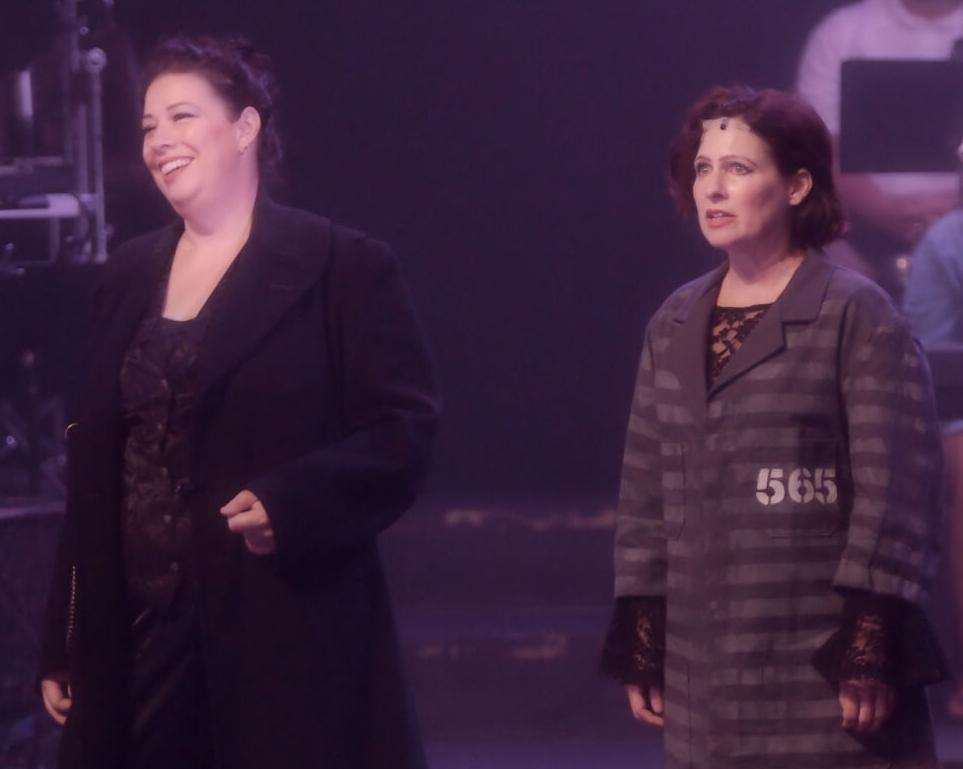 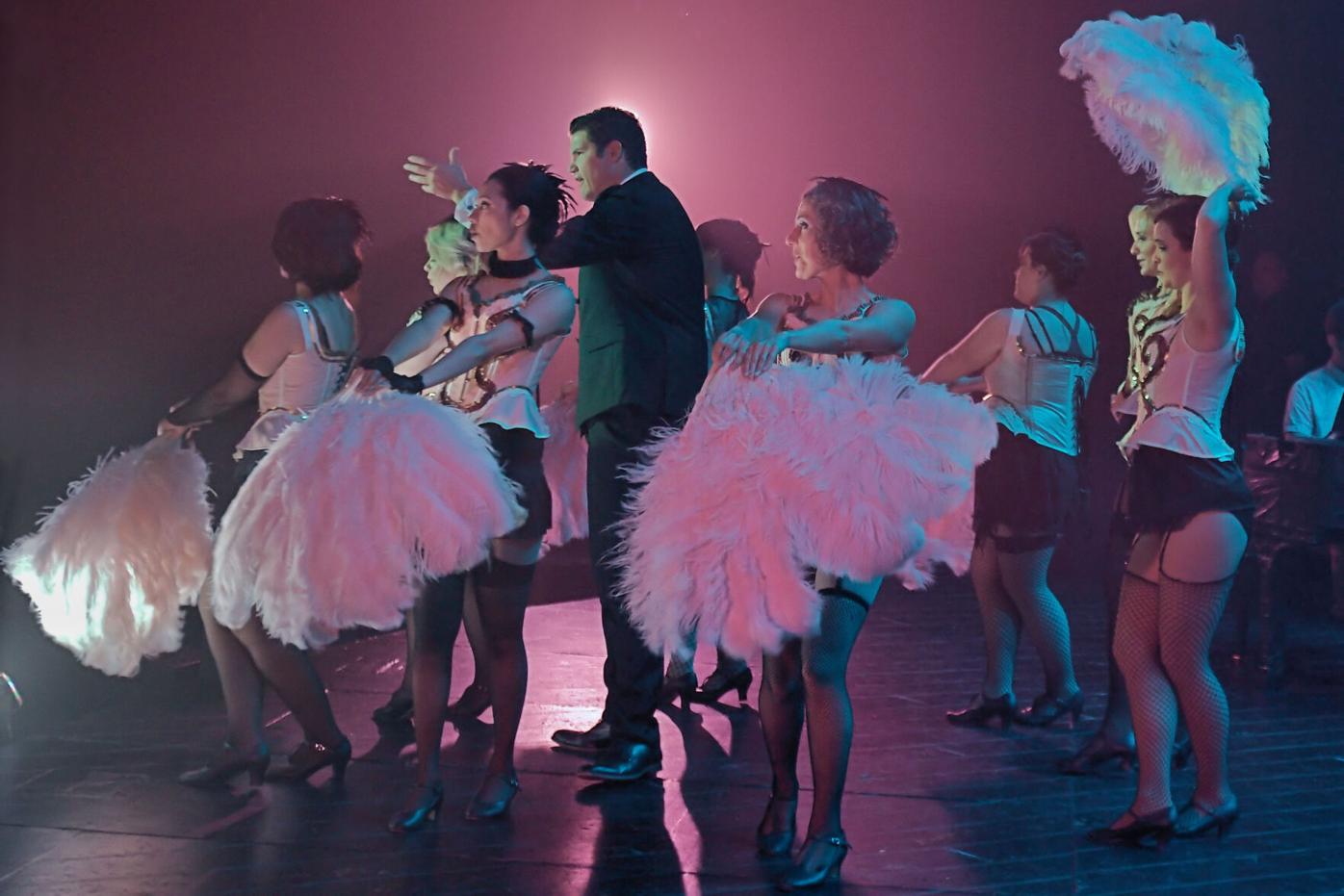 Mark Hespen as silver-tongued lawyer Billy Flynn is introduced by the ensemble in the Quincy Community Theatre production of “Chicago.” The QCT production opens Thursday 7-21-21, for a run of eight shows.

Mark Hespen as silver-tongued lawyer Billy Flynn is introduced by the ensemble in the Quincy Community Theatre production of “Chicago.” The QCT production opens Thursday 7-21-21, for a run of eight shows.

QUINCY — Last year, the Quincy Community Theatre’s production of the hit Broadway show “Chicago” was just days away from being presented to audiences when the curtain came down due to the COVID-19 pandemic.

Now, 16 months after the original scheduled opening, the lights will come up and “All That Jazz” will be delivered to audiences on stage at the Oakley-Lindsay Center’s Theatre.

Director Brandon Thomsen returns for the rebirth of the show, along with most of the cast and crew. There were a few players that, over the course of the past year, had to step away for various reasons. Auditions earlier this year filled in those spots to create this new iteration of the show.

While no one would have asked for a delay of the sort the show suffered, the cast and crew have made the most of the hiatus.

“We started with what we had originally done last year,” Thomsen said. “Then we started making changes. We started to examine why we had done things a certain way and then thought ‘We can do better than that.’ And I think we’ve been able to go deeper with things.”

Bill Nolan plays the hapless, hopeless romantic Amos Hart in the production. He said the work that was done when rehearsals resumed has strengthened the show.

“I have no doubt that this show is better than it was if we’d opened a year ago,” Nolan said. “And it was going to be really good then. I think it’s dramatically better.”

Nolan said the cast stayed together a much as possible through virtual means, but even that took on a different tone as the shut-down dragged on.

“When we went dark, the cast stayed together,” he said. “We did weekly Zoom calls. We would keep rehearsing, we’d do songs together. After a while, that started to feel a little depressing, so we started playing bingo or we’d have a happy hour, but we wanted to stay together.”

Thomsen said the opportunity to have a do-over is something that community theaters almost never get.

“We’re getting the chance to do something most community theatres don’t get the chance to do,” he said. “We get to revisit roles, revisit staging. That’s rare for community theatres. Broadway shows get to do that when they open national tours, they can look at things like that. We don’t get the opportunity to re-mount a show, and that’s essentially what we’re doing. We’re starting with what we already had and finding ways of making it even stronger.”

Joining the cast during this required re-tooling is April Albert. With a history in dance, Albert said the opportunity to perform in a show rooted in one of Broadway’s most iconic choreographers was one of the draws for her.

“I’ve only done one other show, and it wasn’t here,” Albert said. “I’ve gotten to teach and coach dance, but chance to actually perform myself, those opportunities lessen as you get older. So when I heard about this show, and that it was going to be very dance-intensive, that’s what drew me to it. And, of course, learning choreography created by Bob Fosse, the choreographer of all choreographers? It was very appealing.”

One of the tough decisions Thomsen had to make as director was how to handle mitigations for COVID to bring the cast back together. With people dancing and singing so close together, sharing tight quarters in dressing rooms, the decision was made that any returning cast members had to be fully vaccinated.

“We did have some people that weren’t thrilled with that decision,” Thomsen said. “But it brings a level of comfort to people. What I had explained to people was that we are not in a position where we can bend the rules. We have people dancing and singing face to face, with sweat flying everywhere. It was simply the right choice.”

Knowing how hard of a choice it may be for theater-goers to come back to live performances isn’t lost on the cast and crew.

“A year ago, if we weren’t sold out, it was very close,” Nolan said. “Now, we’re asking people to come back to the theatre. And the pandemic’s not over, so I guess I would want to say to those that are willing to take those risks to come to the show, thank you for being willing. We’re thrilled to have the opportunity to share this with you.”