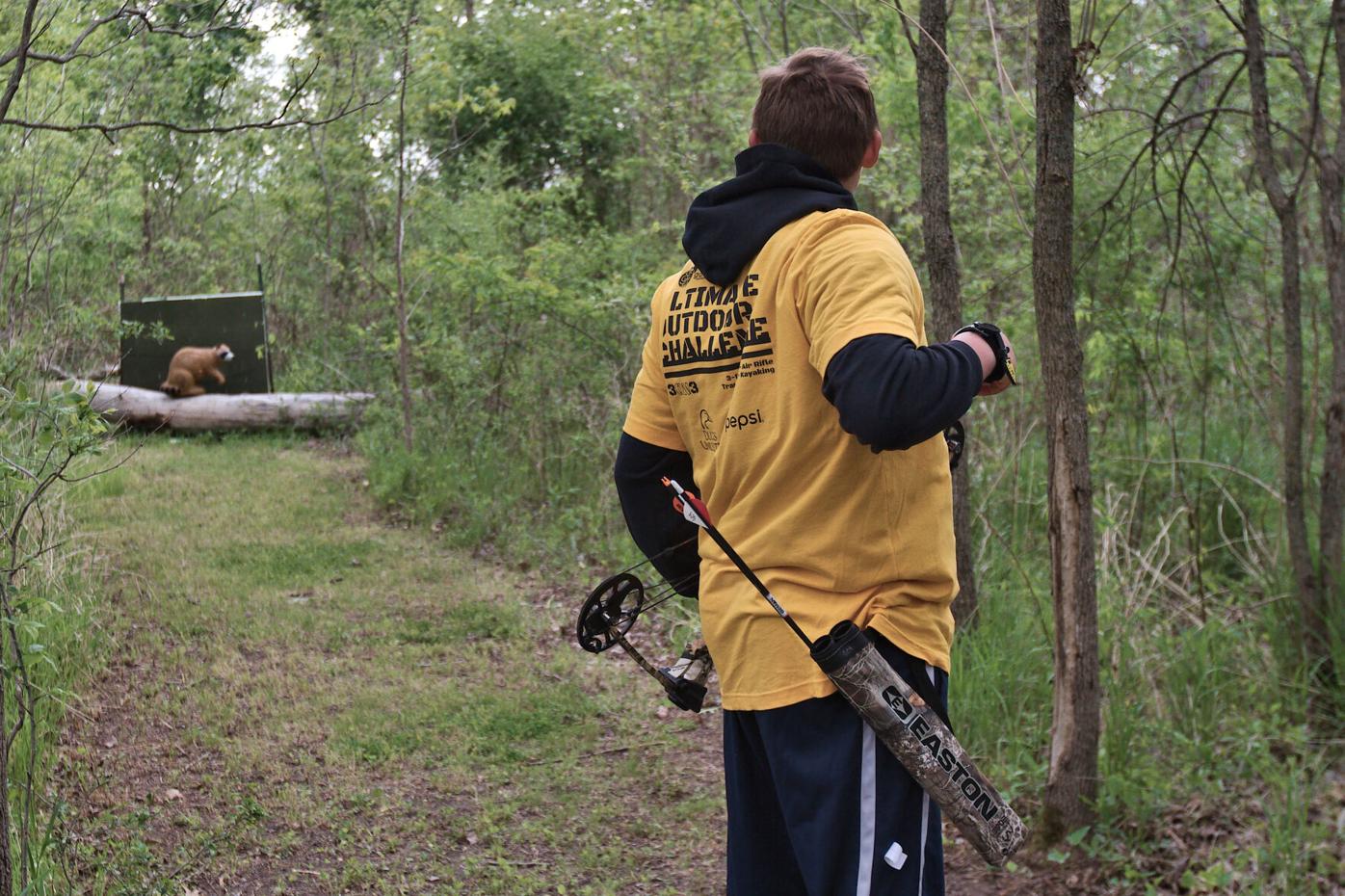 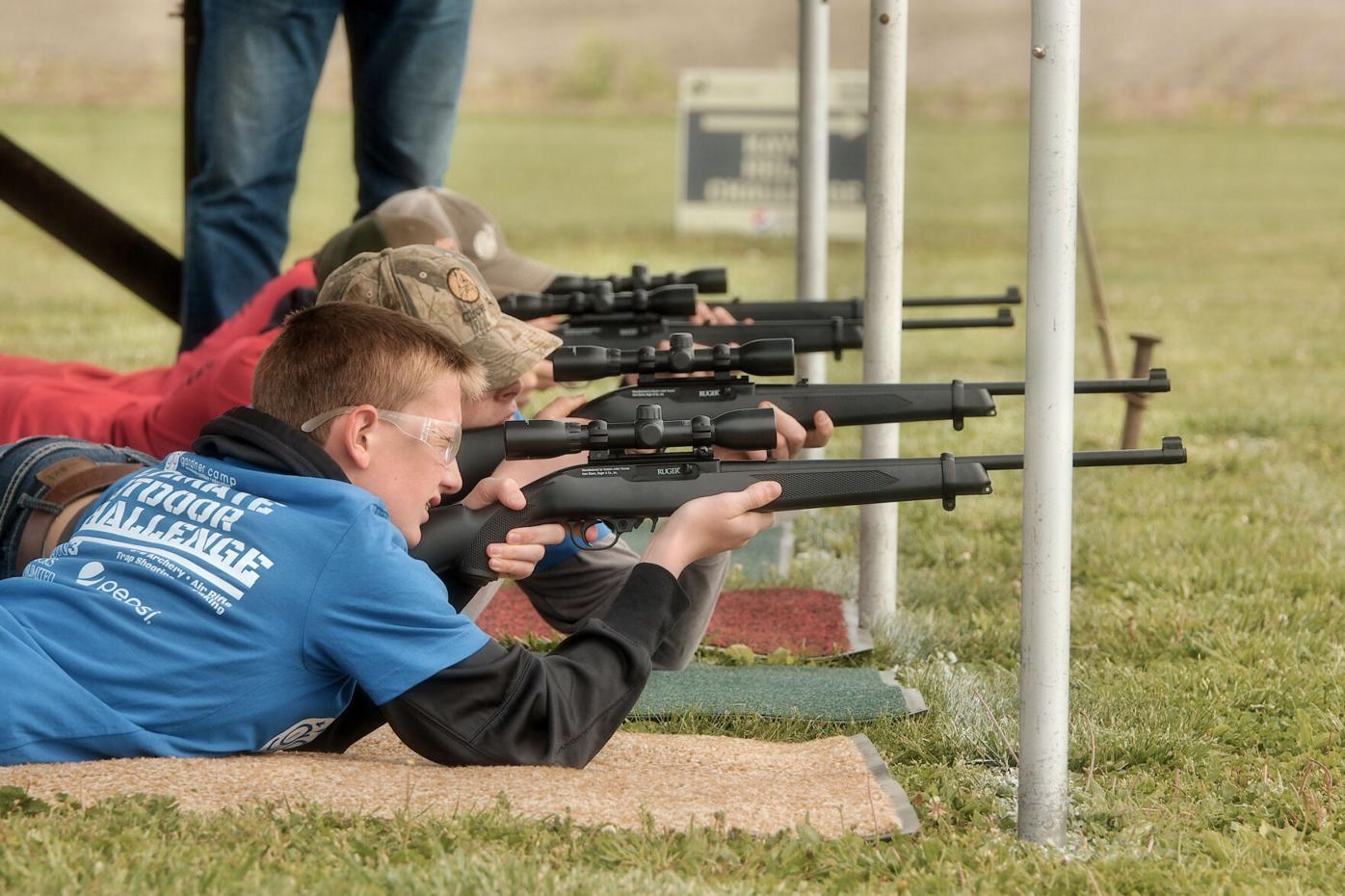 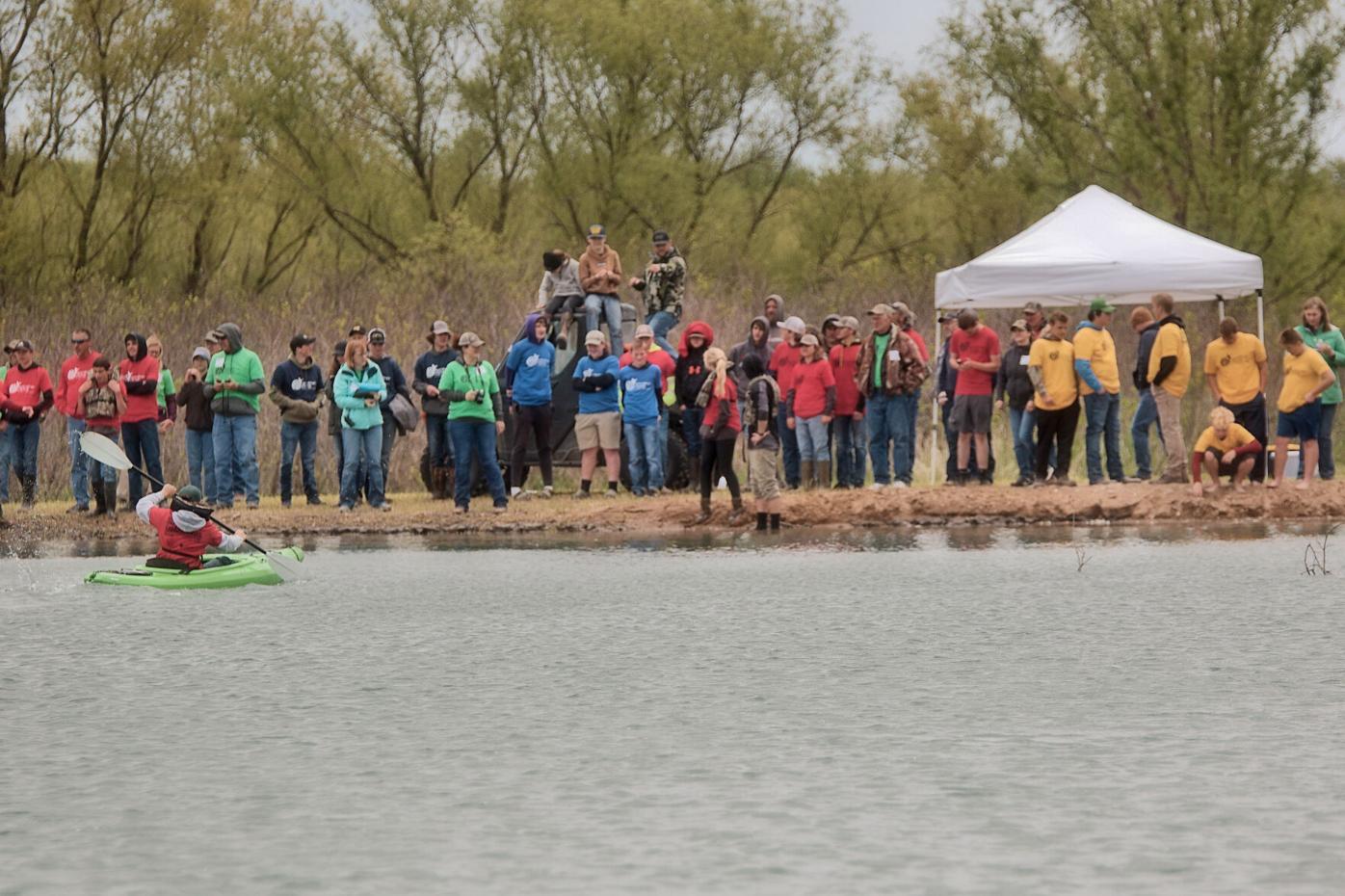 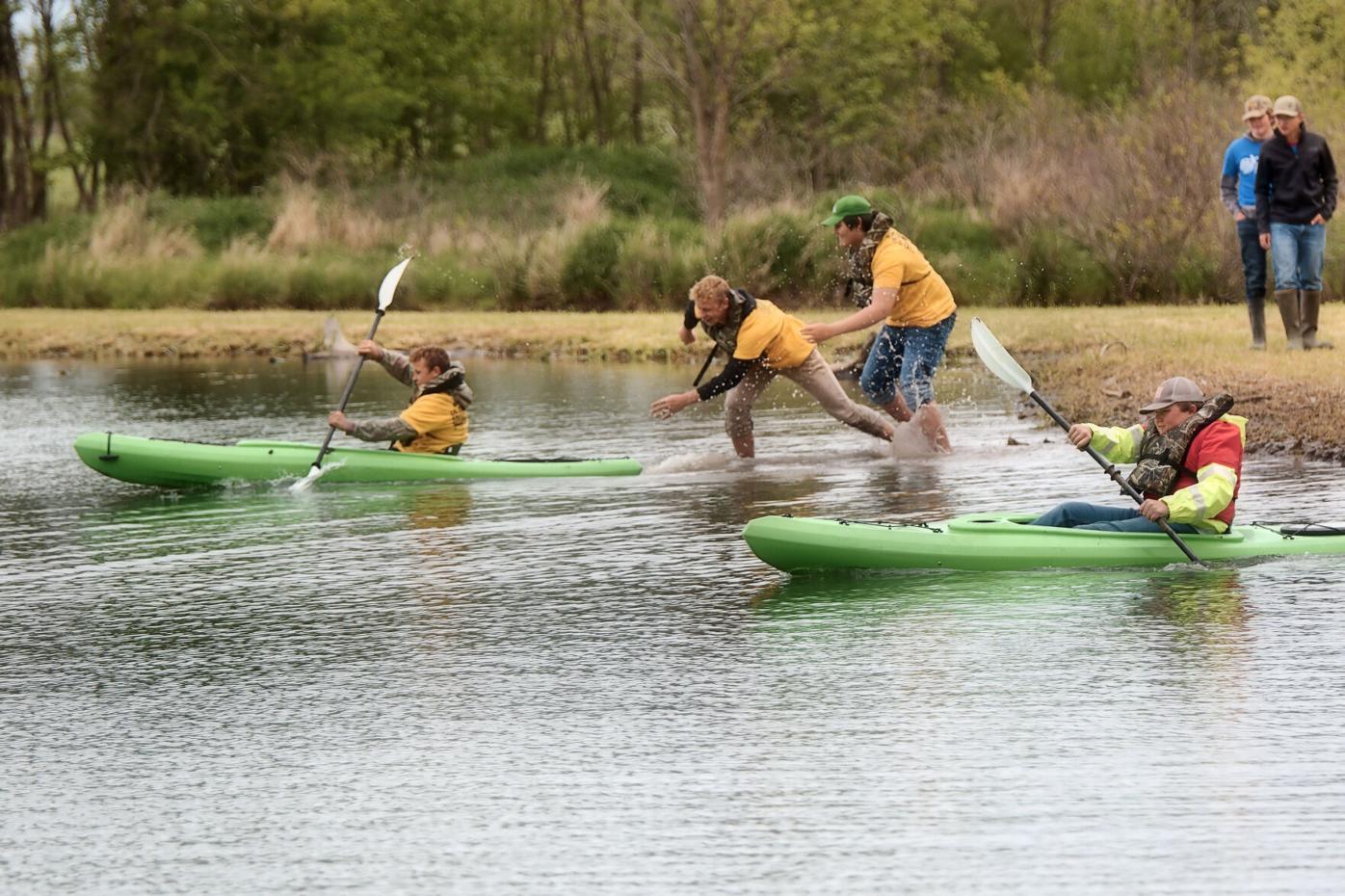 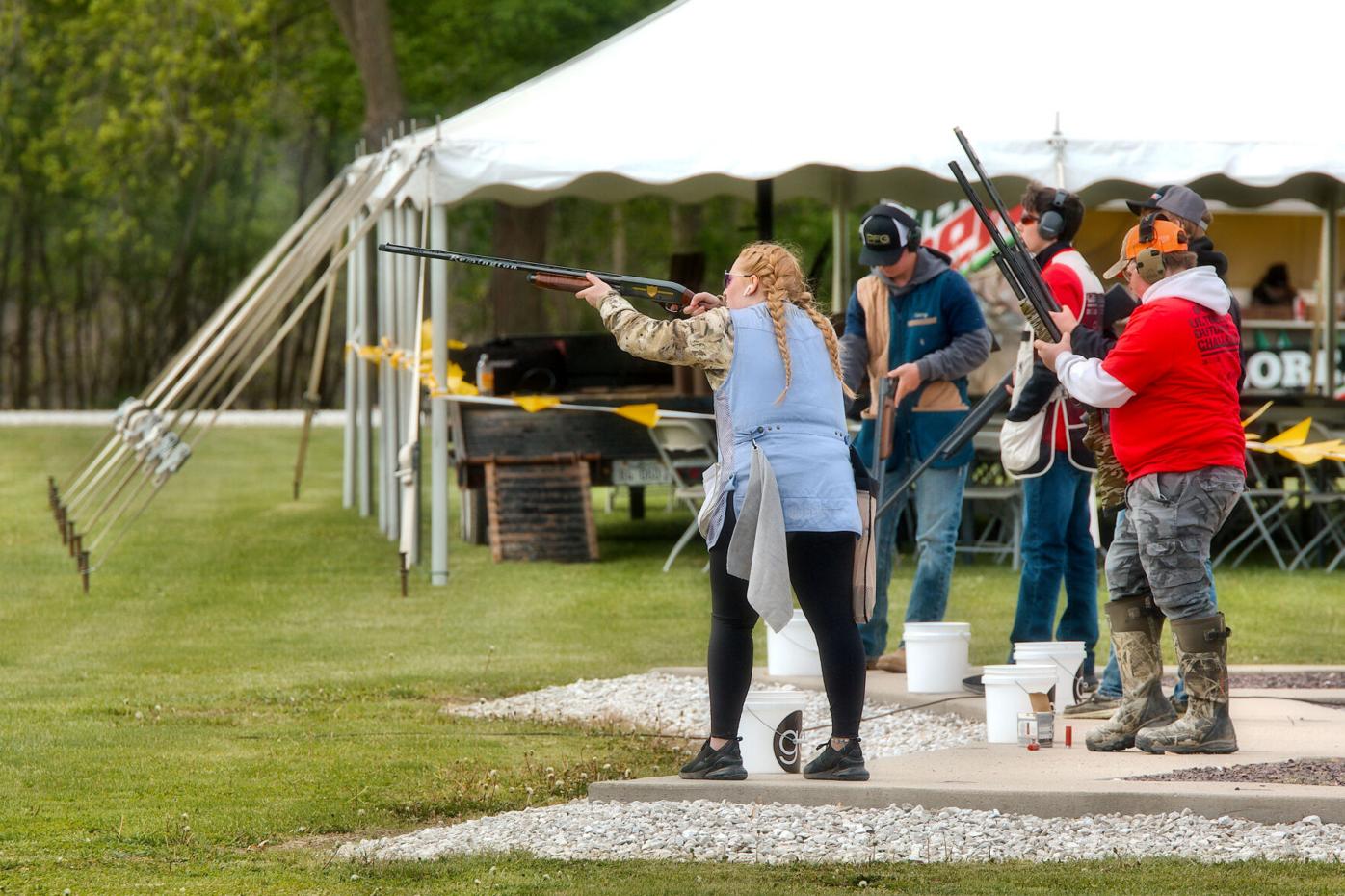 HULL, Ill. — In a familiar refrain that’s been heard at events over the last months, the Gardner Camp in Hull, Ill. hosted their second annual Ultimate Outdoor Challenge in their third year. The inaugural event was held in 2019, but the 2020 edition had to be taken off the calendar.

Saturday morning, however, found the camp property just north of Hull alive with the sounds of teenagers enjoying the chilly air. Bright team shirts, in blue and yellow, red and green, brightened up the cloudy day.

Gardner Camp’s executive director Amy Lefringhouse said participation was up from the first event, though it fell just short of the expectations through no fault of anything but the calendar.

“In 2019, we had 10 teams participate,” Lefringhouse said. “This year, we wanted to have 15 teams, and we did actually register 15, but two of the teams had to back out due to scheduling conflicts.”

The conflicts came from school athletics that are still going on, in a year when all calendars have be turned upside down.

“We thought about moving this back a weekend,” Lefringhouse said. “When we did that, we started running into graduations, and we wanted to have the Challenge while kids are still in school.

“All these kids go to school together,” she added, “so we wanted to catch them before they all start vacations.”

The Ultimate Outdoor Challenge pits the three-member teams against one another in four events. Each team designates their specialist in three events — air rifle, trap shooting, and archery — while all three work together in the timed kayak relay race.

“We we started planning this event, we thought maybe all the members should compete in each event,” Lefringhouse said. “But we realized not everyone can shoot trap, or not everyone can use a bow. Plus, that would have probably been a two-day event to get everyone through the events.”

Lefringhouse said the decision was made to have the specialist system in an effort to get more teams — meaning more kids — involved.

The morning’s events kicked off with the national anthem and the team line-up announcements. From their, the team members for the air rifle and trap shooting events moved off to the appropriate range for safety briefing, instructions, and their competitions.

When all the rifles and shotguns were safed and stowed away, then bows came out. The 13 competitors were spread out across a course of about ⅔ mile for 10 different target stations. They demonstrated their skills as they rotated through all 10stations, taking aim at the 3D target version of such things as raccoons, deer, a fish and an alligator.

Once all the individual events were completed, it was time for the raucous and rowdy kayak relay. What made this event different is that teams weren’t spread out in various groups for different events. Instead, all the participants and their accompanying friends and family lined the shore of one of the camp’s ponds. In side-by-side races, each member of two different teams took their turn to paddle out, turn around a buoy, and paddle back, then switch to the next competitor. Each three-man team had their times totaled to be added to the scores for the day.

When all the points were totaled, Riley Perrine of Louisiana High School took home the top honors in the air rifle event, while Luke Cumby from QHS had the top score for the trap shoot. Jaxen White from Western Junior High managed a perfect score in the 3D archery to take the win.

Second place went to the Country Comets from QJHS, thanks to efforts of Easton Schutte in trap, Tanner Mueller in archery, and Lane Steinkamp in air rifle.

The winning team for this year’s event, collecting a $1,000 check from Illinois Ducks Unlimited for their school, were the Spartans from Moberly High School. Moberly was represented by Hunter Boots shooting trap, Gage St. Clair on archery, and Carter Smith with the air rifle.

The Spartans said the $1,000 prize would be donated to the Moberly FFA. The winning team also took home a prize pack valued at $800.

The Gardner Camp was established through a not-for-profit, private foundation created by John “Jack” Gardner, II. Gardner appointed the State Street Bank trust department to develop the camp into an outdoor education and recreation center for area youth organizations. Hunting, shooting sports, and outdoor education opportunities are available year-round, with operations being guided by a local advisory board.

Over the next weeks, Gardner Camp will be hosting events such as youth archery lesson days and astronomy events. To find all of the information on the camp and for upcoming events, please visit gardnercamp.org.