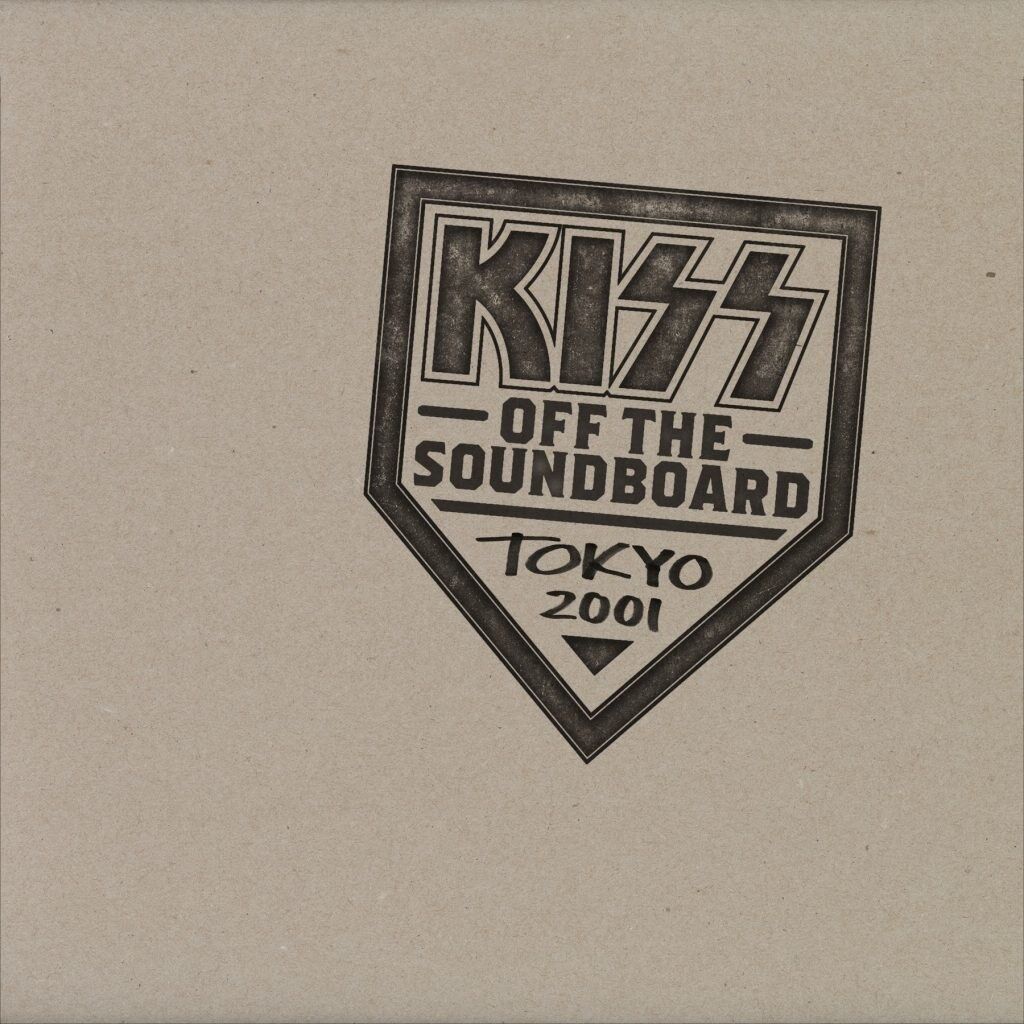 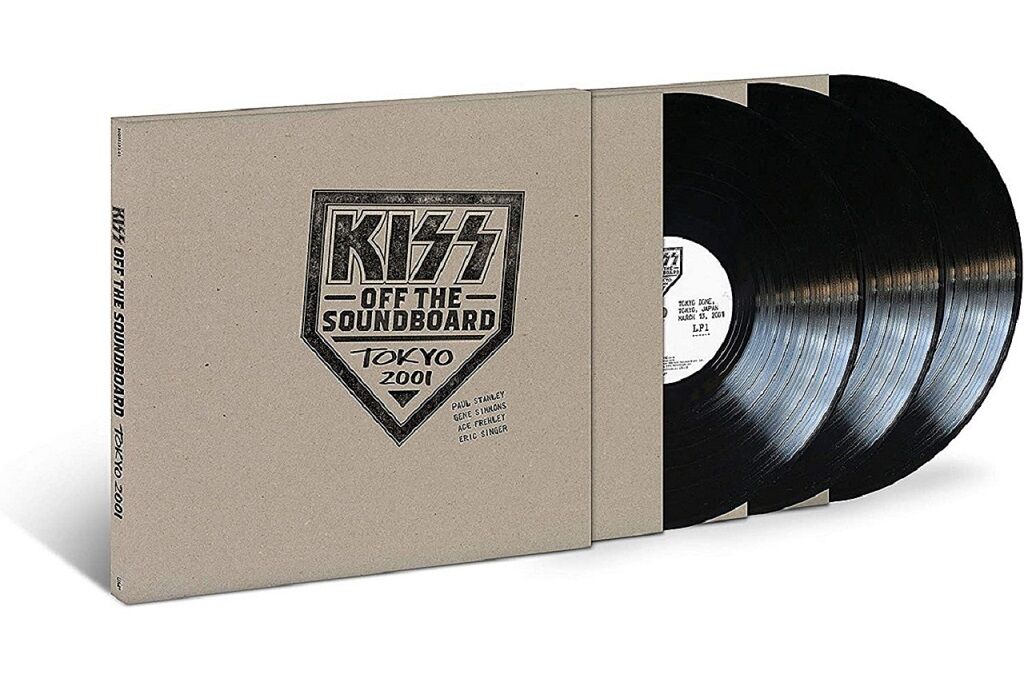 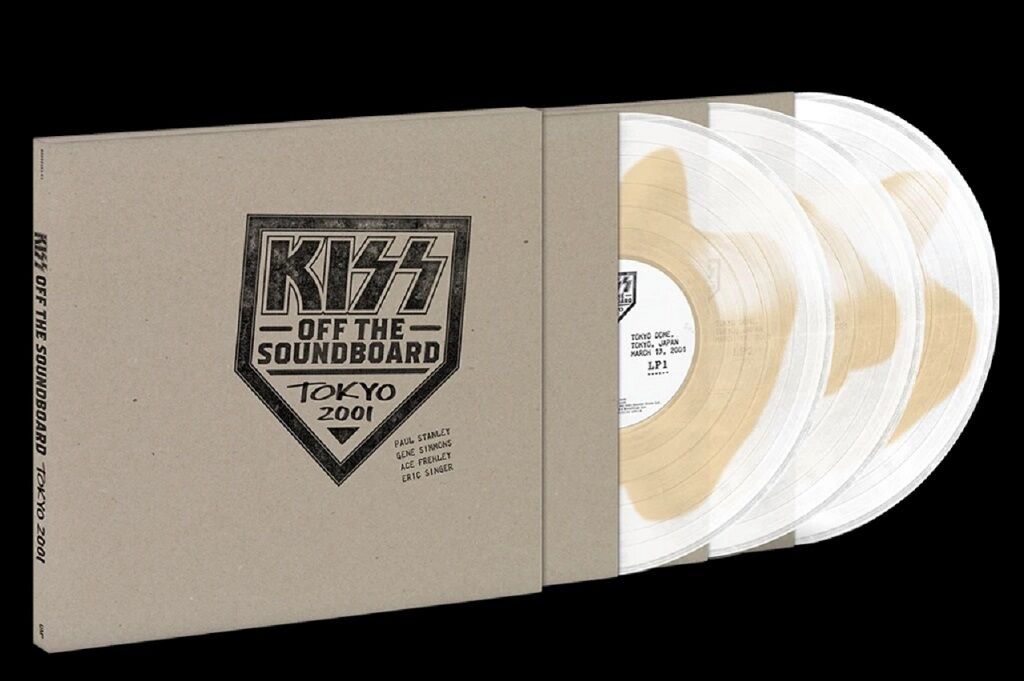 "You wanted the best, you got the best! The hottest band in the world..."

Those words (or variations on the theme) have opened shows around the world for nearly half a century now. Since the founding days of 1973, KISS has always been a live band. They have some really incredible studio tracks, without a doubt, but they were always about the show - from kabuki make-up to stage pyro enough to wither any fire marshal. A blood-spitting vocalist/bass player and a rocket-shooting guitarist flank the stage while the high-kicking vocalist/rhythm guitarist works the crowd like the ringmaster at Barnum and Bailey show and the drummer thunders away over the whole scene from the riser at the back of the stage. That's what KISS is all about, then, now, and always.

The newest release from the New York rockers is actually just over 20 years old now. "KISS - Off the Soundboard: Tokyo 2001" was recorded on the band's stint through the Land of the Rising Sun, ostensibly as part of their reunion tour, but with Eric Singer behind the kit and behind the "Catman" make-up following the departure of original drummer Peter Criss. The show was also exactly one month - March 13, 2001 - before original guitarist Ace Frehley left for the second and final time.

All of that is a long build-up to set the stage for this new live release. The first of what KISS calls their "official bootleg" series. As the title implies, the audio was recorded off the house mix at the Tokyo Dome, letting you hear what that audience heard. Much like last year's Iron Maiden Mexico City release, it recording is rough and raw - exactly what you want in a live album. Too often, "live" means recorded over several nights and mixed to the point of sounding like studio albums with a few between-song words and audience sounds thrown onto it. That's not what this is.

From the opening bellows of that iconic introduction to the instruments to the vocals, you can hear that this album comes right from the show. Frehley's squealing, shredding guitar solo during "Shock Me," the crowd reactions to bassist Gene Simmons's antics during "Fire House," and the call-and-response between front man Paul Stanley and the Tokyo audience is just raw. Eric Singer's signature drum sound, that driving, thunderous cacophony, lays in at just the right levels to not get lost, but not overwhelm.

The set-list carries all the staples of KISS shows that fans would expect over the last twenty or twenty-five years. One standout from the usual suspects, however, is the live take on "Talk to Me," with Frehley on vocals. Coming off of 1980's "Unmasked" album, the song was played on the tour supporting that album, and then stayed on the shelf until the Asian and Australian legs of this 2001 tour. It's a pleasant little surprise for those that know the tour lists front and back.

From "Strutter" to "Psycho Circus," nearly every era of the band is represented in this set. The only notable absence is anything from the mid-80s to mid-90s era. Nothing from "Crazy Nights," "Hot in the Shade," or "Revenge" made the cut. This set was built more to showcase the classic line-up, though, so that's an easily forgiven omission.

KISS has put out a lot of live albums. I can imagine there will be questions asked about why should this one be added to a collection? In my opinion, I think this is possibly the best live album the band has released to date. From a band that has "Alive II" in the catalog, that may seem like a stretch, but this is the most straight-forward recording I've heard, short of actual bootlegs.

I don't ever expect anyone to take my word for anything in these reviews, though. I would suggest you hear it for yourself. "KISS - Off the Soundboard: Tokyo 2001" is available now in multiple formats, including digital downloads, two-disc CD sets, standard black vinyl in a three-record set, or a limited edition clear/bone colored vinyl set exclusive to KISS's online site. Pick the one you want, because "you wanted the best..."