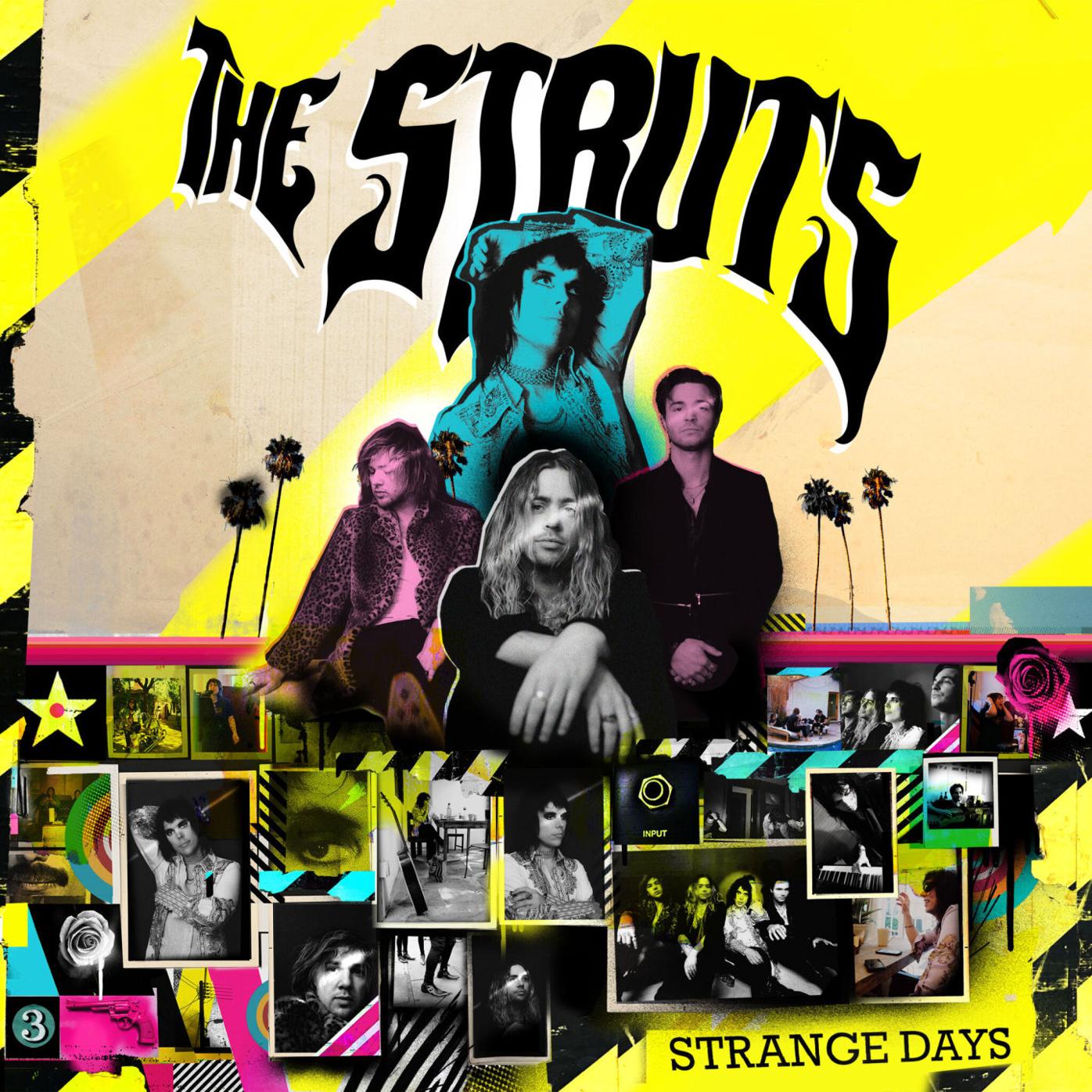 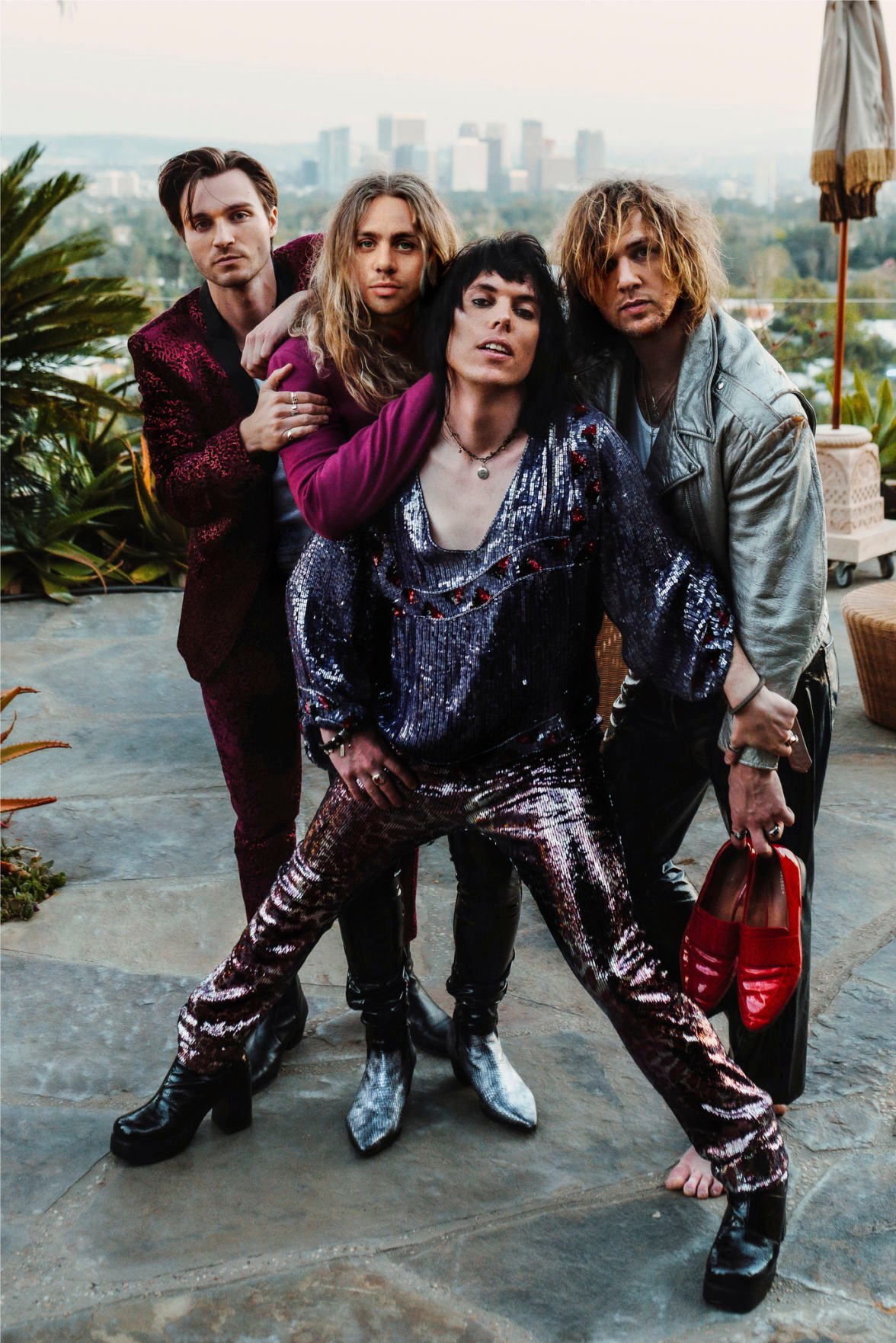 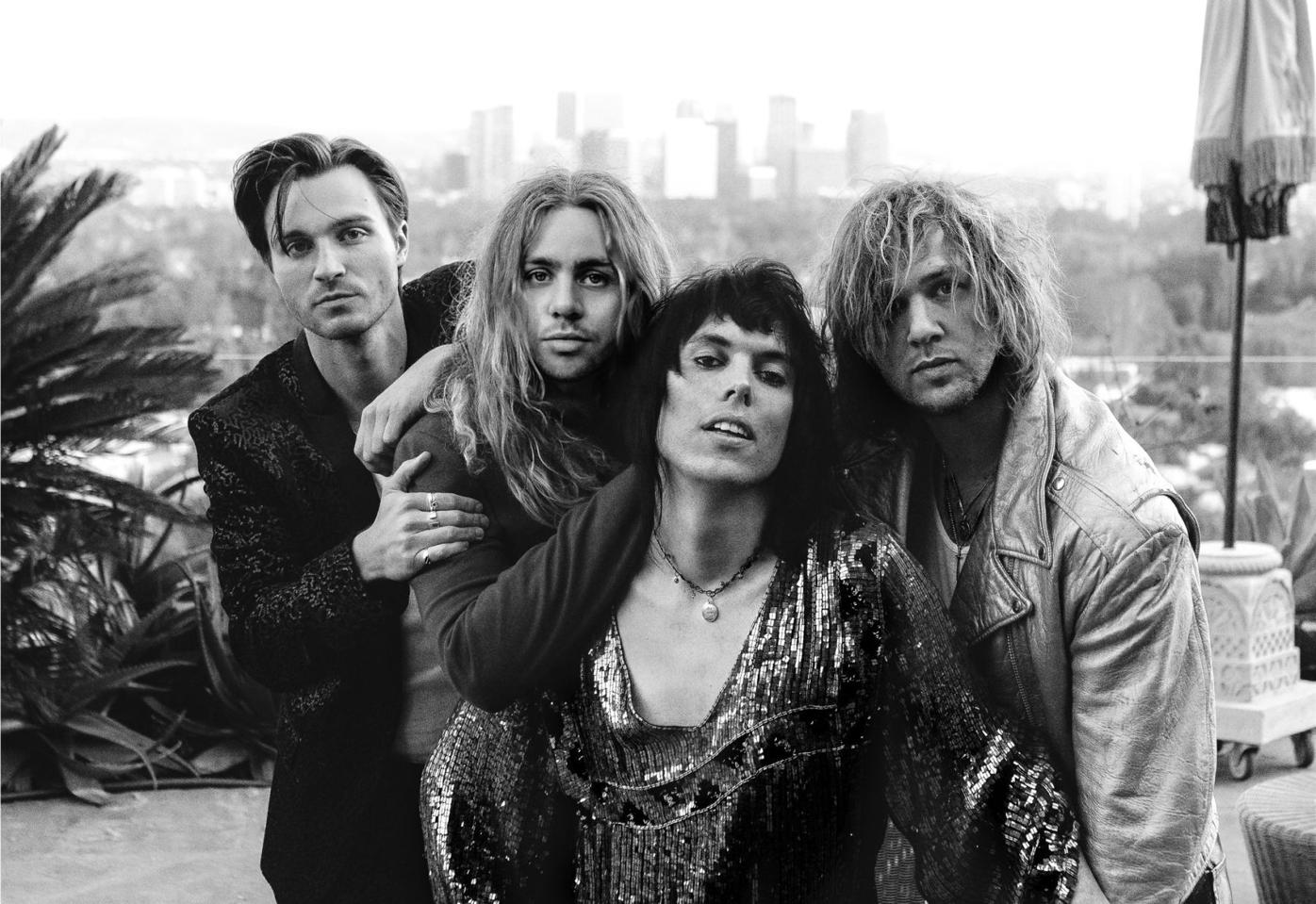 Following the success of their previous albums – “Everybody Wants” and “Young & Dangerous” – and being labeled by Dave Grohl as “the best opening band” the Foo Fighers have ever had, British rockers The Struts are releasing their third studio album this week. With all the flash and panache that frontman Luke Spiller can deliver, and with that incredible band Grohl mentioned, the album – “Strange Days” – brings more of the varied, eclectic sounds that The Struts do so well.

Already spawning three tremendous singles, “Strange Days” has some truly rocking songs, some powerful lower-tempo numbers, and some absolutely stellar collaborations that cover the spectrum. The first song released, on 28 August this year, is “Another Shot of Showmanship” with Albert Hammond Jr, most notably of The Strokes. It’s a very pop-style tune, with a bouncy, plucky opening guitar line that flows throughout the song while discussing the ups-and-downs of working the way to the top of the music world.

The title track landed on 2 September, with vocals being contributed by superstar Robbie Williams, is a song that is truly of the moment, including mentions of the world feeling like science fiction has become reality. While these references could date the song, it feels more timeless than that. It takes skill to walk that line, find that balance, between topical and to have a lasting impact. “We don’t know, it’s unclear, where we’ll be this time next year,” decries the chorus. Is there any more accurate description for these strange days we’re in?

Third off the disc to land on the airwaves comes “I Hate How Much I Want You.” The title of this song sums up pretty well what the track is about: A couple that can’t seem to stand each other, but also can’t get away from the pull of one another. This track features both frontman Joe Elliot and guitarist Phil Collen from iconic rockers Def Leppard. Tinged with aggravation, frustration, jealousy, and wanting, the song hits all the right (power) chords of just a good hard, rockin’ song.

The fourth track with a major collaboration comes in the form of “Wild Child,” featuring the screaming six-string work of Rage Against The Machine’s Tom Morello. This song has a very 70s groove-oriented rock feel. I could see this landing in a mix with classics from the likes of Deep Purple or David Bowie, or more modern tracks from someone like Dirty Honey or Rival Sons. It’s just slots in perfectly in that feel, that...well, groove. I know I used that word already, but it’s just so fitting for this track.

“All Dressed Up” has a more traditional feel of a song from The Struts – whatever their traditional feel is! It bops along like something you’d expect to hear from a pop artist – and features some incredible horn work by Rachel Mazer, as do several other songs on the album – but with the rock edge that comes from Adam Slack’s lead guitar work, Jed Elliott’s thumping bass, and Gethin Davies work behind the kit. Another song that addresses the times we’re currently existing in, the chorus of this track laments the absence of the simple act of going out. “Headlights, glowin’ like the sun! / All revved up with nowhere to run / Oh, oh, silver, cream and gold! / All dressed up, with nowhere to go.” We’re all feeling that right now.

This is a good spot to bring up something I’ve said about The Struts in the past, and this album reinforces strongly. If you are even a little bit of a fan of the band, the first vision that probably pops into your head is that of Luke Spiller’s bombastic, flamboyant presence along with his heir-to-Freddie vocal style. But, just like with Queen, you get caught up in the brilliance of the light coming off that frontman and it’s easy to forget about the other three in the band. But also like Queen, once you listen to the songs, you realize that the strength of those these – Slack, Elliott, and Davies – is what allows Spiller to soak up that spotlight. Without their ability to step back a bit, do their job so spectacularly, then you’ve just got a guy out there strutting (so to speak) like a peacock. As it is, the great rock band helps showcase the guy out front.

“Cool” is a track that could have been ripped right out of Mick and Keith’s secret stash, with the protagonist of the song challenging his counterpart in the greatest of sports – flirting, romance, connecting with each other. “Baby that’s cool, cool, cool / I can play that game, too.” There’s a bridge in the middle of this song that simply drips with the blues flavor that would come from a classic Stones number.

There are several other incredible tracks on the album (there’s not a skip in the bunch, in my opinion!), but the real surprise for me came in the form of a cover song. The Struts are well known for covering artists in their live sets, usually landing on David Bowie, Queen, or even Bruce Springsteen. But for this album, they went a different route. Reaching back to the 1976 hit album “Destroyer” from KISS, The Struts put their own spin on “Do You Love Me,” with the storyteller wondering if a woman loves him, or is simply in love with the rock-and-roll lifestyle. When you know the song was co-written on one Mr. Kim Fowley, you can easily draw the line from their to 2020 and The Struts.

With remaining songs like “Burn It Down,” “Can’t Sleep,” and the closer “Am I Talking To The Champagne (Or Am I Talking To You),” The Struts have turned out a 10-track album that lives squarely in the present, but reaches strongly for an optimistic future, when they’ll be in front of thousands of screaming fans again, all singing along to every word of every song. There’s a reason so many other stars have come in to feature on this album: They know the real deal when they hear it.