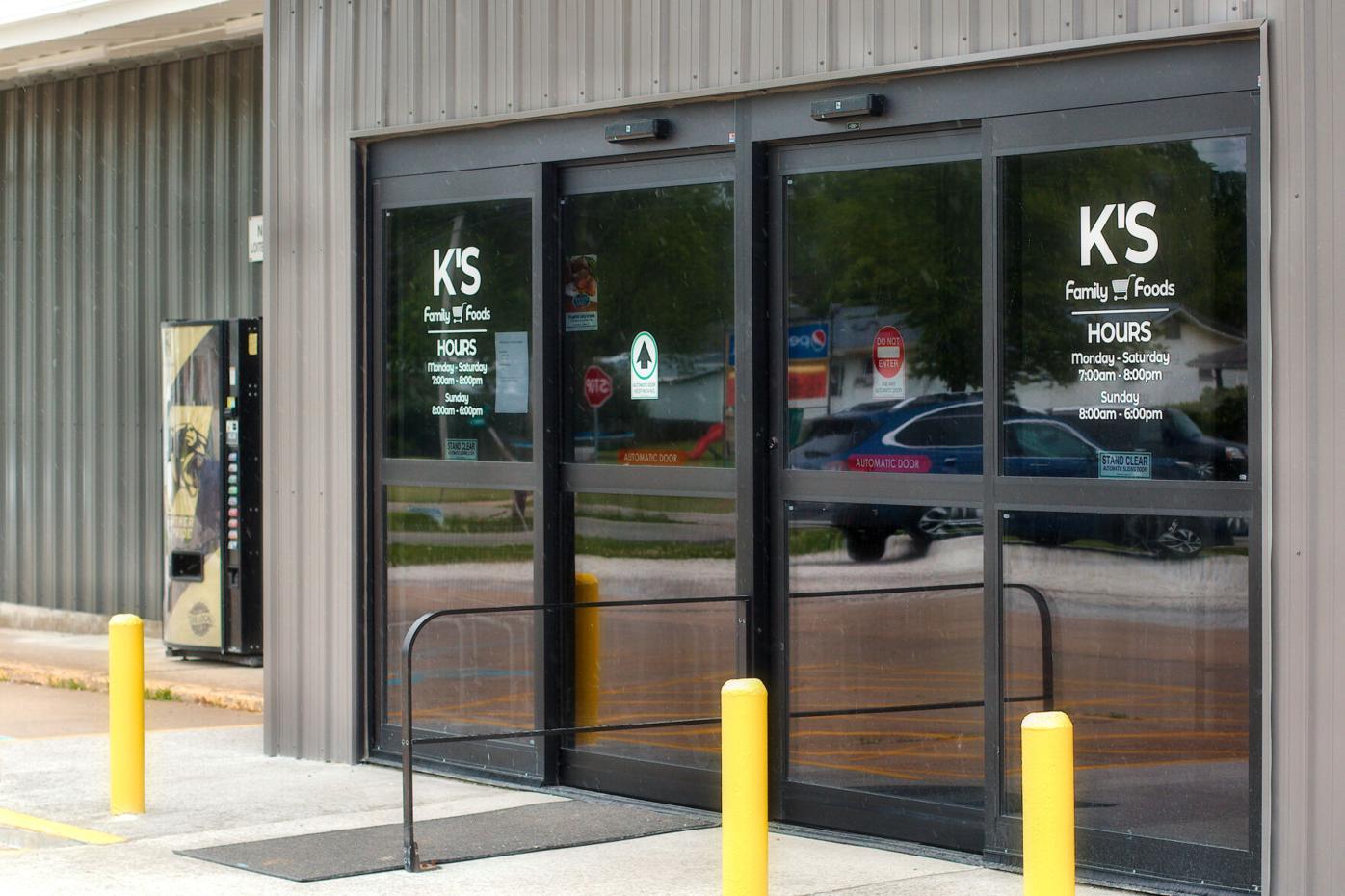 K's Family Foods in Camp Point has now been open for six months. The store was purchased by Kevin and Kelly Lash after the previous owner closed due to the COVID-19 pandemic. 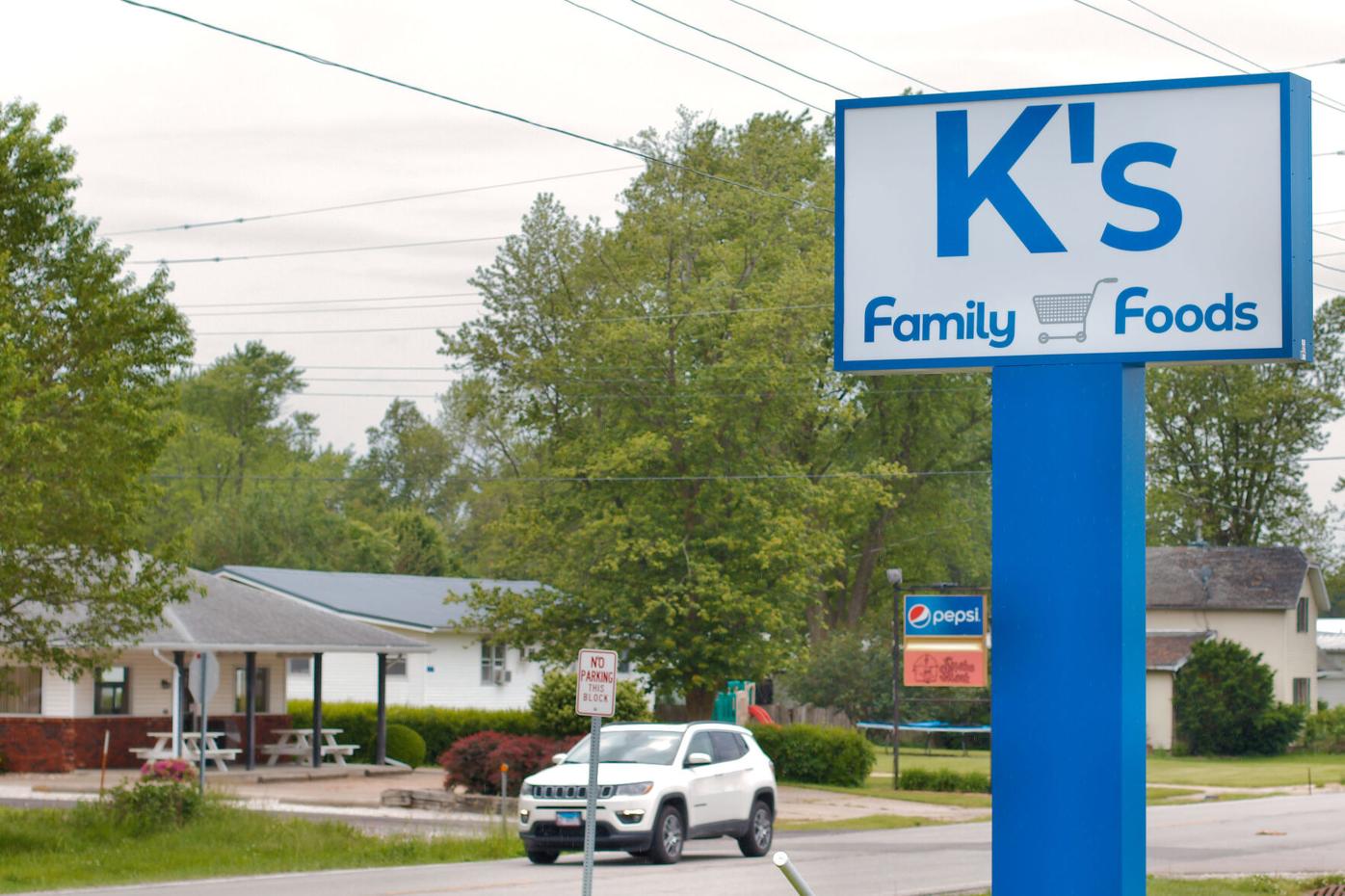 K’s Family Foods in Camp Point has now been open for six months. The store was purchased by Kevin and Kelly Lash after the previous owner closed due to the COVID-19 pandemic.

K's Family Foods in Camp Point has now been open for six months. The store was purchased by Kevin and Kelly Lash after the previous owner closed due to the COVID-19 pandemic.

K’s Family Foods in Camp Point has now been open for six months. The store was purchased by Kevin and Kelly Lash after the previous owner closed due to the COVID-19 pandemic.

CAMP POINT, Ill. — In March of 2020, owner Jim Bent closed his family’s grocery store due to risks from the pandemic that was just taking hold and complications the crisis was creating in supply lines. Camp Point went without a local grocery store for nine months before the doors re-opened under a different name, and a different owner, but still as a family-owned store that was driven by community first.

“Neither one of us has grocery store experience,” Kelly Lash said. Lash and her husband Kevin opened K’s Family Foods in December 2020. “We just jumped in blind.”

Lash said the store was nearly ready to go when they bought it, with all the fixtures still in place and just needing a little updating.

“The bones were good,” she said. “We wanted to make it our own, so we tore up the floor, we painted. Basically we gave it a facelift.”

Kevin Lash is also the owner of an heating and air conditioning company, so any needed repair work on the coolers and refrigeration systems could be done without the cost of labor involved.

Kelly Lash said that even though it sounds cliché, the small-town feel and getting to know the people coming in is one of the things that drew her into the grocery business.

“I’ve never lived in Quincy,” she said. “I enjoy knowing everyone, building those relationships with everyone.

The ease of having a store available without a long trip was also a contributing factor.

“My husband and I have seven kids, so we eat a lot,” Lash said. “We realized we missed the convenience of coming here. And then with COVID, no one wanted to get out and go to Quincy. That’s when we really missed it, because there was nowhere to go besides Quincy.”

Lash said the welcome from Camp Point residents and those of surrounding towns has surpassed their expectations.

“The support has been overwhelming,” Lash said. “We expected it to be busy, especially since we opened just before Christmas. But we’ve never slowed down. We’ve had a constant flow, and as the weather’s gotten nicer, we’ve gotten busier.

“We have a lot of great things going for us,” she added. “We have fresh doughnuts from our bakery, a full, fresh meat department. We have fresh produce, nobody else has that once you get away from Quincy.”

Lash and her husband were award the 2020 Business Person of the Year from the Camp Point Business Association for their work in re-opening the store.

“We’ve been open six months and people are still telling us they’re happy the grocery store is back again,” Lash said. “People wrote in nominations for the award, and were just saying they were happy that our family has put our blood, sweat, and tears into the place.”

Lash said the store isn’t done growing yet. In the next few months, the goal is to add more fresh, ready-to-eat sandwiches and meals, particularly for lunch time. It’s a gap in the options around the Camp Point area that they think they are in a position to fill.

After spending nearly two decades as part of the Camp Point community, Lash said she had wanted, and continues to want, to meet the needs of her friends and neighbors.

“Our friends shop here, our kids’ friend’s families come in,” she said. “They know we like to give back to the community. That was Kevin and I’s biggest thing, we saw a need in the community. Not just for ourselves, but everyone was utilizing the store, and then it wasn’t here.

“People don’t want to go to Quincy and deal with crowded parking lots just to run in and grab something,” Lash added. “They’re happy to just stop on the way home.”