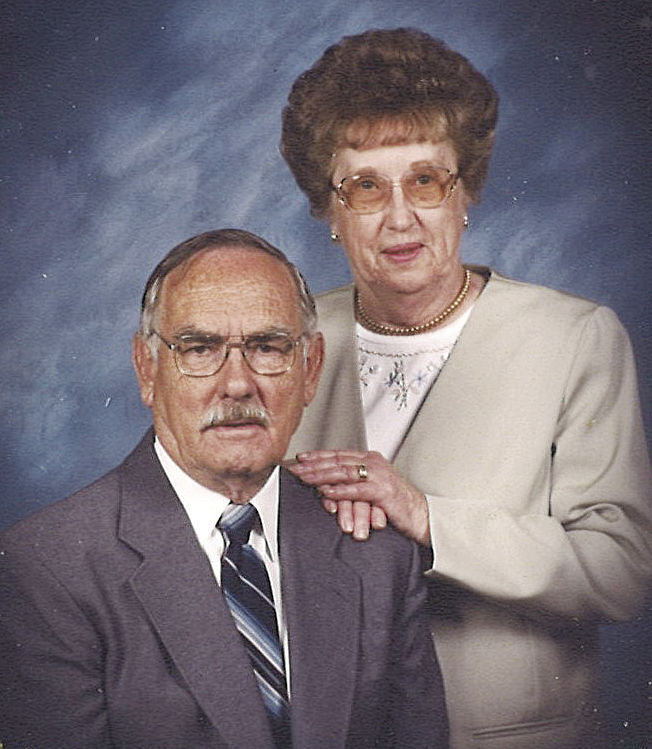 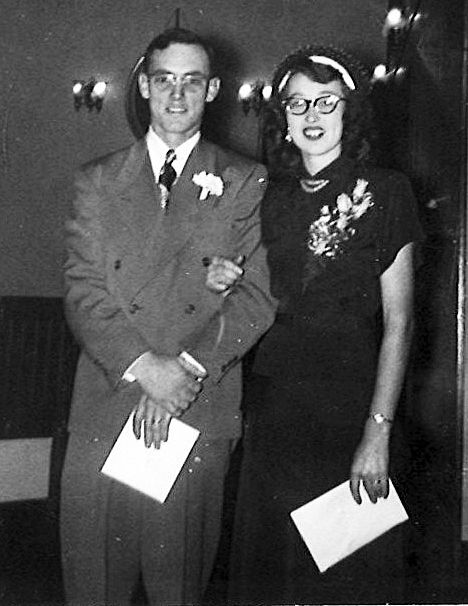 They were married in Madison Park Christian Church in 1951.

Betty is the daughter of the late Roy and Willodeane McDonald.

Gene is the son of the late Aris and Pearl Cox.

They are the parents of Joe Cox and wife Tammy of Cincinnati, Ohio, and Jim Cox and wife Joyce of Mahomet, Ill.

Mr. Cox was employed by Hinton Motor Service for 17 years, Meinhardt Cartage for 10 years, and Illinois Wheel & Brake for 14 years, before retiring. He served in the Navy during World War II and is a member of Veteran of Foreign Wars and American Legion.

Mrs. Cox was employed as a presser at the cleaners and later at Brown Manufacturing.

They are members of Union United Methodist Church.