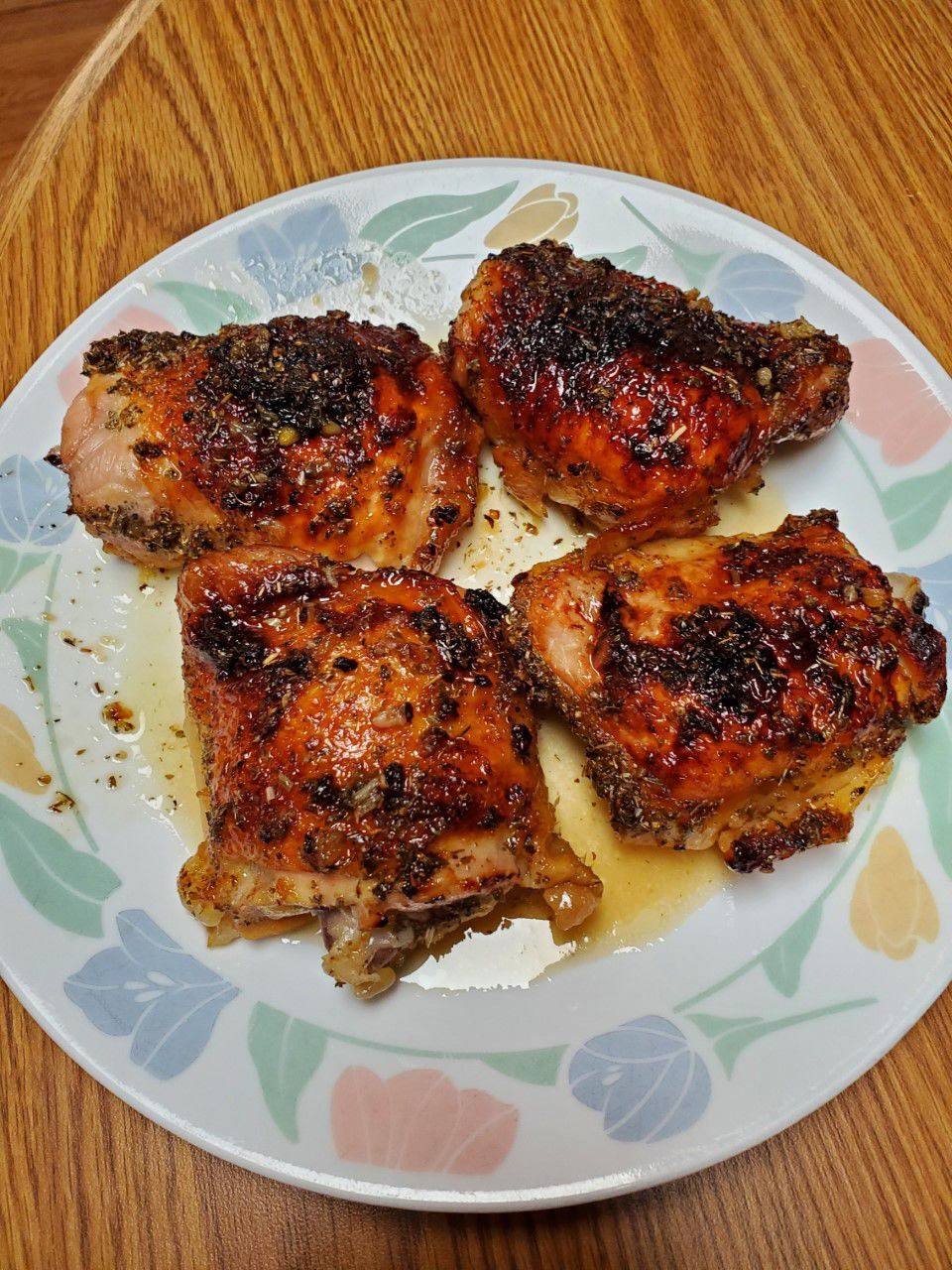 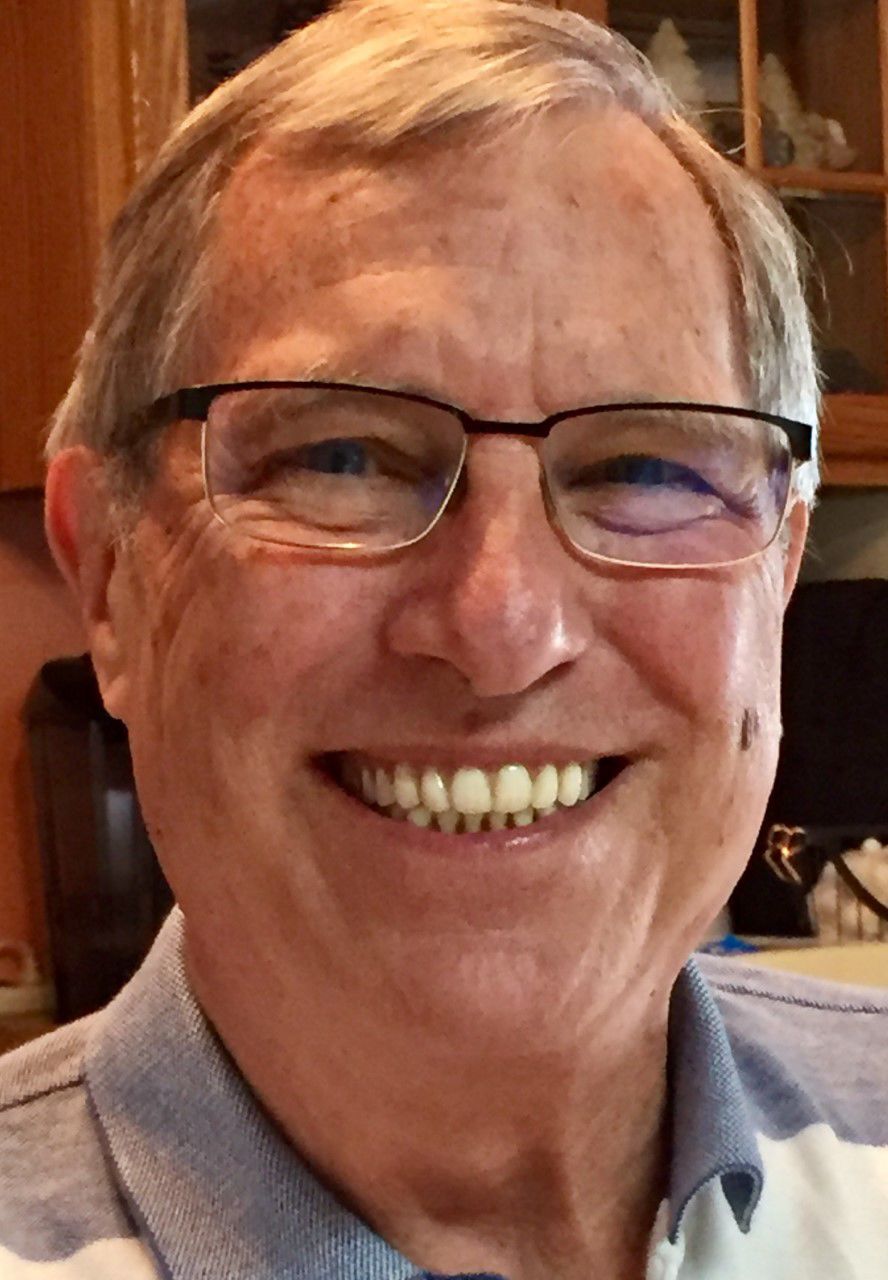 Careful prep work, whether cubing beef and pork for the chop suey to whatever a recipe calls for, is just as important as understanding timing in the kitchen.

"Timing is probably one of the more important things — when you start something as compared to when something else is cooking so it's all done at the same time," Meyer said. "The other thing would be using fresh, or the right, ingredients."

When making his homemade Pizza, for example, Meyer shreds the mozzarella cheese by hand because it melts better than packaged shredded cheese on top of his Basic Pizza Sauce and toppings like his favorite pepperoni or his wife's country, not Italian, sausage and ham.

Basil, parsley and chives growing just outside the kitchen in the summer months add more fresh flavor to dishes.

"I'm a pretty firm believer in doing stuff homemade. I don't do a lot of package stuff unless for convenience," he said.

The Quincy native learned to cook by paying attention to his mom and grandma in the kitchen and honed his skills preparing meals for himself while his mom worked as a nurse. Meyer followed her into nursing, working at both Blessing Hospital and St. Mary Hospital, before spending more than two decades as an Illinois state trooper.

All the while, he continued to cook for his wife Terry and their two sons, usually focusing on main dishes. "We'd have a vote at the end of a meal sometimes on something new. Do we do this again, or let's scrap this recipe," Meyer said.

The five grandkids inspired even more cooking from their favorite "brown soup," officially a modified version of Hot and Sour Soup, to decorated themed birthday cakes and what the family has come to call Shrimp Soup. "It's almost like a bisque, but there's no broth in it only clam juice," Meyer said.

"It's all kinds of stuff thrown together, then you taste it to see what does it need," he said. "I don't readily know the quantities I'm using except by taste. I have a recipe to go off of and get some ideas."

Garlic-Lemon Chicken makes a tasty main dish, and Italian Roasted Potatoes are a favorite side dish for many meals.

"Cut up potatoes, boil them so they get done, but not mushy, and toss in Italian dressing," he said. "Put them in the oven to get crisp, or you can put them in foil and throw them on the grill."

To add to the fun of a barbecue, Meyer might bring Homemade Marshmallows for toasting.

"They are tedious and sticky, but they're fun," Meyer said.

Having fun is key to Meyer's cooking — and to his other interests of photography and music.

"I've played in bands for 50 some years. The best one was when my youngest son and I had a band," said Meyer, a drummer, who now is learning to play guitar. "I have fun doing it. I don't play guitar because I'm good. I play guitar because i like it. As soon as I learn a song all the way through, I'll be happy."

2 to 3 dried cloud ear mushrooms, soaked in warm water for 30 minutes (save 1/4 cup of the soaking liquid)

Shred the pork into matchsticks. Cut the mushrooms into bite-sized pieces. Lightly beat the egg.

1 pound medium peeled and deveined shrimp, cut in half

Combine all ingredients in a large pot. Simmer 30 minutes. Add a small amount of cornstarch slurry, if desired, to make the soup glossy but not thick.

Stir yeast and sugar into the water; let sit for about five minutes.

Add flour and salt to the bowl of a stand mixer with a dough hook. Add yeast mixture, and start on low speed. When dough is starting to come together, add the olive oil. Increase speed to medium, and knead about 10 minutes. Roll out and top as desired.

Empty tomatoes into a mixing bowl, and coarsely crush with a fork or your hands, leaving them just a little chunky. In a heavy-bottomed two-quart saucepan, add the olive oil over medium-high heat. Add onions, and saute until slightly translucent. Add garlic, and saute about a minute until golden. Quickly add the crushed tomatoes. Stir well, and bring to a simmer. Season with salt and pepper to taste, and add the basil and oregano. Add a touch of sugar, if desired, or if tomatoes are tart. Simmer over low heat, stirring often, for at least 15 minutes.

Spread on a sheet pan, and bake at 375 degrees until browned, stirring occasionally. Season with salt and pepper to taste.

Place the gelatin into the bowl of a stand mixer along with 1/2 cup of the water.

In a small saucepan, combine the remaining 1/2 cup water, sugar, corn syrup and salt. Place over medium high heat, cover and allow to cook for 3 to 4 minutes. Uncover, clip a candy thermometer onto the side of the pan and continue to cook until the mixture reaches 240 degrees. Immediately remove from the heat.

Whisk gelatin mixture on low speed, and with mixer running, slowly pour the sugar syrup down the side of the bowl into the gelatin mixture. After adding all the syrup, increase speed to high. Continue to whip until the mixture becomes very thick and is lukewarm. Add vanilla during the last minute of whipping.

While mixture is whipping, prepare the pan. Combine powdered sugar and cornstarch in a small bowl. Lightly coat a 9x13-inch baking pan with nonstick cooking spray. Add sugar mixture, and completely coat bottom and sides of pan. Return remaining sugar mixture to bowl for later use.

Store in an airtight container for up to three weeks.