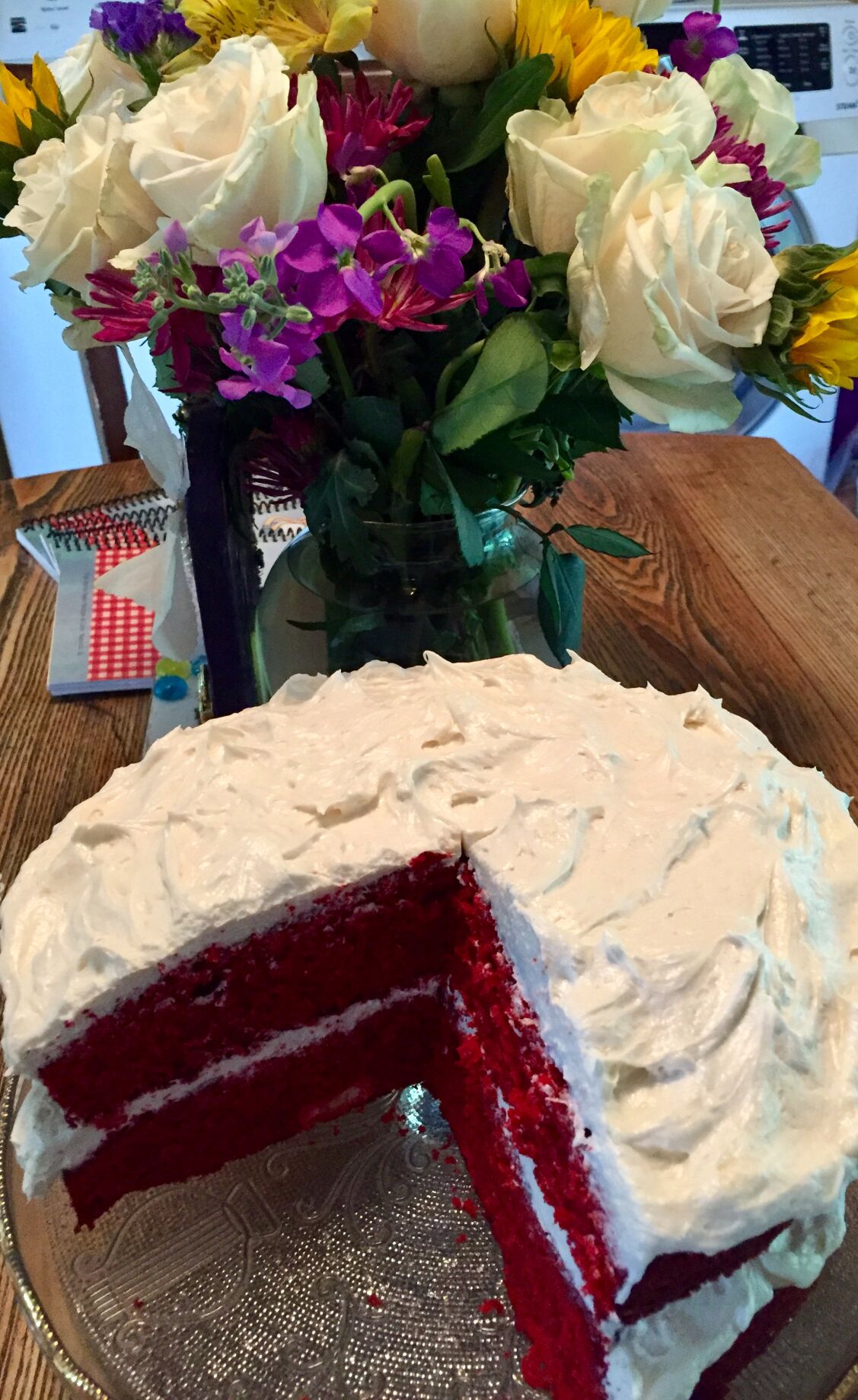 Ellen Hundt's mom made her Red-Red Cake "always for a special event, a birthday or something like that," Hundt said. "It's really good." 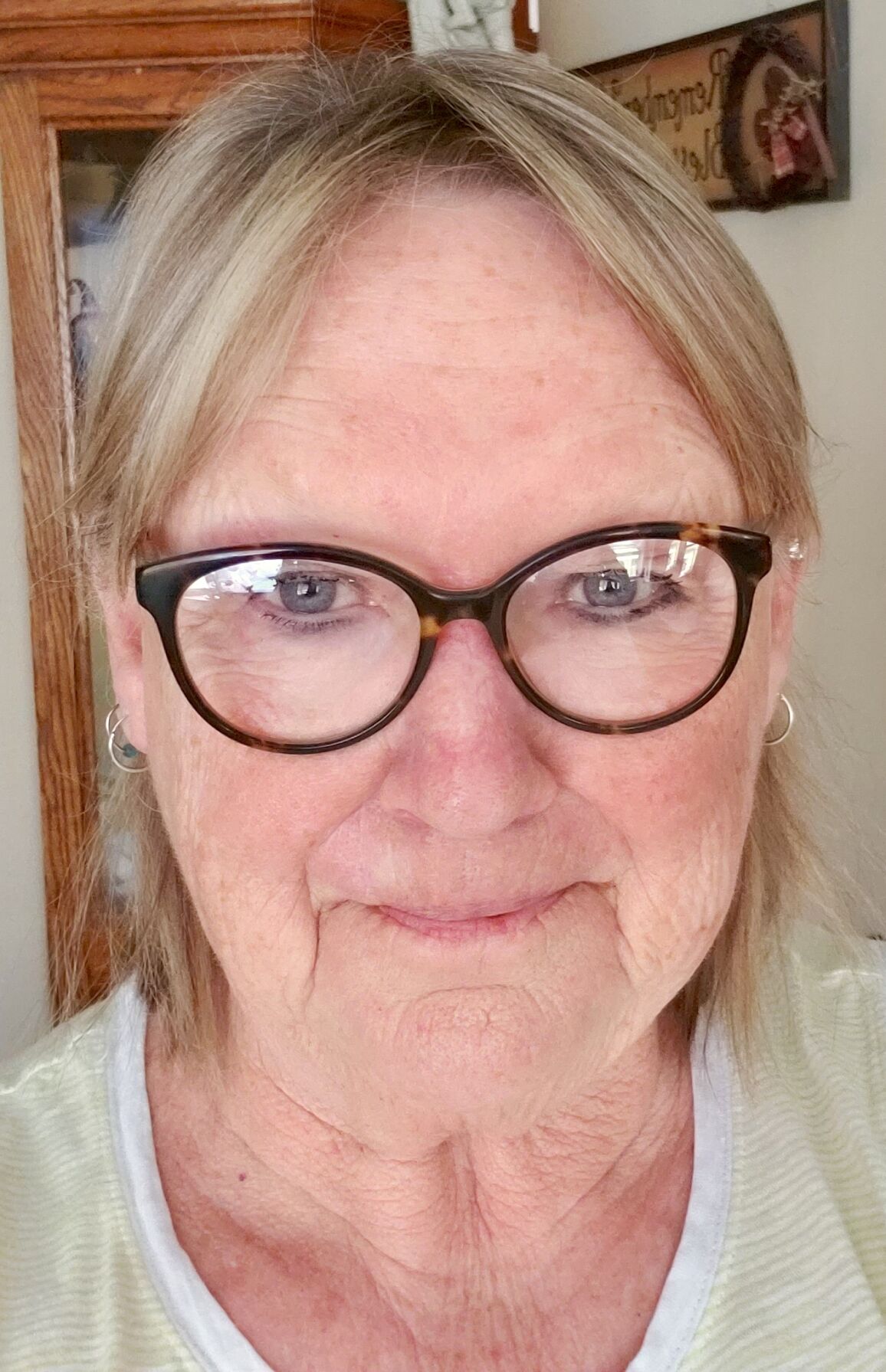 NAUVOO, Ill. — When cooking pasta, Ellen Hundt puts enough salt in the water so it tastes like the ocean.

For perfect hard boiled eggs, she cooks them for exactly 13 minutes.

“Things like that are commandments that you’ve got to follow or you’re going to have a mess,” the Nauvoo woman said. “It’s little things, but you don’t think about them.”

Getting the little things right is a key to success when cooking and baking — and so is being passionate about time spent in the kitchen.

“You have to have a passion for what you’re doing. If you don’t, then things can go sideways pretty fast,” Hundt said. “You’ve got to taste things, too, especially when you’re cooking.”

Hundt followed her own advice in her former business — she worked at the Ivy Bake Shoppe in Fort Madison, Iowa, before buying the business and moving it to Nauvoo as the Apron Bake Shoppe and Cafe, then retiring.

“I always wanted to own a bakery,” Hundt said. “We closed right before COVID, which turned out to be perfect timing. I miss it, but I still do a lot of baking and cooking for people.”

Her favorite people to cook for are her husband John, her three children, their two spouses and six grandchildren scattered across Illinois, Iowa and Minnesota.

She’s taught the kids to bake, just as her mom taught her, and “we do that together as a family,” she said. “We do Christmas and Halloween together, decorating, baking cookies, which is fun.”

Hundt cooks by taste and bakes with a recipe. She may tweak a recipe over time, but she hasn’t touched her mom’s recipe for Red-Red Cake. “It was always for a special event, a birthday or something like that,” she said. “It’s really good.”

Sopapilla Cheesecake is yummy, and Peach Pie Scones are perfect when peaches are in season. The scones “are not dry. They’re real moist,” she said.

Savory treats like Olive Spread were popular at both businesses, and simple to prepare, while Sour Veggie Salad makes a flavorful side for many meals.

“My Dad’s Chili is famous in Nauvoo,” Hundt said, and the friend who wrote out the recipe included Fred’s love of pitch. “They always sat around and played pitch.”

Cooking, baking and even canning fresh from the garden produce provides a way to make people happy.

“When the kids come over, I’m cooking for days,” Hundt said. “It’s just good memories. Food brings back good memories, I think. That’s why we all have our favorite things to eat, and they take us to a different place.”

Mix all together. Put into a pint container. Refrigerate 24 to 48 hours before serving.

Salt and pepper to taste

Heat vinegar, oil and sugar until sugar melts; do not boil. Stir in celery seed, salt and pepper. Let cool.

Combine vegetables in a bowl. Toss with cooled dressing. Chill before serving.

Dash of salt and pepper

Brown ground beef in roaster with onions; drain grease if necessary. Add remaining ingredients, and let simmer. Usually three to four hours of Pitch is necessary to ensure that the chili is fully prepared. Stir occasionally to keep from sticking to the bottom. Make sure roaster always has water under it to prevent scorching.

In a bowl, mix flour, brown sugar, baking powder and salt. Once combined, cut in butter with a fork or pastry cutter until mixture resembles coarse crumbs.

Turn out dough onto a floured surface. Pat dough into a disk about ½-inch thick and cut into six to eight slices. Transfer to baking sheet. Brush each scone with a bit of heavy cream.

Bake 16 to 18 minutes until golden brown. Top with Vanilla Glaze while still warm.

Cook milk and flour until thick, and let cool. Cream together butter and sugar. Add the cooled cooked mixture to the creamed mixture. Add vanilla. Beat 15 minutes in a small bowl until spreading consistency. Frost cake as desired; Hundt spreads frosting between cake layers and on top of cake.

Bean cream cheese with 1 cup sugar and vanilla in a bowl until smooth.

Unroll crescent roll dough, and use a rolling pine to shape each piece into a 9x13-inch rectangle. Place one piece in bottom of baking dish. Evenly spread the cream cheese mixture on top of dough, then cover with remaining piece of crescent dough.

Stir together ¾ cup sugar, cinnamon and butter. Dot the mixture over top of cheesecake.

Bake until the crescent dough has puffed and turned golden brown, about 30 minutes. Remove from oven, and drizzle with honey.

Cool completely in pan before cutting into 12 squares.

NOTE: Hundt drizzles each individual piece with honey as it looks better and some people may not want honey.