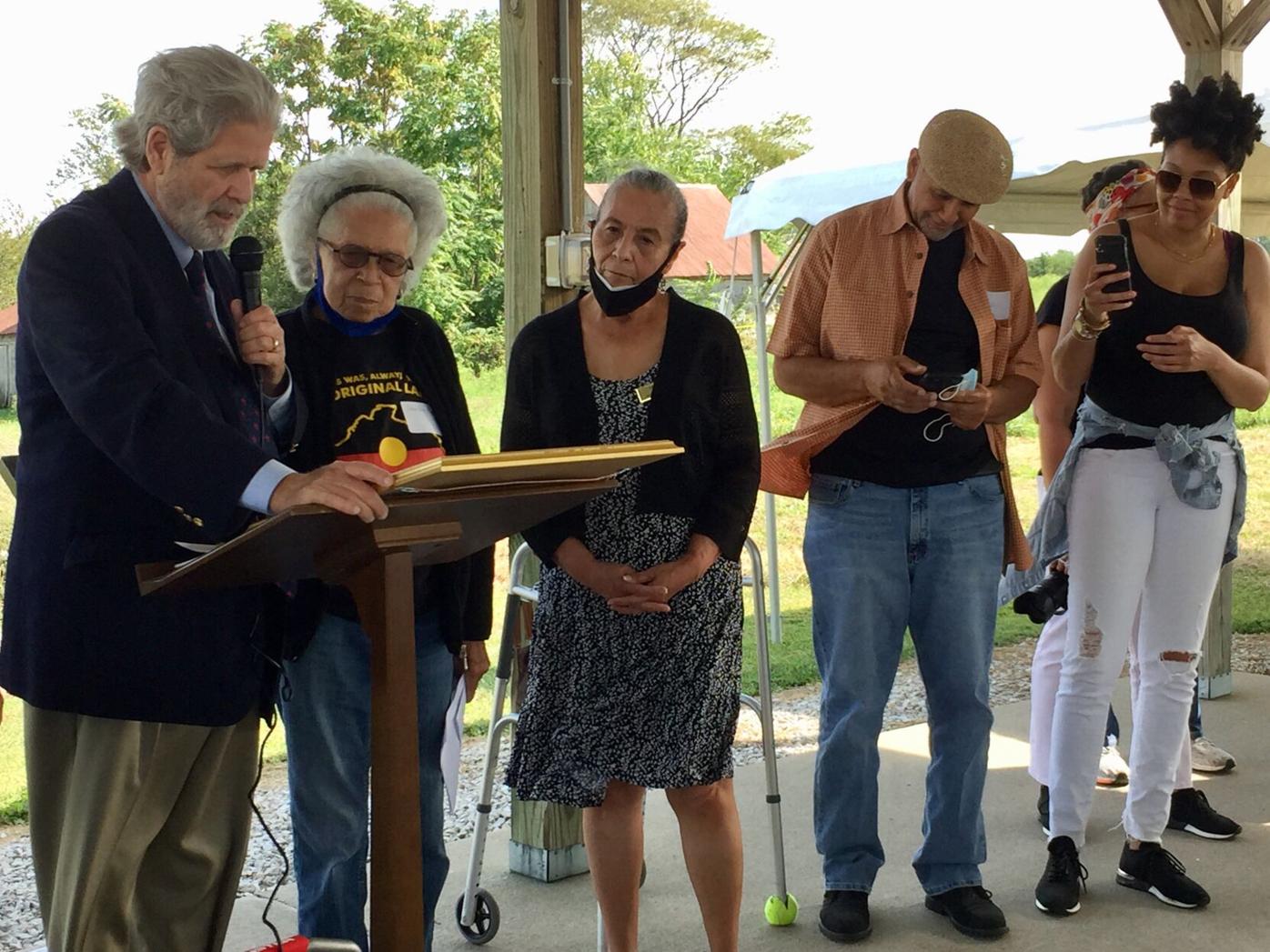 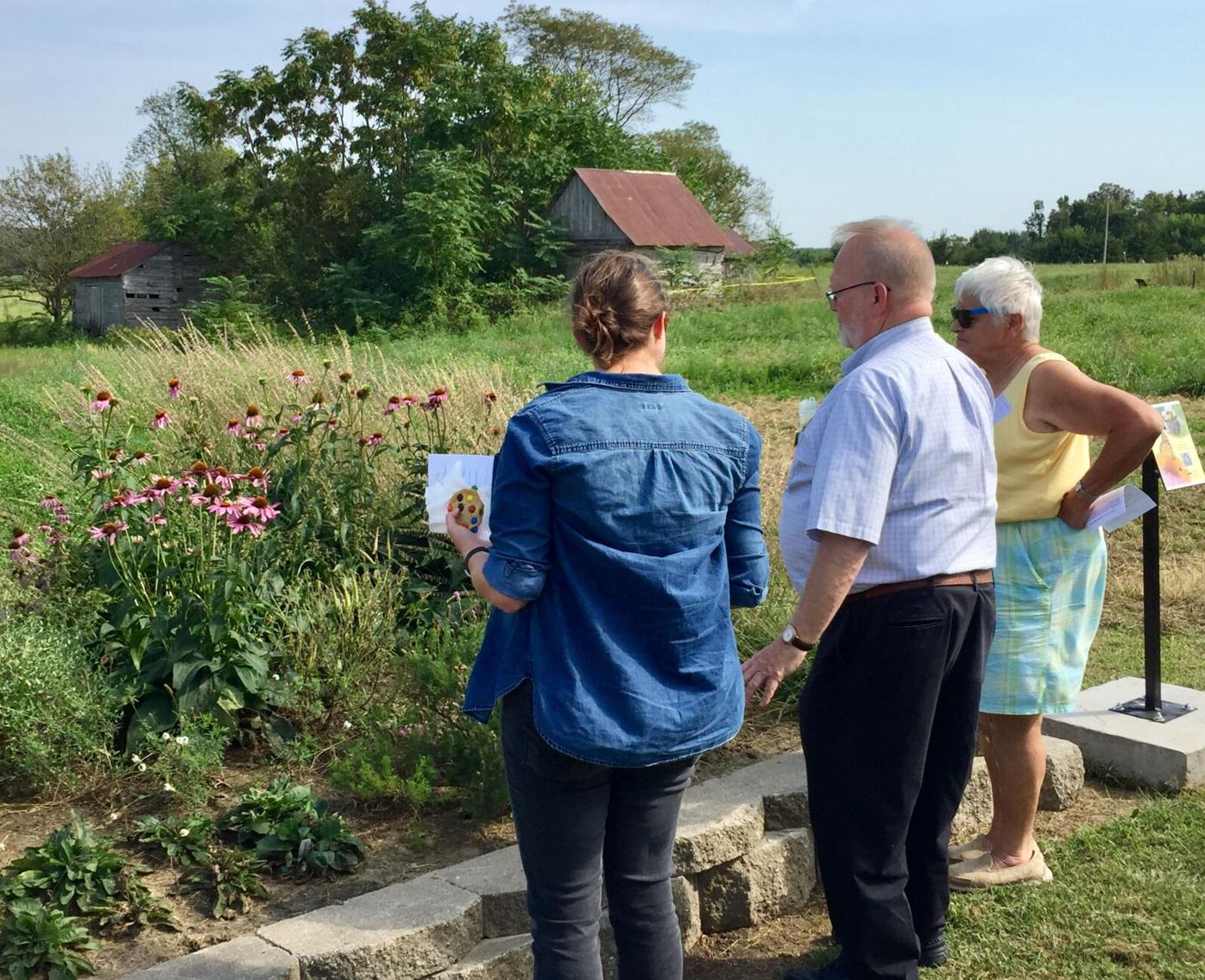 “His faithful dedication to family, to freedom for his family and his fairness in those with whom he lived in Kentucky and Illinois. That legacy is appropriate for us to learn from in this day and time,” Scott said.

“We want to honor Free Frank for gaining his freedom and at the same time send a positive message about what lessons Free Frank can teach us about moving forward regarding a sense of community, a sense of family and a sense of faith,” New Philadelphia Association Executive Director Marynel Corton said.

The celebration featured period music by the Pike Pipers, proclamations read aloud to honor Free Frank’s story and a reminder from his great-great-granddaughter Sandra McWorter of the importance of generations of McWorter women to that story.

“Next to Free Frank was Free Lucy, his wife and partner in family and freedom,” she said. “What a remarkable woman she must have been.”

Frank, an enslaved man, purchased his freedom 202 years ago on Sept. 13, 1819, after already buying freedom for Lucy. Frank moved his family to Hadley Township near Barry where he platted and registered New Philadelphia, “the first town, and one of the only towns in the U.S., ever incorporated and registered by a former slave,” New Philadelphia Association President Phil Bradshaw said.

The example of a town where Blacks and whites lived together peacefully still resonates, and that is why, for 26 years, the association has been promoting the New Philadelphia site.

“We think this is the example that all America needs,” Bradshaw said. “Regardless of the color of your skin or your nationality, you all need to hear the story of New Philadelphia and Free Frank McWorter.”

With proceeds from lot sales in New Philadelphia, McWorter bought freedom for as many as 15 family members.

“History records Frank was not able to read and write, yet he was able to demonstrate a clarity of thought, a humanity toward others,” Scott said. “His focus was strictly on loving his family, creating opportunities where they could be free.”

Scott, a Hunnewell native now living in Kansas City, served as founding director of the AmeriCorps National Civilian Community Corps and for 10 years as deputy librarian and chief operations officer for the Library of Congress after more than 30 years in the U.S. Army.

His introduction to Free Frank’s story came some six years ago thanks to Faye Dant, his cousin’s wife from Hannibal, Mo., and a chance conversation at the New Philadelphia site between himself, a Black man, and a white area resident spurred more interest in Free Frank’s legacy.

New Philadelphia already is listed on the National Register of Historic Places, designated a National Historic Landmark and is included in the National Park Service’s Underground Railroad Network to Freedom Program.

The association hopes to see the site become a national park to help more people see and understand its historical and cultural significance — and ensure its preservation for years to come.

“That aspiration to make New Philadelphia a learning site where people from all across America and the world can come to learn about the story in a place where you can freely discuss issues of race, fairness, faith, family ... it’s just the perfect place,” Scott said. “It’s just a remarkable story, a place that more people should hear about, an example that has been given to us.”