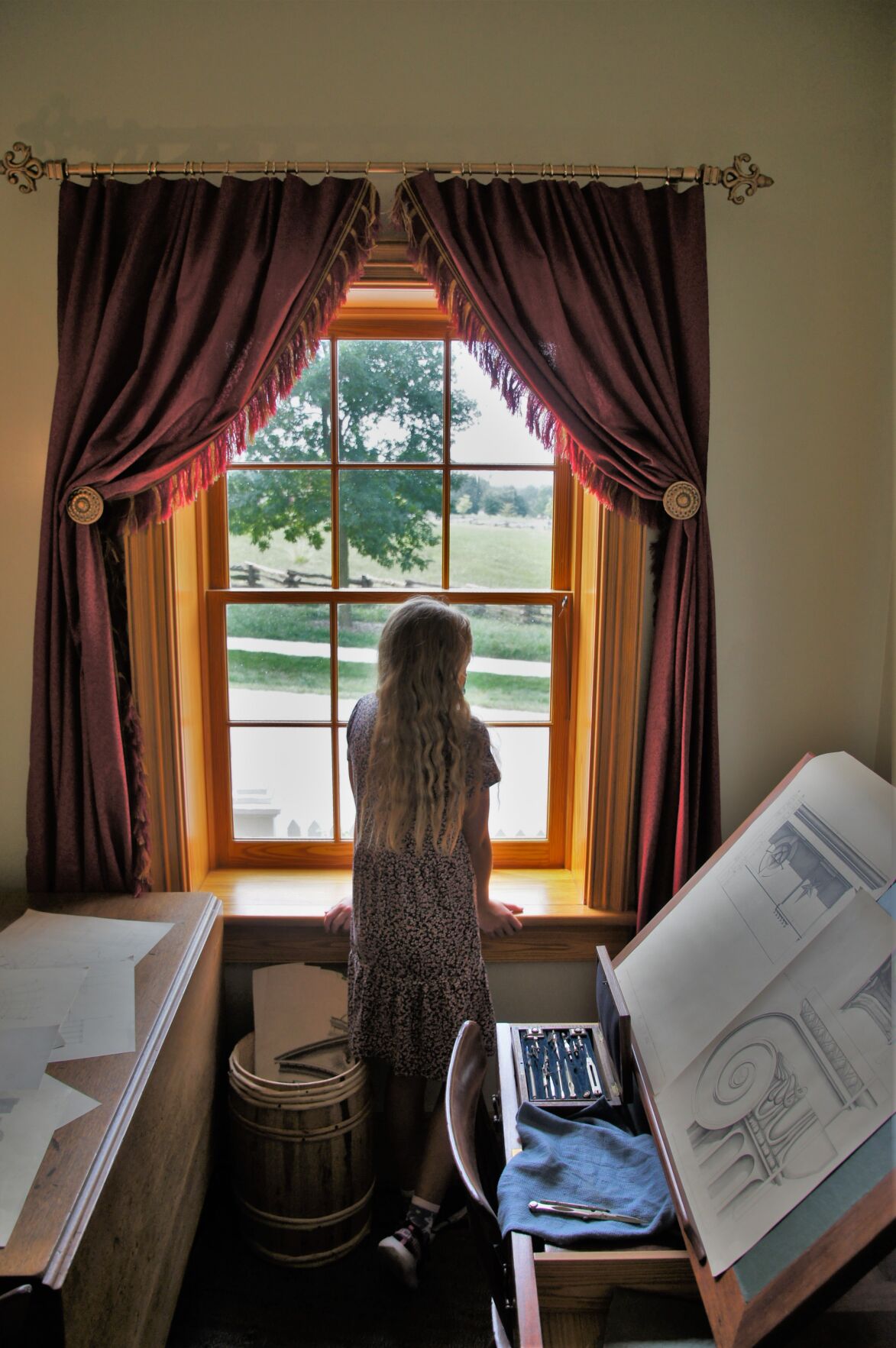 A girl looks out the window of the restored William and Caroline Weeks home in Historic Nauvoo. Restoration work on four homes to tell more of the story of the Church of Jesus Christ of Latter-day Saints in Nauvoo has won a statewide preservation award. 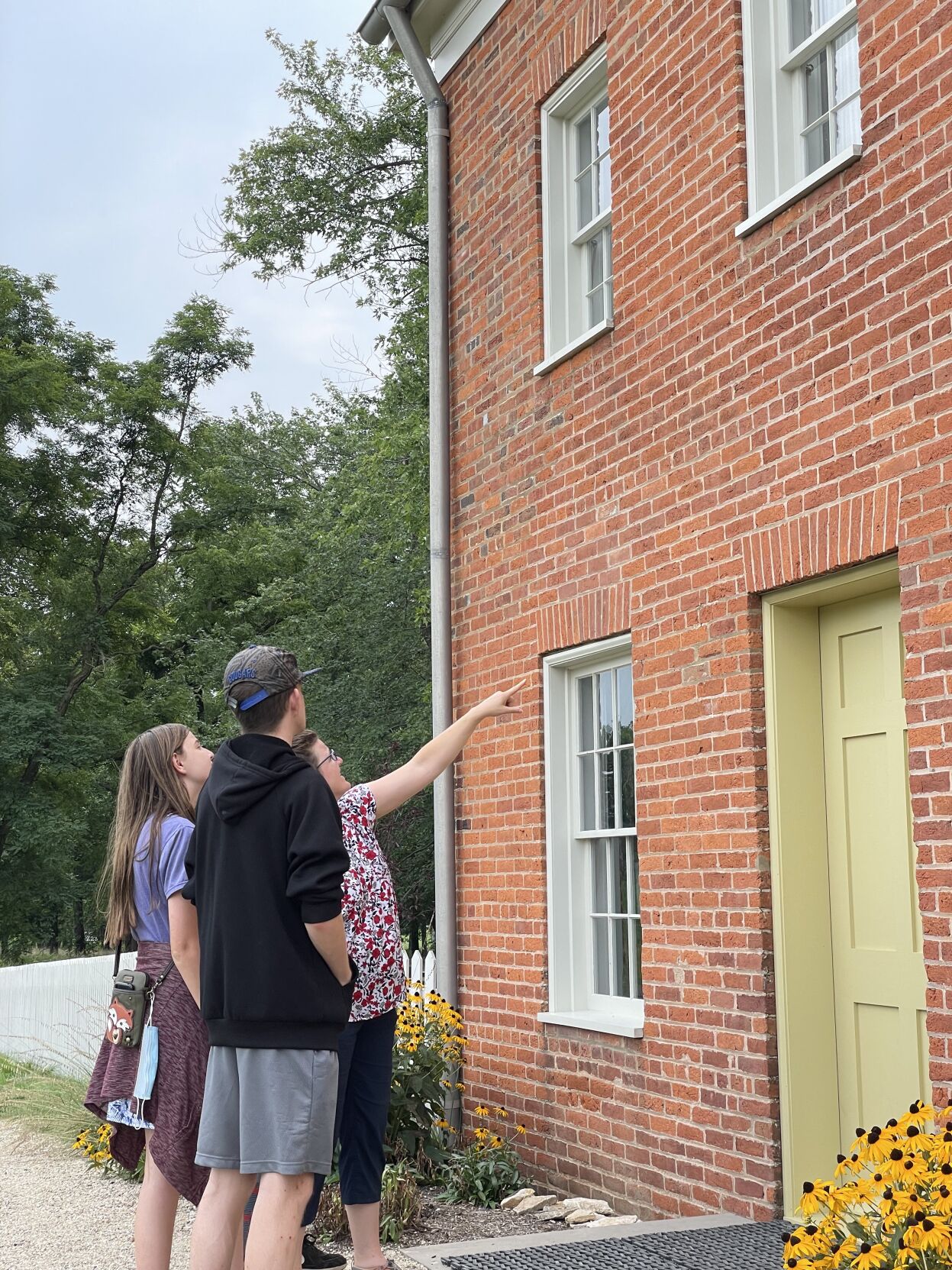 Visitors stand outside the restored William and Esther Gheen home in Historic Nauvoo. Restoration work on four homes gives visitors a glimpse into 1840s life in the community.

A girl looks out the window of the restored William and Caroline Weeks home in Historic Nauvoo. Restoration work on four homes to tell more of the story of the Church of Jesus Christ of Latter-day Saints in Nauvoo has won a statewide preservation award.

Visitors stand outside the restored William and Esther Gheen home in Historic Nauvoo. Restoration work on four homes gives visitors a glimpse into 1840s life in the community.

Efforts to tell more of the Church of Jesus Christ of Latter-day Saints’ story in Nauvoo have won a statewide preservation award.

“The project is commendable due to the intense amount of research undertaken for the meticulous and exceptional preservation effort,” the awards website said. “The restoration of the historic homes and the new exhibits in the historic town reflect a change in church messaging, allowing for a new interpretation of the site focusing on the history of the church as well as the history of pioneer life in Illinois.”

Small details mattered from displaying replicas of actual drawings made by William Weeks, the architect of the Nauvoo Temple, in his home studio to using ground-penetrating radar in searching for the foundation of the Edward and Ann Hunter home.

“We’re building this to continue to tell a story, to help educate, and to have this recognition … acknowledges our efforts to be professional and devoted to accuracy in all things,” said Susan Sims, regional communications director for the church.

“When Historic Nauvoo was first becoming something of a restoration project back in the 1970s, we didn’t have that level of expertise on some projects. Some things were guessed at,” she said. “This project wasn’t a lot of guesswork.”

The church’s new master plan for Historic Nauvoo called for increasing authenticity and improving guest experiences. Included in the first phase of the plan was restoration work to the homes of Weeks and his wife Caroline, William and Esther Gheen and Orson and Marinda Hyde along with rebuilding the Hunter home.

The award not only recognizes the quality of the work invested in the projects but also could broaden awareness of historic preservation efforts in Nauvoo.

“This brings another whole realm of tourism to our area. People who never heard of Nauvoo might come to see what’s here,” former Nauvoo Mayor John McCarty said. “Any recognition is great, but this is a little different field than what we’re normally recognized for.”

Beyond adding to the church’s story in Nauvoo, the homes also provide a glimpse into 1840s life in the community.

“They look rather small from the outside, but when you get inside you’re amazed at how well the space is used, how comfortable it was,” Sims said. “The brick homes — and there were far more log cabins in Nauvoo in the 1840s than brick homes — stood the test of time. They were beautiful, comfortable, functional homes which show people who were there appreciated fine work. They appreciated having the comforts of life as they existed in the day.”

More information about the homes, and additional photos, are available online at nauvoohistoricsites.org/buildings.

For the past 27 years, the Landmarks Illinois Richard H. Driehaus Foundation Preservation Awards have honored individuals, organizations, projects and programs whose work demonstrate a commitment to historic preservation.

This year’s awards will be presented Friday, Oct. 22 with an in-person and virtual celebration.

Principal project architects Chicago-based McGuire Igleski and Associates nominated the Nauvoo site for the award. Project principals along with Steve Olsen, senior curator at the church history department, and local and regional church leaders will accept the award.

“Having homes available for the architecture and for the lives represented through them allows us to better explain who we were at that time and who we are now,” Sims said. “It allows us a platform for explaining the intention and motivation of people who lived in Nauvoo during those few years.”