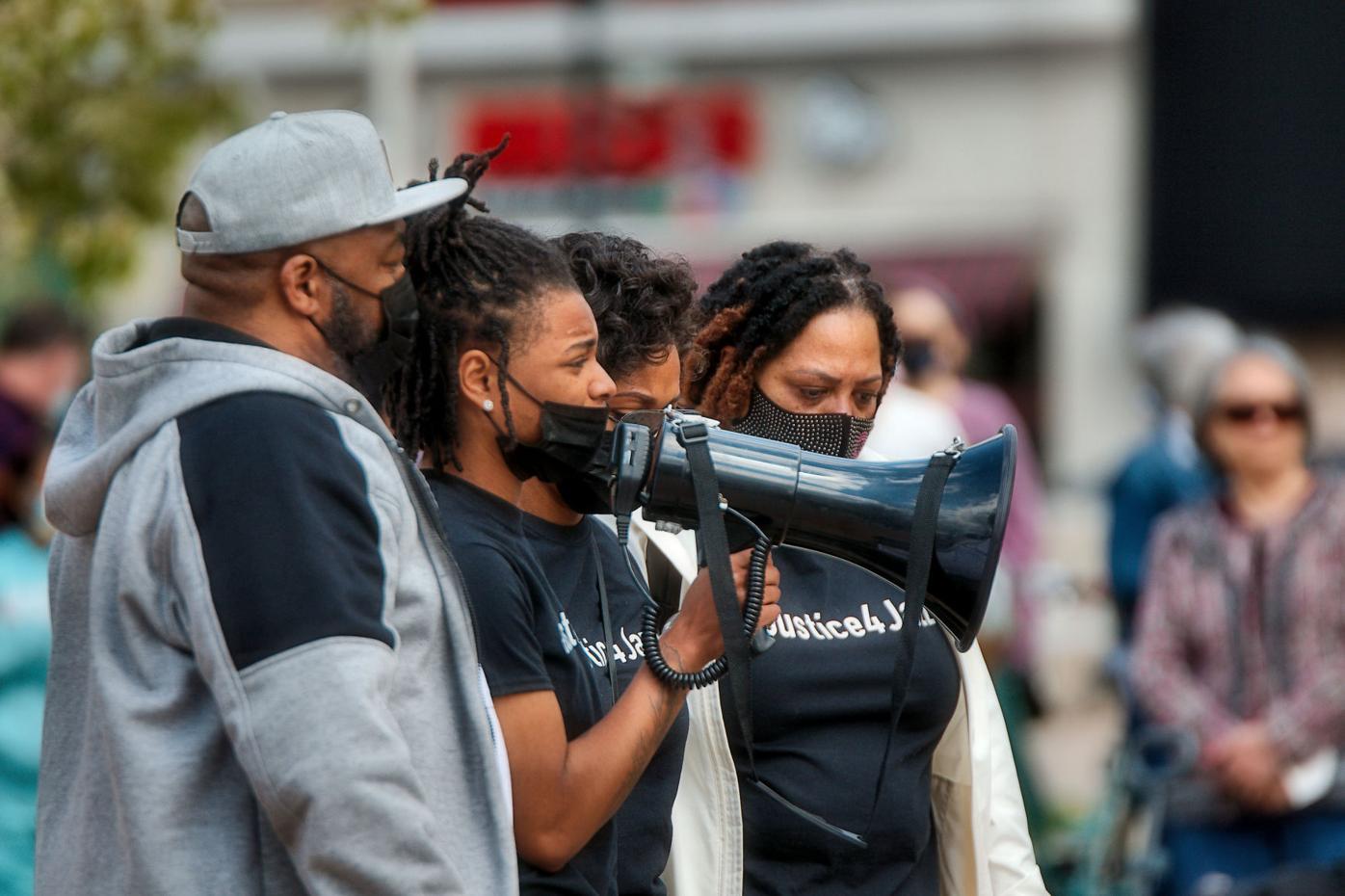 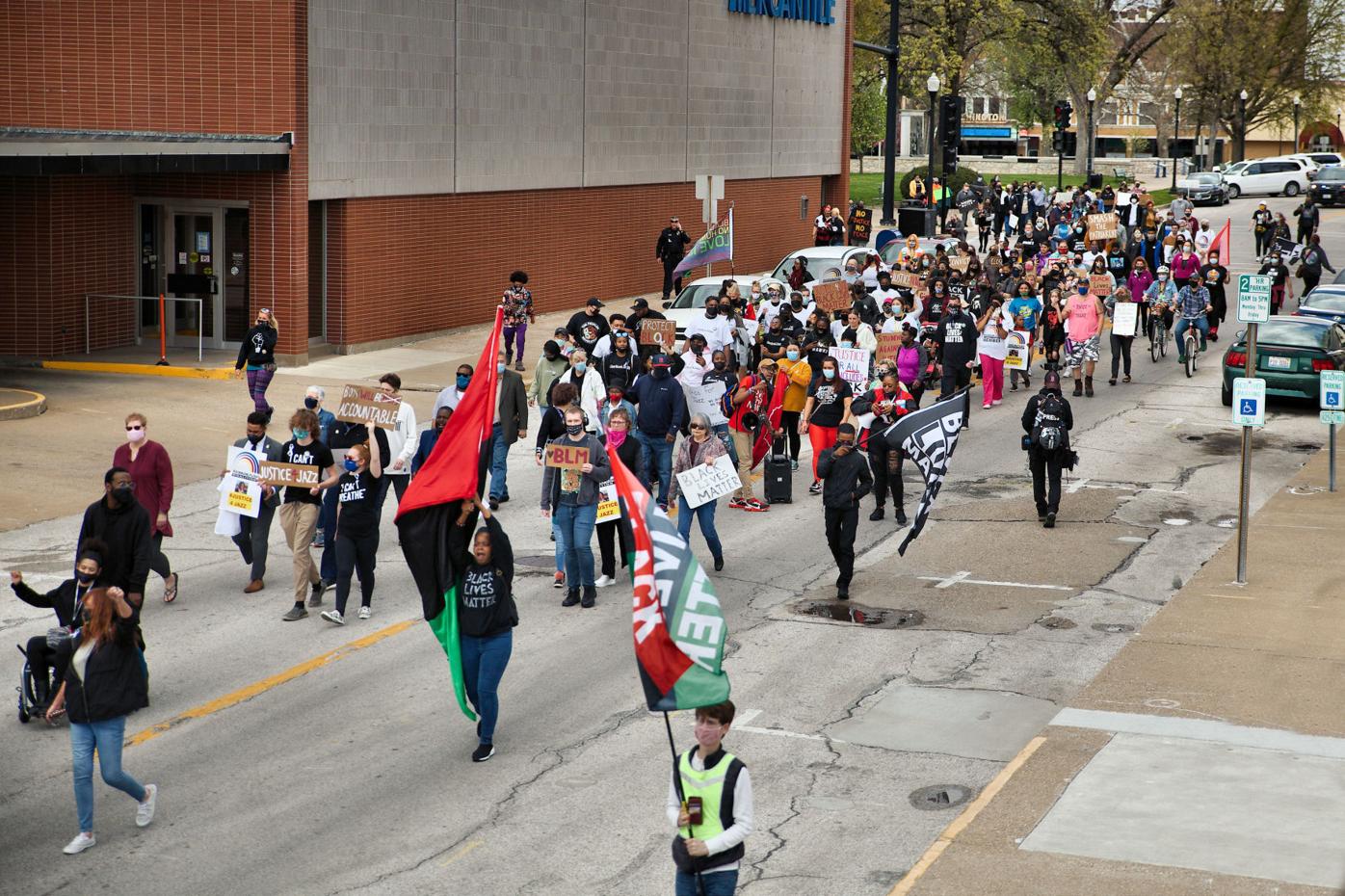 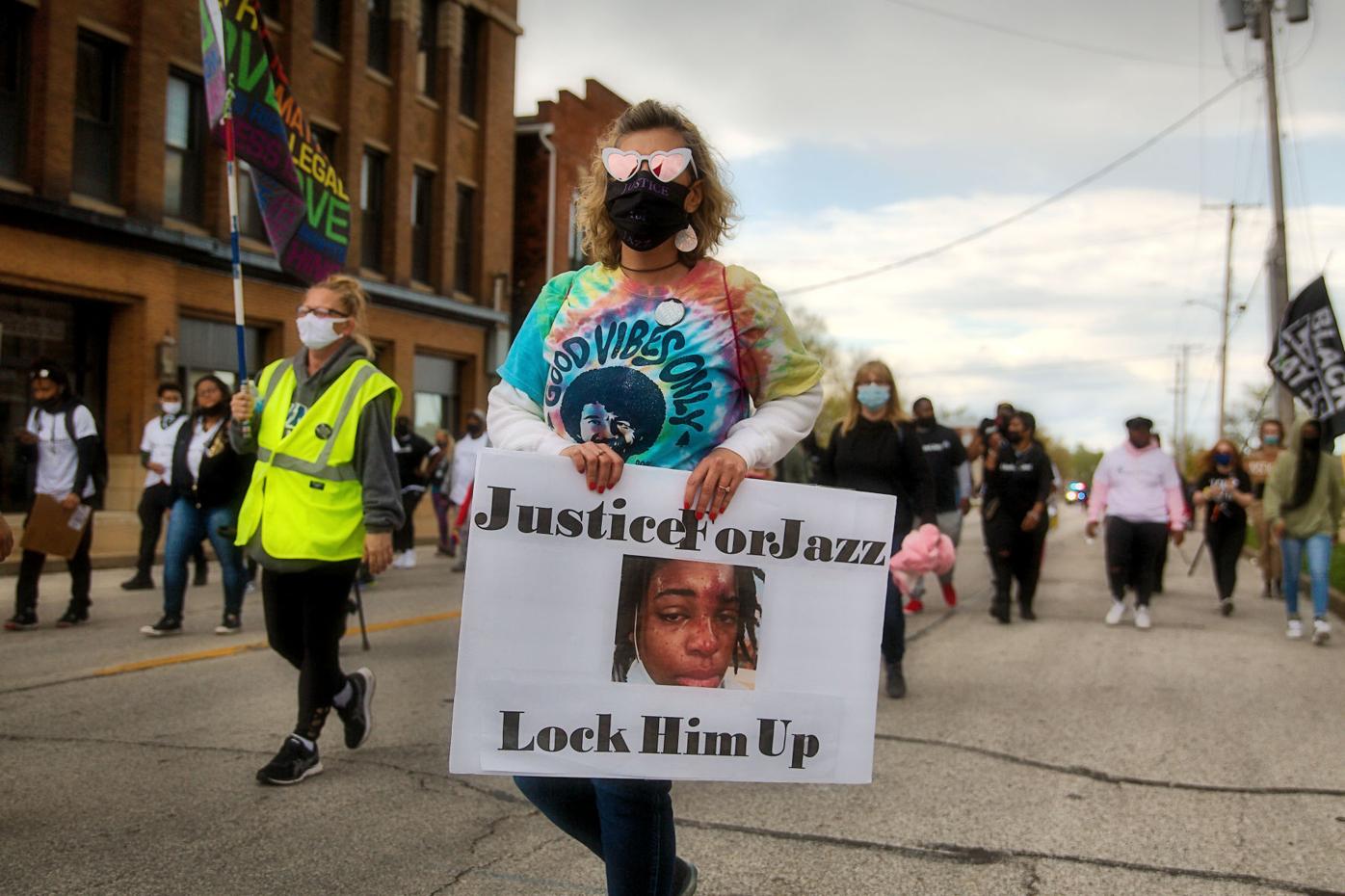 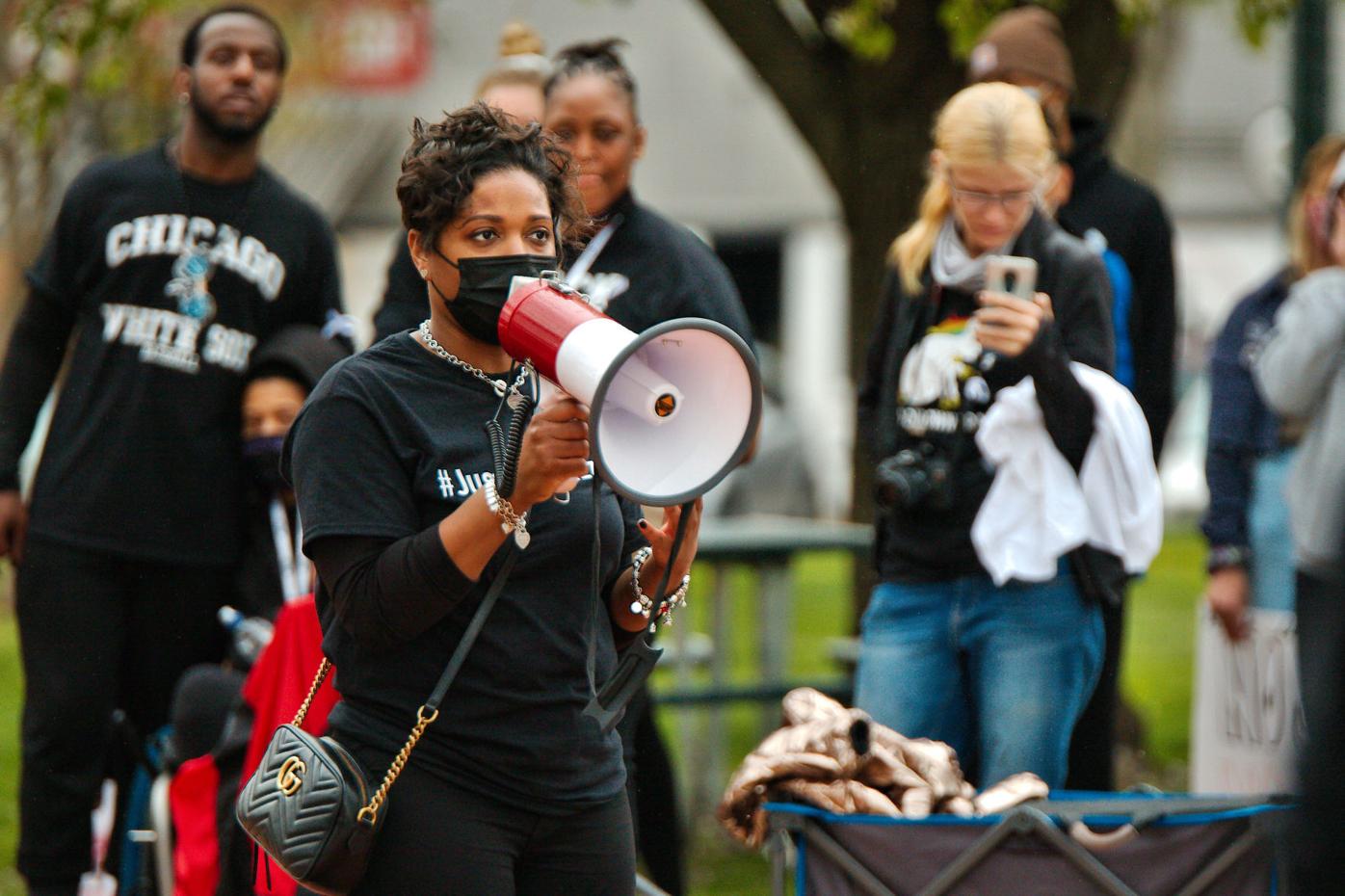 Jazzpher Evans's mother, Shavon Evans, addresses the crowd Saturday as the "Justice for Jazz" rally came to an end.

Jazzpher Evans's mother, Shavon Evans, addresses the crowd Saturday as the "Justice for Jazz" rally came to an end.

QUINCY — A crowd of around 150 gathered Saturday afternoon in Washington Park to protest again in support of QU student Jazzpher Evans following an alleged assault on April 4 at the Barn nightclub in Quincy.

The crowd was made up of people from all walks of life, from Quincy and the surrounding areas, and from areas like Evans’s home of Joliet and Milwaukee, Wis.

Evans’s lawyer, Keenan Saulter of Homewood, Ill., led the gathered crowd in a prayer before turning the microphone over to the Evans family to speak to those in the park. Jazzpher, her father Marvin Evans, her mother Shavon Evans, and her aunt Sharron Evans each spoke to the crowd. The remarks were brief and, in the case of Shavon Evans, punctuated by tears as she thanked those gathered in support of her daughter.

Following additional comments from the family and Quincy University president Brian McGee, the crowd marched from the park down to the Barn at Front Street and Payson Avenue. There, additional speakers gave voice to their feelings over the alleged assault and violence across the nation against minorities, women, and transgender individuals.

One speaker, Dr. Christine Tracy, dean of students for QU, told of how her son, following her lessons on dealing with a bully, came home at age 7 and said he had done just that.

“’You’re the smallest in your class,’” Tracy said she told him at the time. “He just said ‘That’s what you told me to do.’” Tracy said that’s what the protest was about.

Tracy was briefly interrupted from the noise a barking dog. The Quincy Police Department, who were escorting the protest for safety, had let a K9 unit out of the patrol vehicle, away from the protest. The dog started barking which led to a few tense moments in the crowd.

Saulter took the microphone again and settled the issue.

“QPD has been very helpful in arranging this protest today,” he said. “Quincy PD is not our enemy.”

Police chief Rob Copley caught up with Saulter and Tracy after the rally and apologized for the interruption.

Following the protests at the Barn, including a call to boycott the establishment locally and through social media, the gathering made their way back to Washington Park for closing comments from Shavon Evans and a prayer from Rainbow PUSH Coalition’s national youth director Rev. Cameron Barnes.

Jazzpher Evans’s aunt, Sharron Evans, thanked the many gathered groups that had turned out for the protest. Groups that were represented included the Racial Justice Coalition, the Quincy Human Rights Commission, Quincy University, the ACLU, Indivisible Adams County, Will County Black Lives Matter, the Community Task Force and Peoples Revolution from Milwaukee, and the Rainbow PUSH Coalition.

The Quincy Police Department concluded their investigation and the Adams County State’s Attorney filed one charge of aggravated battery against the owner of the Barn, Steven W. Homan. Homan posted bond, and the case is pending a May 5 court appearance.

There were no reports of problems or interference throughout the course of the protests and march.