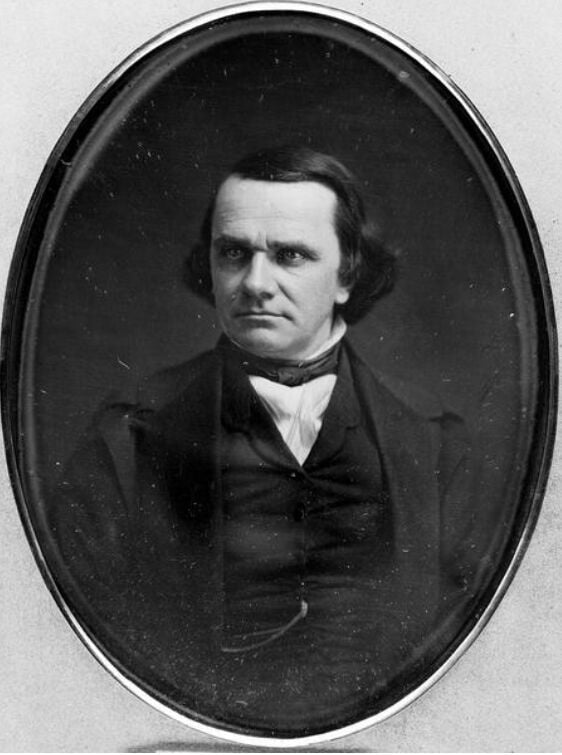 Historians long have said that Stephen Douglas owned slaves, but a Quincy man who wrote two books on political rival of Abraham Lincoln says the will of Douglas’ father-in-law proves he did not. Reg Ankrom believes history’s treatment of Douglas has been incorrect. 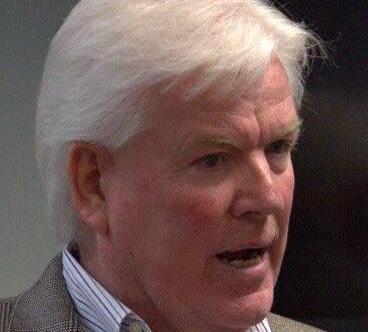 QUINCY — Reg Ankrom holds up a sheaf of papers in an effort to set the record straight about Stephen Douglas.

“This is the proof that Douglas never owned slaves,” said Ankrom, a Quincy man who wrote two books on Douglas and is working on a third. “This is the will of his father-in-law, Robert Martin.”

While stipulating that Douglas spoke in racist terms, as did many in his era, “Douglas never owned the slaves,” Ankrom said. “History’s treatment at least of that aspect of Douglas has been incorrect.”

After Douglas, then a congressman from Quincy, married Martha Denny Martin in April 1847, her father offered him the 3,000-acre Pearl River Plantation with 150 slaves in Lawrence County, Mississippi. “Douglas told Martin it was the type of property a northern man did not care to own,” Ankrom said.

Martin continued to own the plantation until his death on May 25, 1848. In his will, he bequeathed it to his daughter “for her separate and exclusive use and benefit” and to her heirs.

The will gave Martha Douglas “full and complete control” over all Martin’s slaves in Mississippi, including a reminder to “my dear daughter that her husband does not desire to own this kind of property,” and asks that if she has no children to inherit the property to make provisions before her death to have the slaves “sent to Liberia or another colony in Africa.”

Martin’s will, though, did give 20% of the net annual income to Douglas for managing the estate given to Martha Douglas. “To his discredit, Douglas did manage the estate,” Ankrom said.

After Martha Douglas’ death in January 1853, the property went to the couple’s sons, then ages 3 and 2, and under Mississippi law, Douglas then could derive up to 30% of the net proceeds to manage the property. Douglas relied on the income, but in late 1857, acting as the guardian of his sons’ estate, he sold the property and invested the proceeds in and transferred the slaves to a more productive plantation in Washington County on the Mississippi River.

“The story that Douglas owned slaves has come to us for 170 years of history, and the will of Robert Martin proves that he did not own slaves,” Ankrom said.

Even so, historians long have said the opposite.

“If we read something written by a great historian, and we have faith that historian found it in an original source or had reason to believe it was true … it becomes fact,” he said. “Historians have always accorded Douglas as being a slave owner.”

Concerns about Douglas’ record led to removing his statue last year from the Illinois Capitol lawn, but Ankrom thinks the statue should be put back in place.

“If for no other reason, if we look to people who contribute greatly to the nation are those who deserve memorials, Douglas was certainly that man,” Ankrom said.

Arguments about statues are “well deserved, meaningful and important,” he said, “but we need to know history as well to discuss them rationally.”

Ankrom argues knowing the history gives context to what people said in the time of Douglas and his political rival Abraham Lincoln.

“Even the most enlightened still saw an inferior position for Blacks in this country,” Ankrom said. “Even candidate Lincoln in 1858 talked about Blacks being inferior and whites being superior.”

Douglas was a voice for the nation’s expansion, but the issue of slavery was attached to every argument and bill tied to expansion.

“If we stipulate all the mischaracterization of Douglas as well as the realistic characterizations of Douglas, we also should consider the fact he was the one guy who really organized the West and found the ways to do it. He didn’t do it by himself — he needed the majority of the two houses — but he was the guy who built an ocean bound republic,” Ankrom said.

The legacy of Douglas, who died in 1861, is a symmetry with Lincoln, Ankrom said.