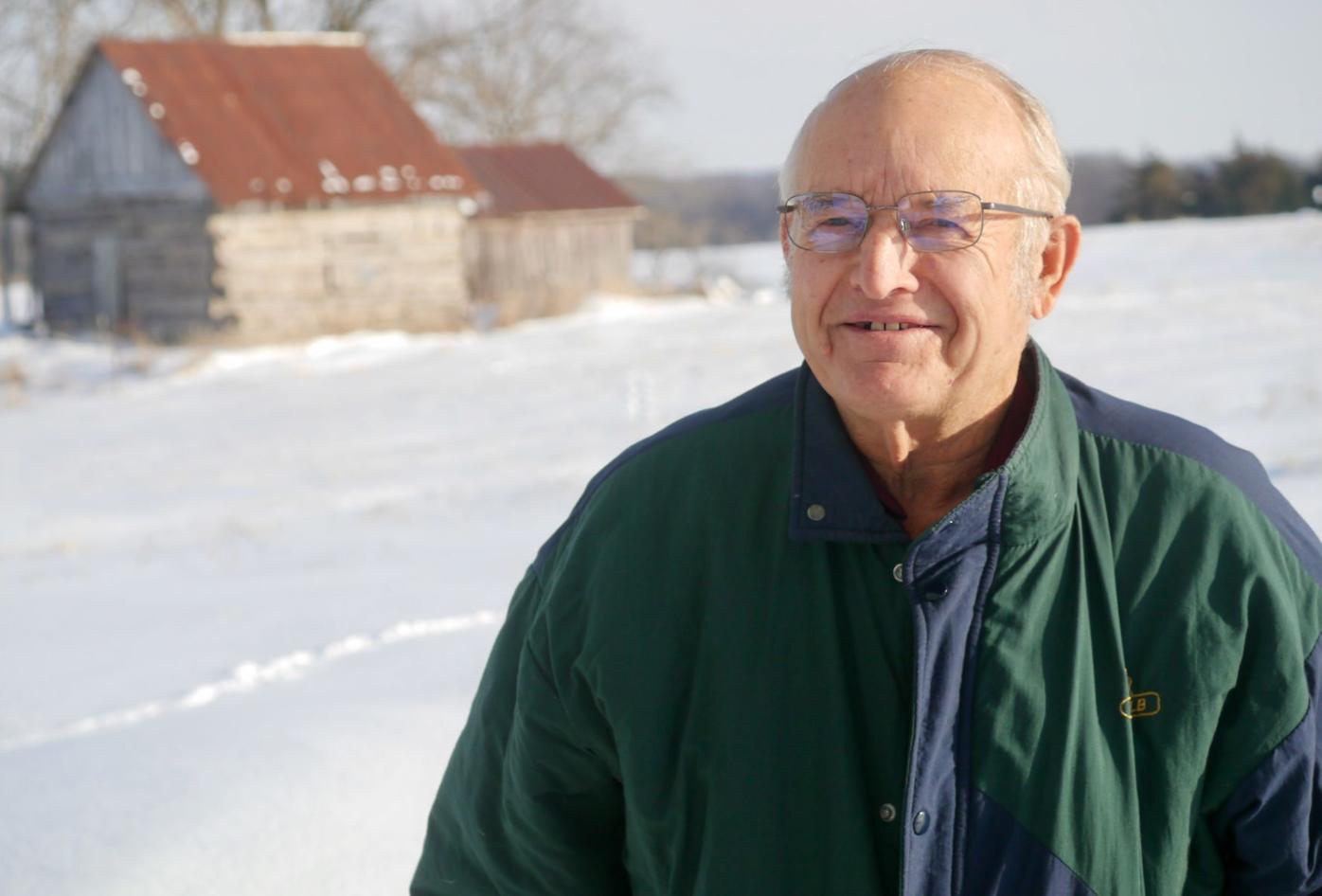 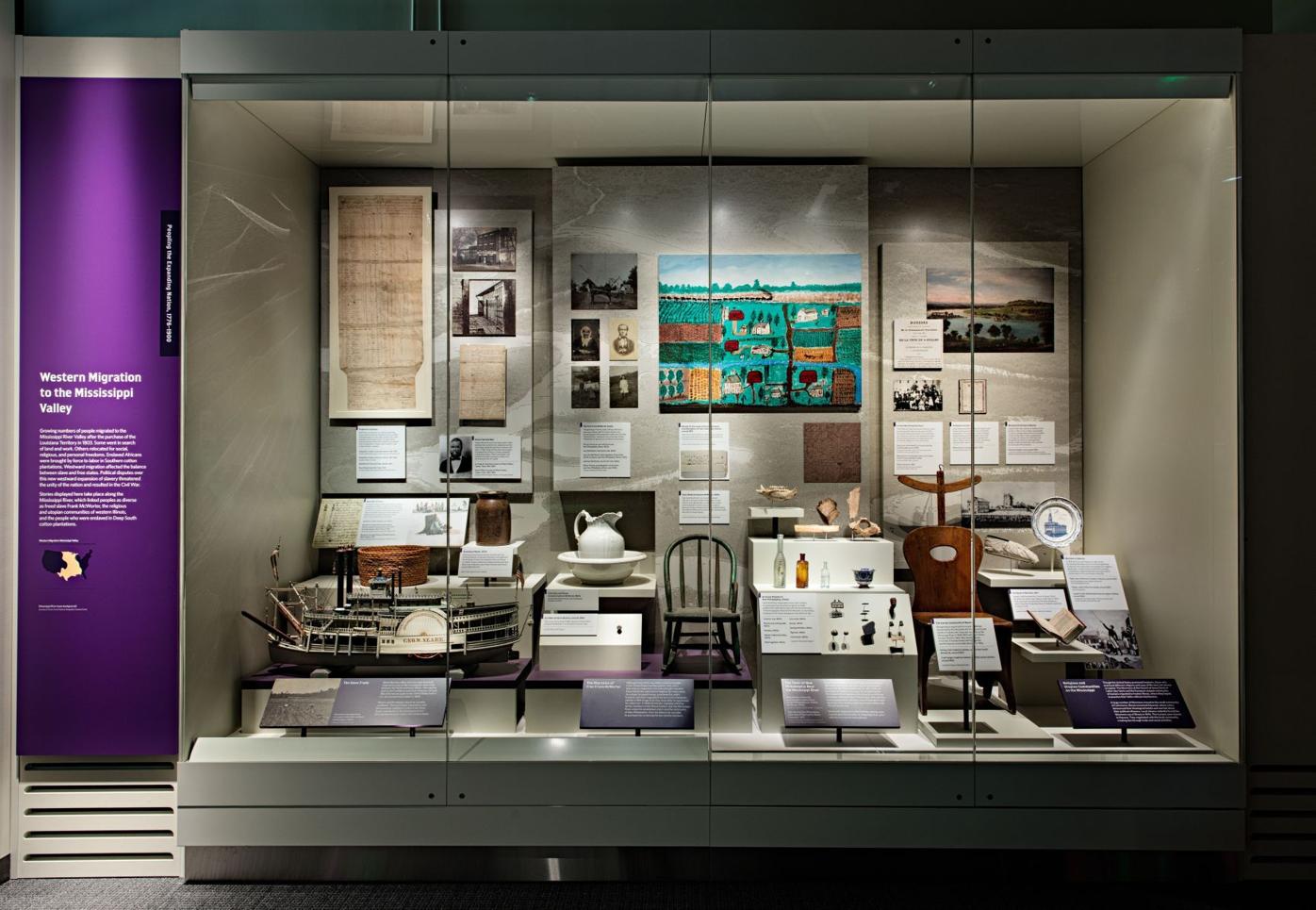 Several artifacts found at New Philadelphia, Ill., as well photos and documents and other items from the McWorter family, will be displayed as part of the “Many Voices, One Nation” exhibit at the National Museum of American History in Washington, D.C.

Several artifacts found at New Philadelphia, Ill., as well photos and documents and other items from the McWorter family, will be displayed as part of the “Many Voices, One Nation” exhibit at the National Museum of American History in Washington, D.C.

BARRY, Ill. — The path to recognition in Washington is long and often tedious. Yet Congress and a current Smithsonian exhibit may finally bring honor to Free Frank McWorter, the first Black man to found an American town.

Almost 200 years after New Philadelphia was legally platted and registered by a formerly enslaved man, U.S. Rep. Darin LaHood, R-Peoria, plans to reintroduce a bill to make the site part of the National Park System.

At the National Museum of American History, New Philadelphia, and its founder are part of a larger exhibit called “Many Voices, One Nation,” which seeks to reveal those history has ignored.

A key figure behind both is Griggsville farmer and longtime political influencer, Philip Bradshaw. The third-generation farmer says he grew up knowing the story of the Kentucky man, who hired himself out and sold his saltpeter operation to buy his and his pregnant wife’s freedom.

McWorter purchased land in the free state of Illinois, which he sold to both Black and white Americans, in order to free other family members. By 1836, McWorter owned 600 acres of farmland.

“The shortest route to Barry was through New Philadelphia,” said Bradshaw, 81. His grandfather owned the Griggsville bank where McWorters at one time did business.

Harry Wright, 89, of Pittsfield, remembers his great-grandmother telling him stories about Free Frank. When his great-great grandfather came to Pike County in 1854 to purchase land, Free Frank helped him build his cabin, about 3 miles from New Philadelphia. Free Frank said his son Solomon would work for free. “But you’ll have to pay the other man, an enslaved field worker from Missouri, regular wages,” Wright recounts. “And you’ll have to teach him to read three verses of the Bible, give him shoes. And make sure he was well fed.”

Once home to over 160 people, the biracial community was dissolved in 1885 after a road, and then a railroad, bypassed it. The town’s structures were plowed under many times, and farmland grasses took over.

But when a highway threatened to destroy the site in the 1970s, Bradshaw successfully lobbied to change the route. “During the process, I said that I would work to get New Philadelphia the recognition it deserves if it’s preserved.”

McWorter descendants and Bradshaw have labored relentlessly to that end. In 1988, Frank McWorter’s gravesite was listed on the National Register of Historic Places after his great-great granddaughter, Juliette Walker, wrote “Free Frank, A Black Pioneer on the Antebellum Frontier,” in 1983.

Bradshaw established the New Philadelphia Association in 1996, to buy back the land from private hands and bring the site to national recognition. Two McWorter descendants, Gerald McWorter, professor emeritus of African American Studies at University of Illinois at Urbana-Champaign, and his sister, Sandra McWorter Marsh of Barry are members of the group.

“In between Mark Twain and Abe Lincoln, Quincy and Hannibal is New Philadelphia,” said Gerald McWorter, who with his wife, Kate Williams-McWorter, wrote about his great-great grandfather and the community in a book “New Philadelphia,” published in 2018.

The town was designated a National Historic Landmark in 2009 and included in the National Underground Railroad Network to Freedom in 2013.

New Philadelphia came to the Smithsonian’s attention after Bradshaw took his youngest son to visit the Museum of American History. He noticed that there were no farming or agriculture exhibits. At the time, he was vice chair of the United Soybean Board, which had money to donate to such an exhibition.

The museum sent a couple of curators to Griggsville to talk with Bradshaw. (Ultimately, that discussion led to farming being part of a display called “American Enterprise,” which opened in 2015.)

While the Smithsonian team was in Illinois, he took one member, Nancy Davis, now curator emeritus, to New Philadelphia.

“I saw the possibility in 2009. Walking the site, I became intrigued. I decided in 2010 to go back on my own, to explore it as part of ‘Many Voices, One Nation’ exhibition.”

The major point of the exhibition is the importance of negotiating this country’s differences. Differing people negotiating their place in this country takes time, and an enormous effort to make unity possible, says Davis.

“The fact that the town was fairly integrated before the Civil War is pretty significant. The challenge was that it’s not a museum. How can you show it?” she said.

By then the site had been part of an archaeological dig, a six-year, multi-university partnership with Illinois State Museum and the New Philadelphia Association. Foundations were uncovered and thousands of artifacts found including marbles, bottles, eyeglasses, flint pencils, a William Jennings Byran campaign button, pieces of ceramic and animal remains, which helped determine what people ate.

New Philadelphia was a frontier community, but it was not isolated, says Terrance Martin, emeritus curator of anthropology at Illinois State Museum, and a co-director of the archaeology project.

“It was fairly up to date on materials. Every one of the houses and cellars excavated showed people were getting ceramics and other things from out East,” he said. There was commerce. New Philadelphia had a post office and businesses such as blacksmiths, merchants, a cabinet maker, a wheelwright and shoemakers.

“He freed his wife before himself, which was shrewd because his wife was pregnant and that meant the child would be free. This man spent his whole adult life getting his family free. The perseverance it took trying to get his family out of bondage for maybe 60 years and even after his death. The fact that he was able to accomplish so much, he must have been an incredibly remarkable human being that he could navigate that.”

Together they emailed lists of preserved artifacts to curator Davis at the Smithsonian. Once the choice was finalized, the Martins debated how to transport the materials safely to D.C. “I was really concerned,” said Terrance Martin. “I decided I was just going to to drive the stuff to the Smithsonian. That way I can keep everything under control.”

Claire Martin carefully packed the fragile materials in exhibit boxes with foam padding and acid-free fabrics, and Terrance left Springfield at 4 a.m., March 17, 2017. Davis met him at the museum March 18, and showed him the space where the exhibit would be constructed.

The exhibition, which also contains photos, documents and other items from the McWorter family, will remain up until 2027, and will be viewed by millions of visitors.

He also drives to Springfield to meet with politicians or people with the Park Service, says Martin. “He always says, ‘I’m just a pig farmer, not a historian.’ Well, he’s the shrewdest pig farmer you’ll ever meet.”

He may be a Pike County boy, but “he’s been on the national stage with what he’s done with agriculture,” said Thomas Oakley, former president and CEO of Quincy Media.

And Bradshaw may soon be successful at helping put New Philadelphia on the national stage. LaHood plans to re-introduce the legislation to get New Philadelphia designated as a National Park unit in 2021. “As we enter a new Congress with a new administration, I look forward to working in a bipartisan way to ensure that the New Philadelphia site receives appropriate designation so that we can continue to tell the story of Frank McWorter and New Philadelphia,” he said in a statement.

Under the direct leadership of the Park Service, “It would become one of the important natural and cultural crown jewels of the United States,” says Charlotte Comprix King, New Philadelphia board member and part of the original archaeology project. “It would also be a boon to the local economy, bringing tourists to the area,”

For Bradshaw, it’s about staying true to his commitment. “I always take a great pride in my word; when I told the governor, people in the media that if we preserved New Philadelphia, I would make sure it got the recognition it deserved.

Christine Ledbetter is a journalist who has worked at the Washington Post, Minneapolis Star-Tribune, Chicago Sun-Times and Detroit Free Press. She lives in Pike County, Ill., where she writes articles that interest her.

Where to see New Philadelphia exhibits

Artifacts of New Philadelphia are at the Illinois State Museum in Springfield. You’ll find others at the Smithsonian Museum of American History in Washington, D.C., History Museum on the Square in Quincy (Expanded exhibit opening spring 2021) and Chicago’s DuSable Museum of African American History.

Note: Descendant Thelma McWorter Wheaton, an Illinois activist and educator, was one of the founders of the DuSable Museum, which opened in 1961 exhibiting materials about the McWorter family and New Philadelphia. It displays a bronze bust of Free Frank, sculpted by artist Shirley McWorter Moss.