WBEZ is reporting those charged in federal court in Chicago include former ComEd CEO Anne Pramaggiore and retired lobbyist Michael McClain of Quincy.

Others charged, according to WBEZ, were ComEd executive John Hooker and lobbyist Jay Doherty. WBEZ is reporting that all four face charges of bribery conspiracy, bribery and willfully falsifying ComEd books and records. 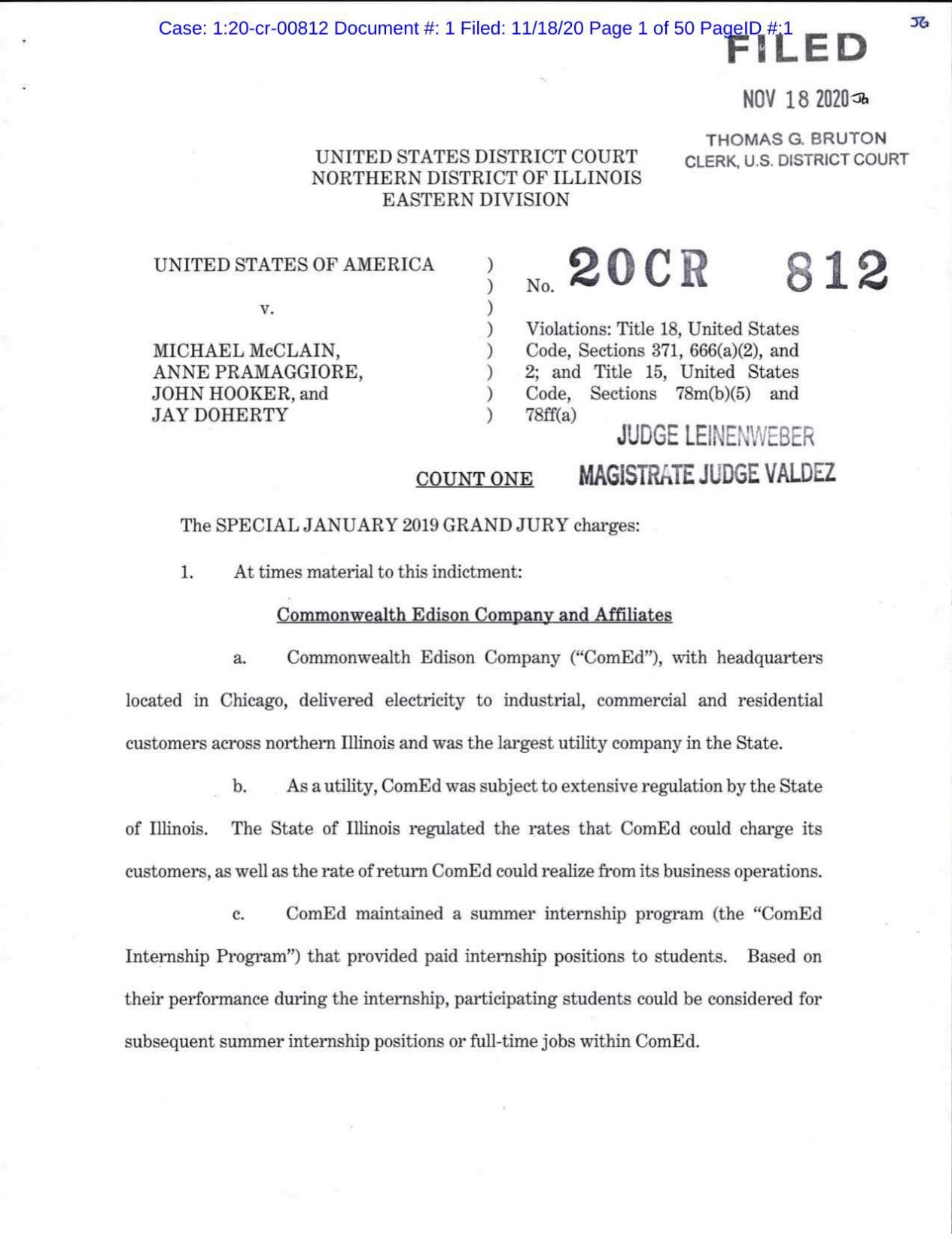 Madigan has not been charged with a crime and has staunchly denied any wrongdoing, WBEZ reports.

In a statement released Wednesday night, an attorney for McClain called the charges "an attempt to rewrite the law" and denied any wrongdoing by McClain.

"The charges filed today by the United States Attorney’s Office for the Northern District of Illinois are the result of a misguided investigation and misapplication of the law, driven by an obvious desire to find some way to criminally implicate a current elected official, who happens to be Mike McClain’s longtime friend," the statement read. 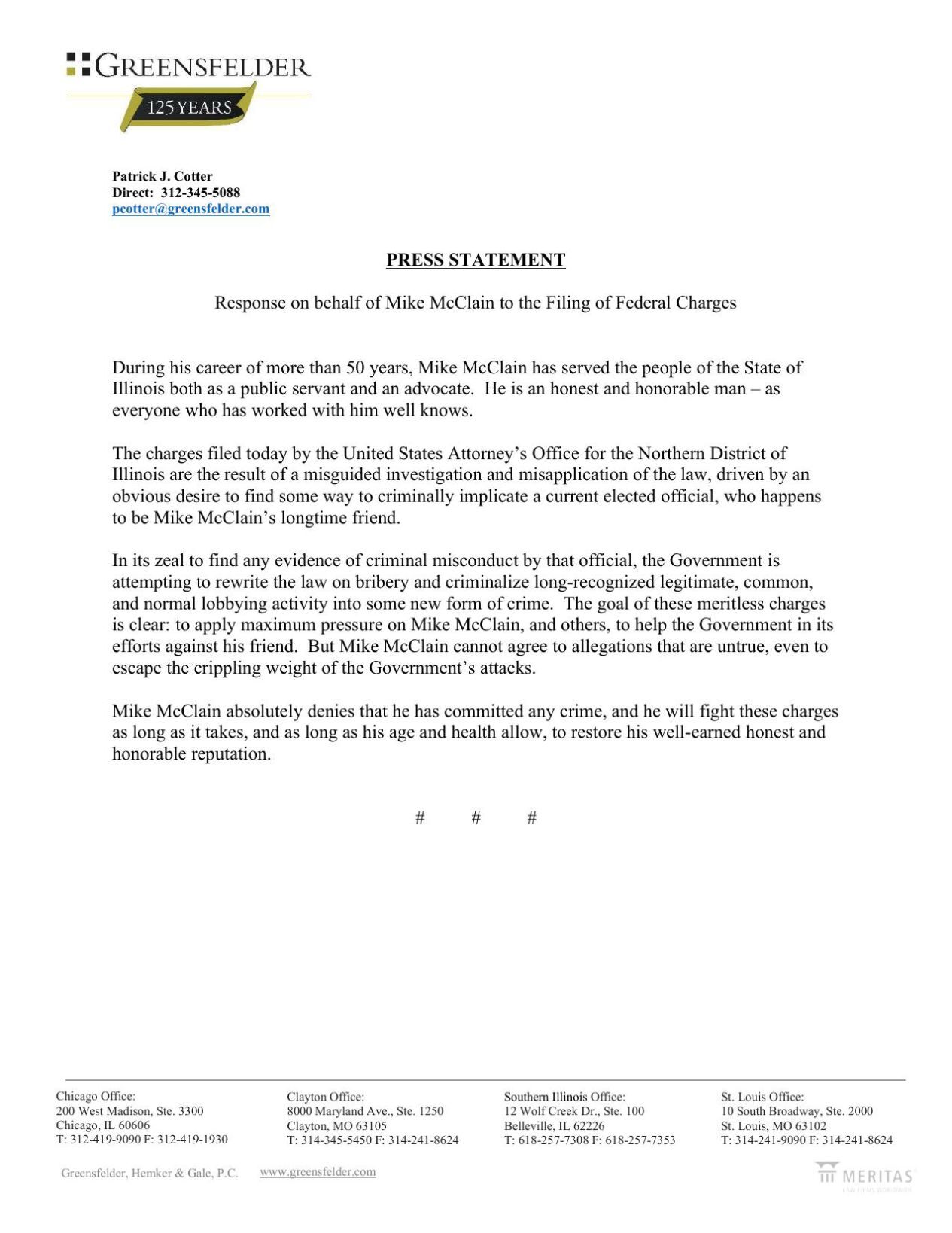 The statement said McClain would fight the allegations "as it takes, and as long as his age and health allow."