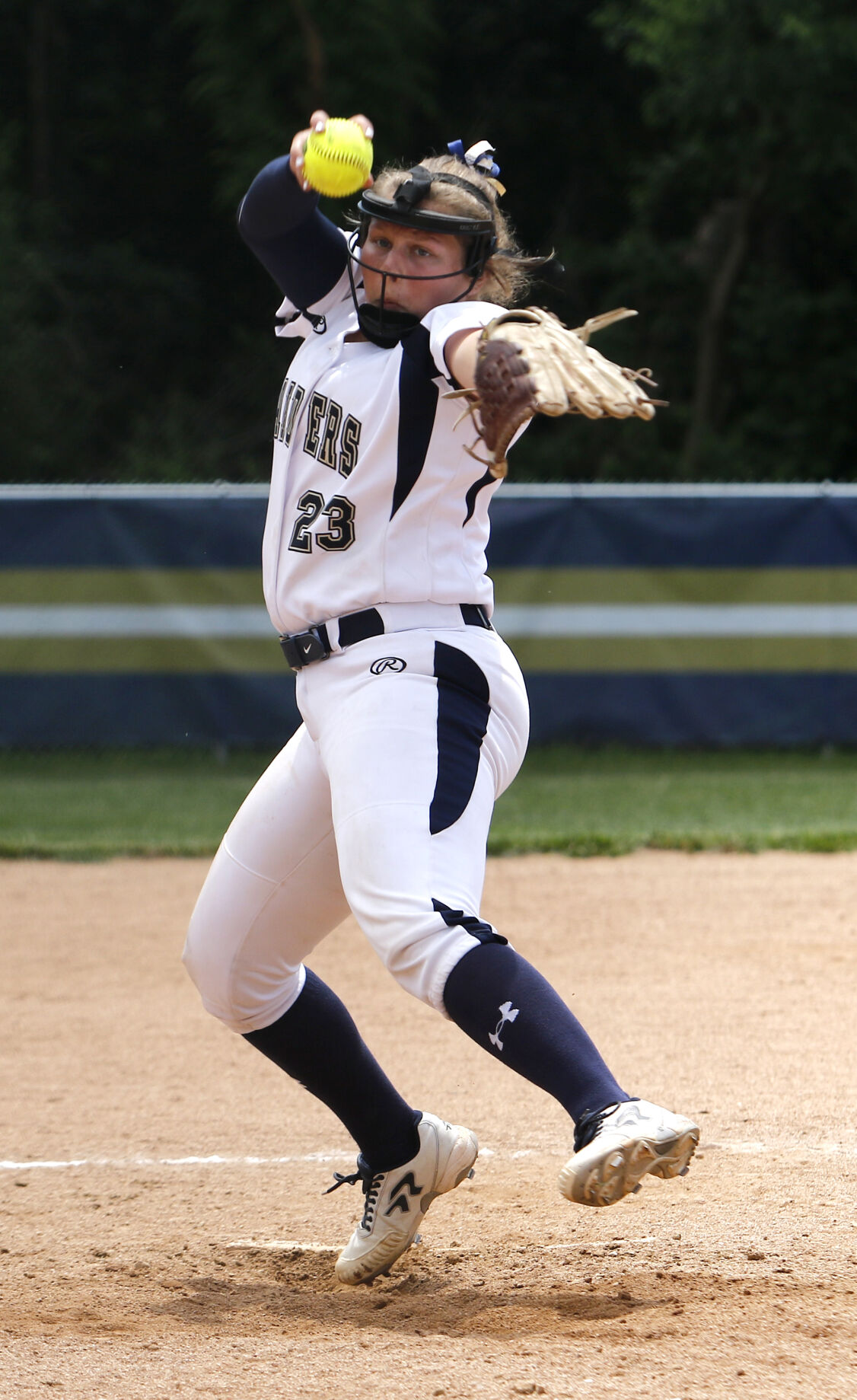 Quincy Notre Dame hurler Eryn Cornwell delivers a pitch during the fourth inning of Saturday’s Class 2A regional championship against Pleasant Plains at the Backyard. 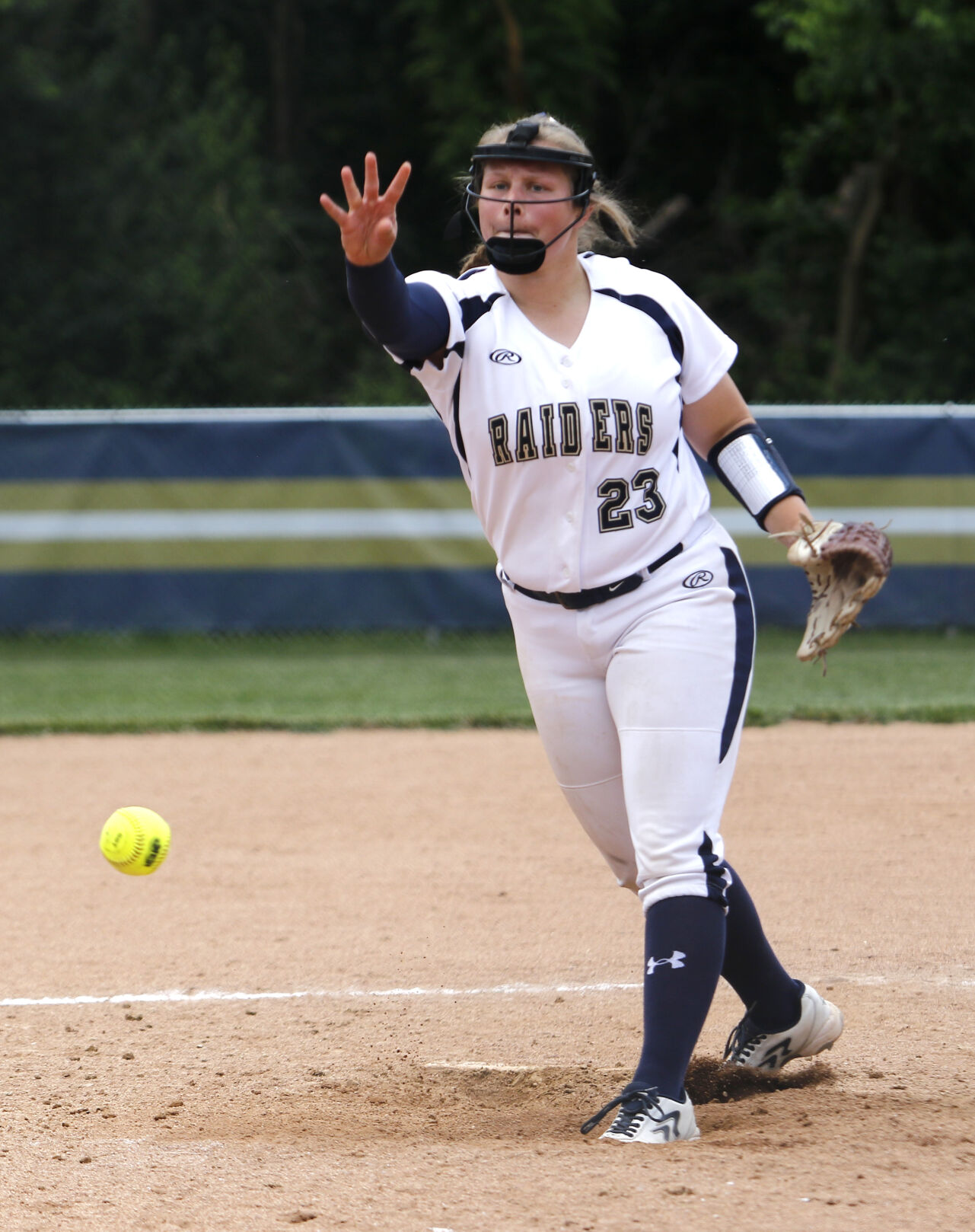 Quincy Notre Dame hurler Eryn Cornwell delivers a pitch during the fourth inning of Saturday's Class 2A regional championship against Pleasant Plains at the Backyard.

Quincy Notre Dame hurler Eryn Cornwell delivers a pitch during the fourth inning of Saturday’s Class 2A regional championship against Pleasant Plains at the Backyard.

Quincy Notre Dame hurler Eryn Cornwell delivers a pitch during the fourth inning of Saturday's Class 2A regional championship against Pleasant Plains at the Backyard.

Junior right-hander Eryn Cornwell, the ace of the Raiders’ pitching staff, missed practice Friday on the eve of the Class 2A regional championship game against Pleasant Plains due to a flu-like viral infection.

She was prescribed antibiotics and rest, but Orne wasn’t certain Cornwell would be ready for Saturday’s 11 a.m. first pitch.

“It was a sort of a sleepless night,” Orne said.

Cornwell rested much better. She had no doubts she’d be in the circle.

“I was like, ‘Not going to miss that game,’” Cornwell said. “I was definitely going to be here whether I felt good or not.”

Backed by a couple of sterling defensive plays, Cornwell never allowed the Cardinals to find their rhythm, tossing a one-hit shutout and retiring the final seven batters she faced to put a stamp on a five-inning 10-0 victory at the Backyard.

“She battled through it,” Orne said. “I told her, ‘Let’s get you some runs and get you out of here early.’ She did a good job of handling everything. She’s made for this.”

Cornwell locked in immediately, striking out Pleasant Plains leadoff hitter Bailey Meyer and retiring the Cardinals in order in the first inning.

“That strikeout right off the bat made me feel better,” Orne said.

Cornwell allowed a leadoff single by the Cardinals’ McGwire Ruot in the second inning, but used three consecutive ground balls to escape any danger. In the third inning, Cornwell hit Jillian Cameron with a pitch and walked Meyer. A groundout moved but runners up a base, so QND intentionally walked Pleasant Plains clean-up hitter Sierra Nation.

The Raiders stranded all three runners as Katie Cowan knocked down a hard grounder at first base, going to her knees to keep the ball in front of her and scrambling to the base for the force out.

“The defense locks down every game,” Cornwell said.

Pleasant Plains went down in order the final two innings as Cornwell finished with four strikeouts and nine groundouts.

“She was great,” QND second baseman Corinne Dickerman said. “She was so composed. Even with all the noise going around, she was doing her thing, throwing the right pitches and following through.”

This was no time to skirt that responsibility, not matter how much life the illness absorbed.

“We wanted this,” Cornwell said. “Nothing was getting in our way.”