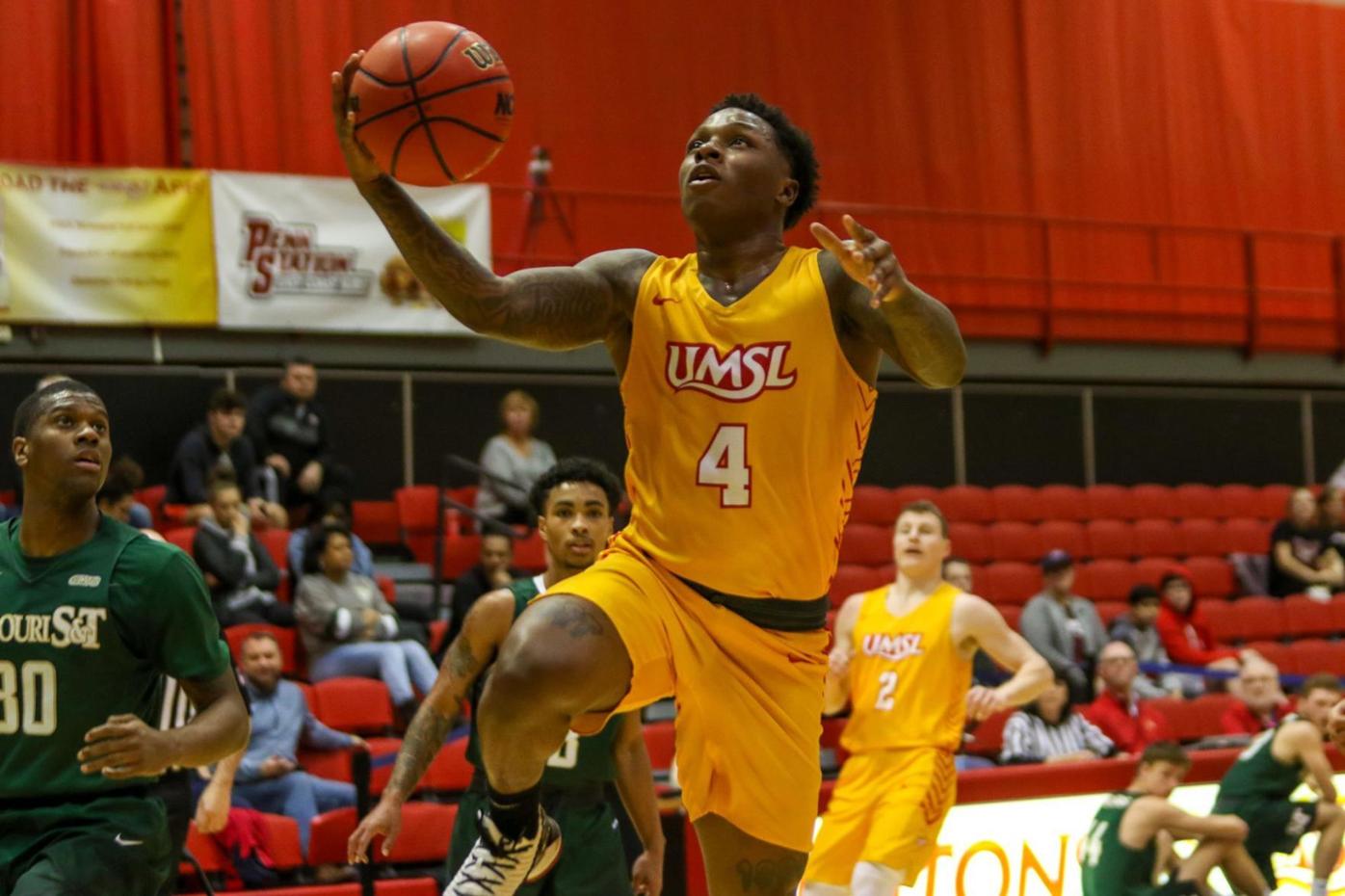 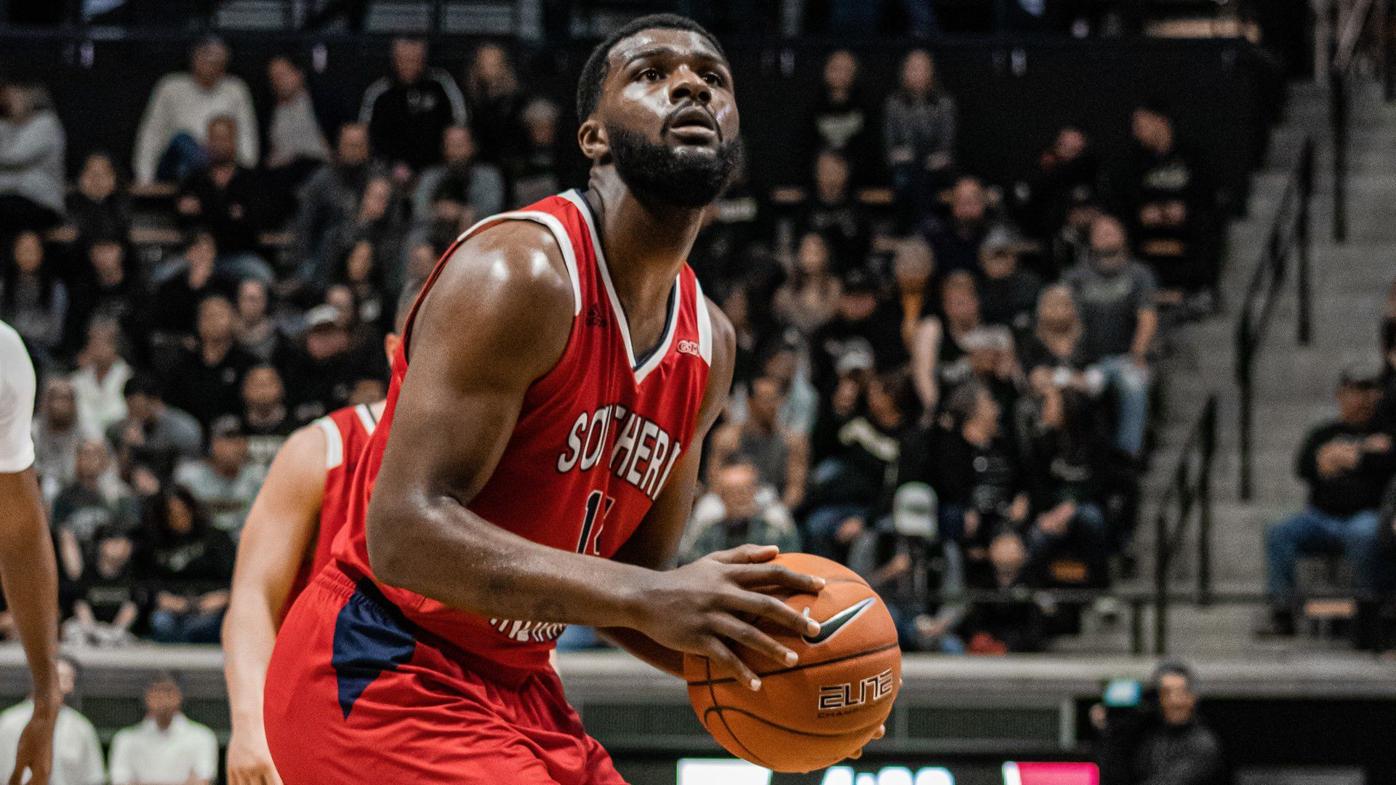 Southern Indiana forward Emmanuel Little is one of the reasons the Screaming Eagles were the unanimous pick to win the Great Lakes Valley Conference East Division championship.

Southern Indiana forward Emmanuel Little is one of the reasons the Screaming Eagles were the unanimous pick to win the Great Lakes Valley Conference East Division championship.

Brace for it because it’s coming.

The men’s basketball coaches within the Great Lakes Valley Conference know it, too.

The coronavirus pandemic is bound to interrupt the league’s 22-game schedule at some point over the next three months, and no one will be immune. Positive tests for COVID-19 will force the postponement of games, much the way they have limited the practice availability for a vast number of players.

In fact, it’s already happened. Truman State scheduled a weekend scrimmage, but a call came at 3 p.m. Thursday canceling the event due to coronavirus precautions.

The ability to be fluid, adaptable and flexible will be as important as the ability to score, rebound and defend.

“I want to get to the first weekend and see if we can have games,” Missouri-St. Louis coach Bob Sundvold said. “That’s what we’re in this for and maybe this is the first year you’re not sitting there gnashing your teeth trying to figure out how to win all of them. Rather, how to do you get them in, how can you have games, how can you play.

“I think we can get our season in. It won’t look like anything we’ve ever done and maybe we’ll all learn something from it.”

Appreciating the moment as much as the end result is vital, especially when you realize what teams have already gone through.

Lewis coach Scott Trost said the Flyers weren’t able to have a full 5-on-5 practice until last Wednesday because of players going in and out of quarantine. Southern Indiana coach Stan Gouard said a couple of the Screaming Eagles were in quarantine for 28 straight days. Quincy coach Ryan Hellenthal said nearly every player on his roster has been subject to a quarantine at one time or another.

“We’ve been treading very carefully with what we do here,” Gouard said. “We’re trying to be creative here so that we protect the well-being of our young men, but also getting these guys back in shape. Hopefully we stay healthy and get these guys in a good place so that we don’t just have to battle COVID but you have to battle injuries as well.”

The league has put protocols in place to create the safest environments possible on game nights, including not allowing fans, providing an extended break between games of the men’s and women’s doubleheaders to sanitize and weekly testing for those within each team’s bubble.

The coaches hope it’s enough to keep teams on the court as much as possible.

“Honestly, your biggest ability this year is going to be availability,” Indianapolis coach Paul Corsaro said. “Can you avoid this virus and keep yourself safe and make sacrifices to avoid putting yourself in situations where you might get the virus and not only be out yourself for a little while but cause your teammates to go down?

“Not only the best basketball team, but the team that manages this the best puts themselves in the best situation to be holding the trophy at the end of the day.”

Talent exists from top to bottom

UMSL, which shared the GLVC regular-season championship with Truman State last season and enjoyed an historic 27-6 campaign, is the highest ranked league team, checking in at No. 9. Southern Indiana is ranked 25th, while Truman State and Indianapolis are both receiving votes.

Don’t be surprised to see Drury and possibly Lindenwood in that mix before the season ends.

“I think it’s great to see a team like us and a team like UMSL come in and have a year like we did last year,” said Horner, whose team finished 23-8 and won the GLVC Tournament title. “It’s not always the same teams dominating year in and year out. I look at how well stacked the conference is from top to bottom. So we’re expecting a battle night in and night out.

“We’re going to have to go through some changes and adapt to some adversity, and I hope our guys are ready to do that.”

They better be with high-level talent returning across the board.

“It’s never one of those things where you’re going to wake up, go play a team and win because you were 22-8 or whatever last year,” Gouard said. “It’s a tough league, very competitive top to bottom. That’s what makes this league so great.”

It forces teams to always be at their best.

“It’s a deep conference,” Corsaro said. “There’s not one team that is clearly above the rest, but there aren’t any given wins either. You could essentially lose a game on any given night. There’s no room for error.”

To hear Corsaro say Cory Miller Jr. “knows one speed and it’s 100 percent” should come as no surprise.

It’s how the 2017 Herald-Whig Player of the Year and former John Wood Community College All-American guard has always played. It’s the kind of effort and engagement Coraso hoped to see when he replaced Stan Gouard as the Greyhounds coach.

“It’s been a nice to have the leading returning scorer on our team embrace a new coaching staff and be all in,” Corsaro said. “He’s really been an extension of our staff to the rest of the team. His work ethic is just unparalleled. It’s a little cliché, but he would try to run through a brick wall if asked.

“He’s not just a vocal leader. He’s a lead-by-example guy as well.”

Miller averaged 12 points per game as a junior, shooting 52.6 percent from the field and 50 percent from 3-point range. He was named to the GLVC All-Defensive team, averaging 3.3 rebounds and 1.3 steals per game while being asked to lockdown an opponent’s top wing most every night.

He’s willingness to buy into what Corsaro and the new staff have implemented have made the transition smoother.

“My history here made it easier,” said Corsaro, a 2012 UIndy grad who spent six seasons on Gouard’s staff before a two-year stint as an assistant at Purdue-Fort Wayne. “There wasn’t too much of an adjustment for me and my staff as far as how to operate at the University of Indianapolis, where to go for that, who to call for this. I kind of knew how operate within the constraints of the university, and that made it a pretty smooth transition.

“From a basketball standpoint, we have some really talented returners who knew the GLVC and knew the way things were done at UIndy from a historical standpoint. Those returners and their ability combined with my history at UIndy has made this transition go as good as it could in the COVID era.”

Tritons primed for another run

Sundvold and his staff tried to recruit Rose out of high school when he starred at Springfield Lanphier, but the point guard decided to attend Parkland College with the hopes of developing into an NCAA Division I prospect.

“We thought we’d never get another shot at him,” Sundvold said.

The Tritons did and it’s been the perfect match.

With Rose running the offense and a veteran team around him, more success should be in store.

“He’ll be on my coaching staff the minute he gets done playing, whenever that is,” Sundvold said. “He wants to get into coaching. He’s a leader and great kid and just one of those special guys.”

There are a few of those on the UMSL roster. Senior guard Jose Grubbs, senior guard Shane Wissink and redshirt junior guard Steve Webb have helped revamp the program since committing to the Tritons as part of the same recruiting class.

So far, practices have been good. The challenge will be maintaining that level of energy and enthusiasm during an ongoing pandemic.

“We’re going to keep score at these games, so you’re going to want to win,” Sundvold said. “But the way you go about it, you have to have a big picture view of it. At the end of the year, if the Tritons play all 22 games and are lucky enough to do that, it’s been a good year.

“If we keep everyone healthy and no one gets sick, it’s been a terrific year.”

The three-game winning streak to end the regular season earned Truman State a share of the GLVC regular-season title last season, and three straight victories in the GLVC Tournament earned the Bulldogs their first conference crown.

It also made them one of the hottest teams to qualify for the national tournament.

Then the pandemic hit and the tournament was canceled.

“We have a little bit of a chip on our shoulder because we were playing extremely well at the end of last year,” Horner said. “It was tough for us to get that news considering how well we were playing and could have made a run in the NCAA Tournament.

“The rug kind of got pulled out from underneath us, so the guys are ready to get back at it.”

Losing GLVC Player of the Year Brodric Thomas, who averaged 21.5 points, 7.2 rebounds and 3.3 assists, will force the Bulldogs to discover other scoring options and get everyone involved.

“Our guys got kind of stuck sometimes watching him play,” Horner said. “He was such a good player and could get his shot off whenever he wanted. He was super unselfish, too.

“So it’s how much our guys share the ball and how much they like to play together that sets them apart.”

Flyers on the rebound

Trost is entering his 15th season at Lewis – the second longest tenure of any coach in the league behind only Drury’s Steve Hesser – and he endured his first losing season last winter when the Flyers went 13-15. They suffered six losses by six points or less.

“I’m not going through that again,” Trost said. “So we went out and recruited and we’re a lot different team.”

Lewis added a pair of NCAA Division I transfers in senior forward Trevian Bell from Green Bay and junior forward Atakan Sahinkaya from Troy, along with two junior college transfers who bolster the frontcourt. Trost also believes he has one or two freshmen who could have an impact.

“I think we’ve added much needed talent to our roster,” Trost.

The problem is most of the talent has been in quarantine.

It’s made figuring out what kind of team this is impossible.

“I went into practices this year not knowing what to do,” Trost said. “What do you do with seven guys? You can do 5-on-0 only so long. You can do shooting only so long. But at the end of the day, these guys want to compete.”

Trost believes once the Flyers get on the court together they will succeed, but he can’t be sure they’ll be ready for the opening weekend.

“Physically, are we going to be prepared to play?” Trost said. “That’s why we have to start doing something.”