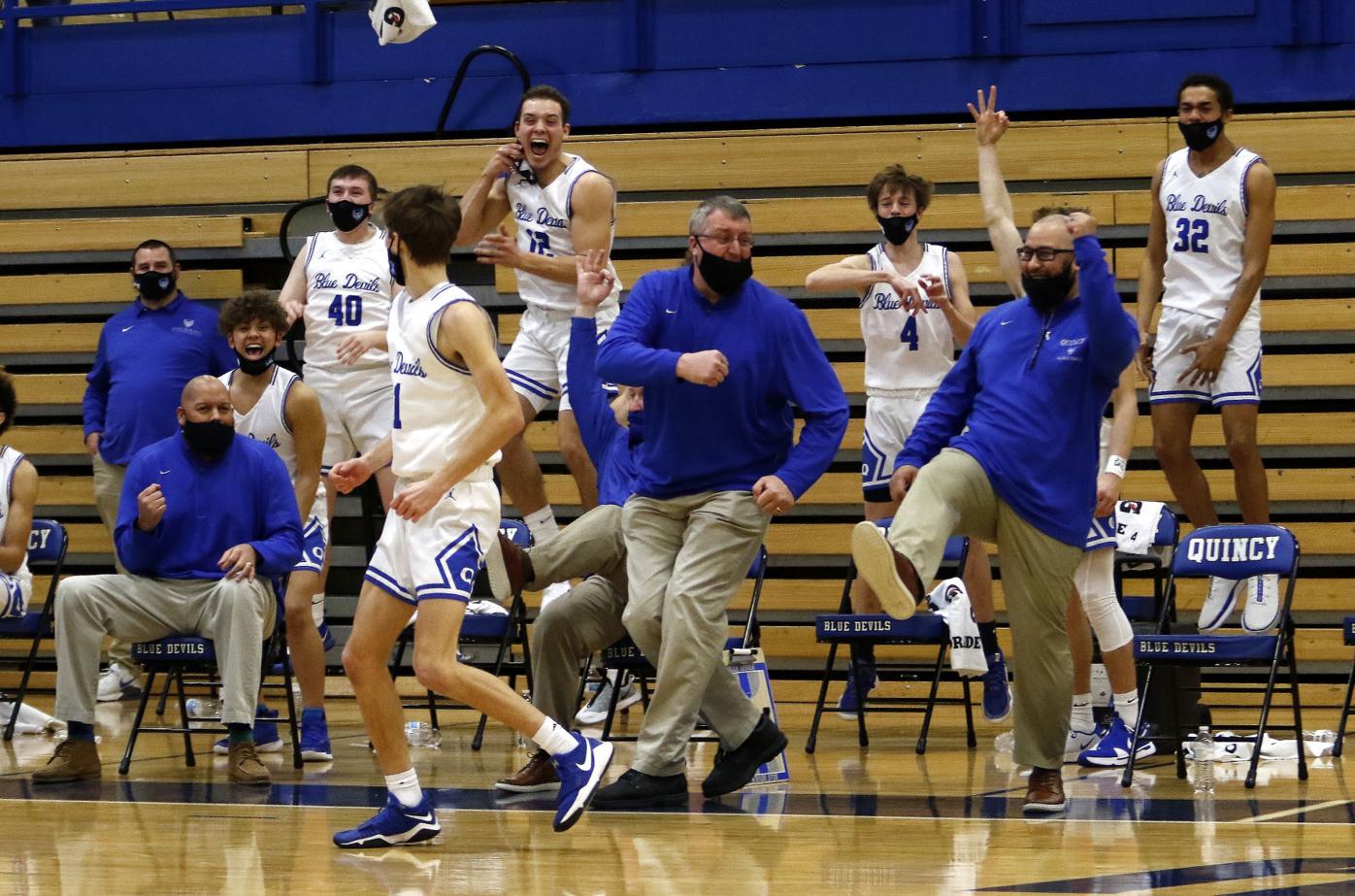 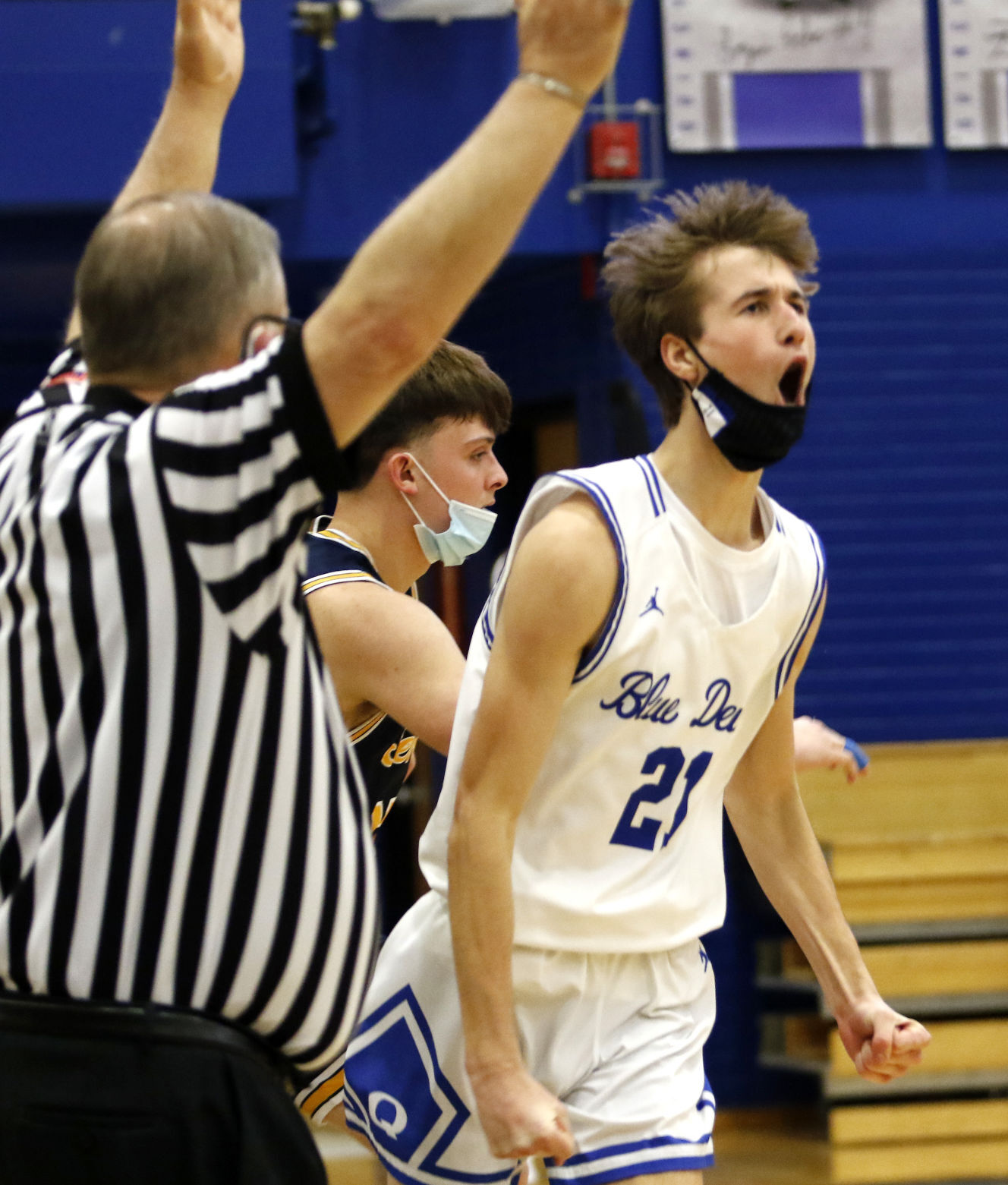 Quincy High School senior guard Jack Rupert reacts after hitting a 3-pointer from the left corner to give the Blue Devils a 38-25 lead over Sterling in the third quarter Saturday night at Blue Devil Gym. 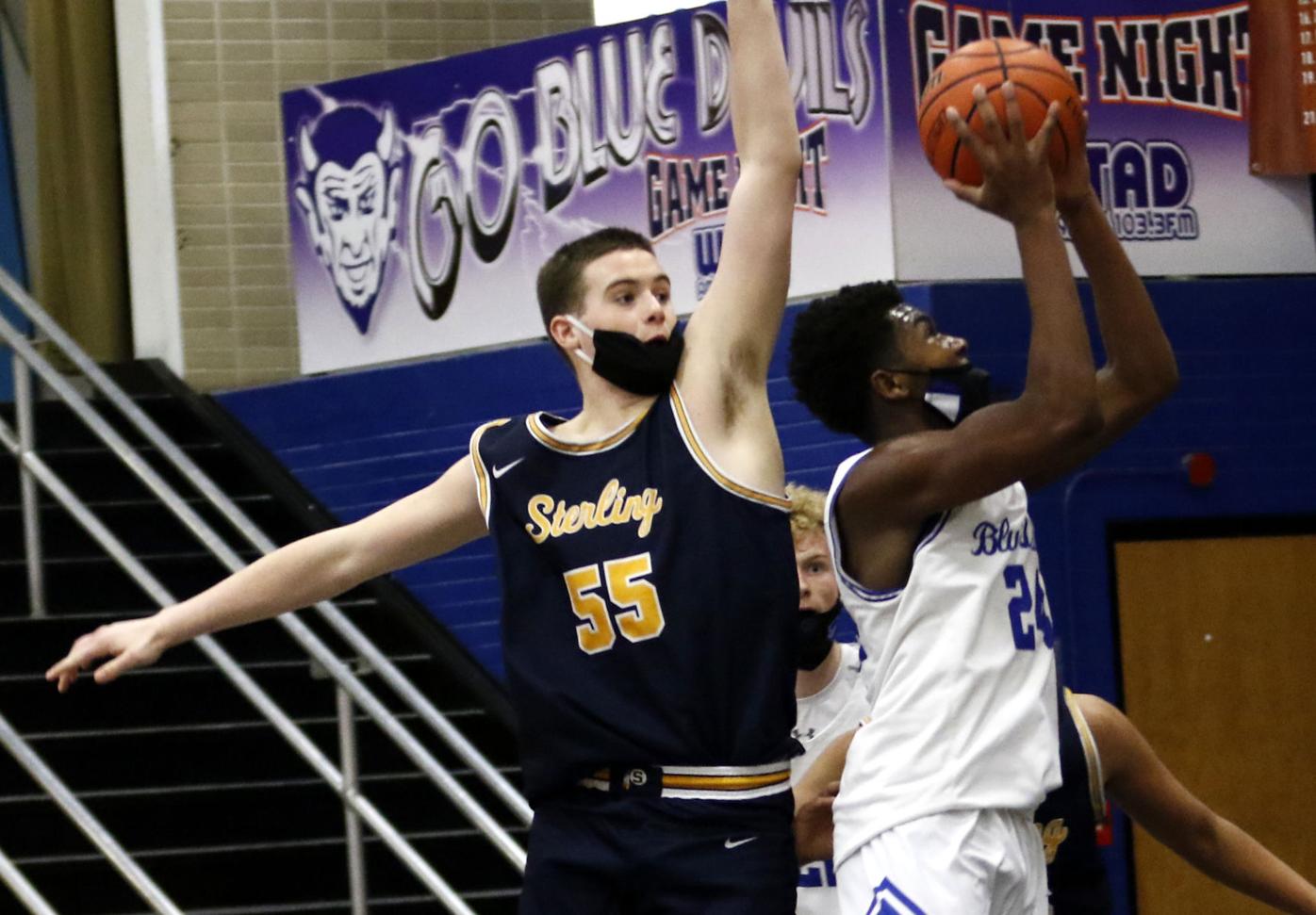 Quincy High School's Jeremiah Talton, right, gets inside Sterling's Lucas Austin to score at the rim during the first half of Saturday night's Western Big Six Conference game at Blue Devil Gym. 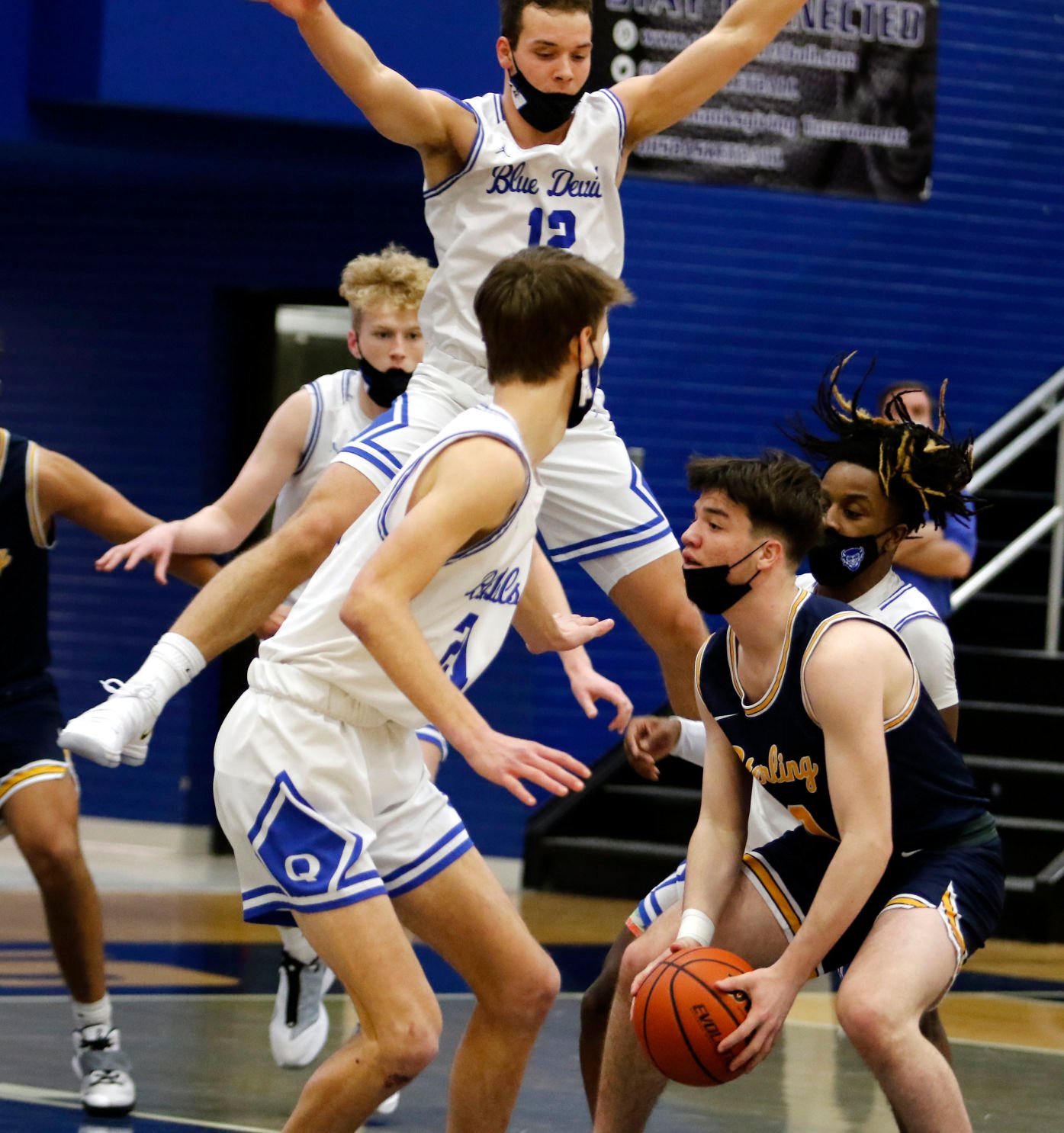 Quincy High School senior guard Jack Rupert reacts after hitting a 3-pointer from the left corner to give the Blue Devils a 38-25 lead over Sterling in the third quarter Saturday night at Blue Devil Gym.

Quincy High School's Jeremiah Talton, right, gets inside Sterling's Lucas Austin to score at the rim during the first half of Saturday night's Western Big Six Conference game at Blue Devil Gym.

The Blue Devils believe changes in latitude are sure to follow.

“It’s up from here,” senior forward Brady Rupert said. “We just have the momentum now.”

Playing with confidence born from being competitive in Friday night’s loss at Galesburg, the Blue Devils seized the moment in the third quarter against Sterling, turning a seven-point halftime advantage into a runaway 67-35 victory in Western Big Six Conference play.

It ended a five-game losing streak, tied for the longest to start a season in school history, and rejuvenated a group that looked emotionally defeated a week ago.

“Definitely, there’s a sense of relief,” Quincy senior guard Jack Rupert said. “We showed and proved we can execute our sets and do the right thing. We just have to keep our heads up and keep moving in the right direction.”

He was the one to show the way.

A five-point possession that included a technical foul on Sterling’s Carter Ryan late in the second quarter allowed Quincy to turn a tie game with less than four minutes remaining in the half into a 32-25 lead by halftime. Just 49 seconds into the third quarter, the Blue Devils’ advantage reached double digits as Jack Rupert hit a 3-pointer from the left wing.

After trey from the left wing followed, and he hit back-to-back 3-pointers from the right wing to give Quincy a 44-26 lead that forced Sterling to take a timeout with 5:01 to go in the quarter.

“I felt that rhythm coming,” Jack Rupert said. “I knew I needed to execute it.”

He didn’t hesitate to take open shots, and no one hesitated getting him the basketball.

“I made sure I was ready for the next shot,” said Jack Rupert, who made five 3-pointers as part of a 16-point effort. “Wherever I was, I looked for the open shot and made sure all my teammates were ready if they were open, too.”

“It felt totally different,” Brady Rupert said. “Before the game, we were talking and saying, ‘We have to go out there and trust each other and be in our spots.’ That’s exactly what we did.”

The energy offensively carried over to the defensive end as the Blue Devils allowed just 10 second-half points and three field goals, none outside the arc. The Golden Warriors (2-6, 0-5 WB6) made four 3-pointers in the first half.

Jeremiah Talton spearheaded the defensive effort, blocking three shots and grabbing nine defensive rebounds as part of a 12-rebound night. He also led the Blue Devils with 24 points, going 6 of 8 from the line, as nine Blue Devils scored in what QHS coach Andy Douglas touted as the most complete team effort to date.

“This group has stayed the course,” Douglas said. “This past week was a gut-check week for us in terms of bringing energy every game we play. We see it in practice. We see them getting after in practices. We’ve also seen that dip when the ball gets passed in, not thrown up this year.

The Blue Devils’ enjoyment was back, too.

“We were all having fun out there, playing as a team, going 100 percent,” Jack Rupert said. “We were playing basketball like it should be.”