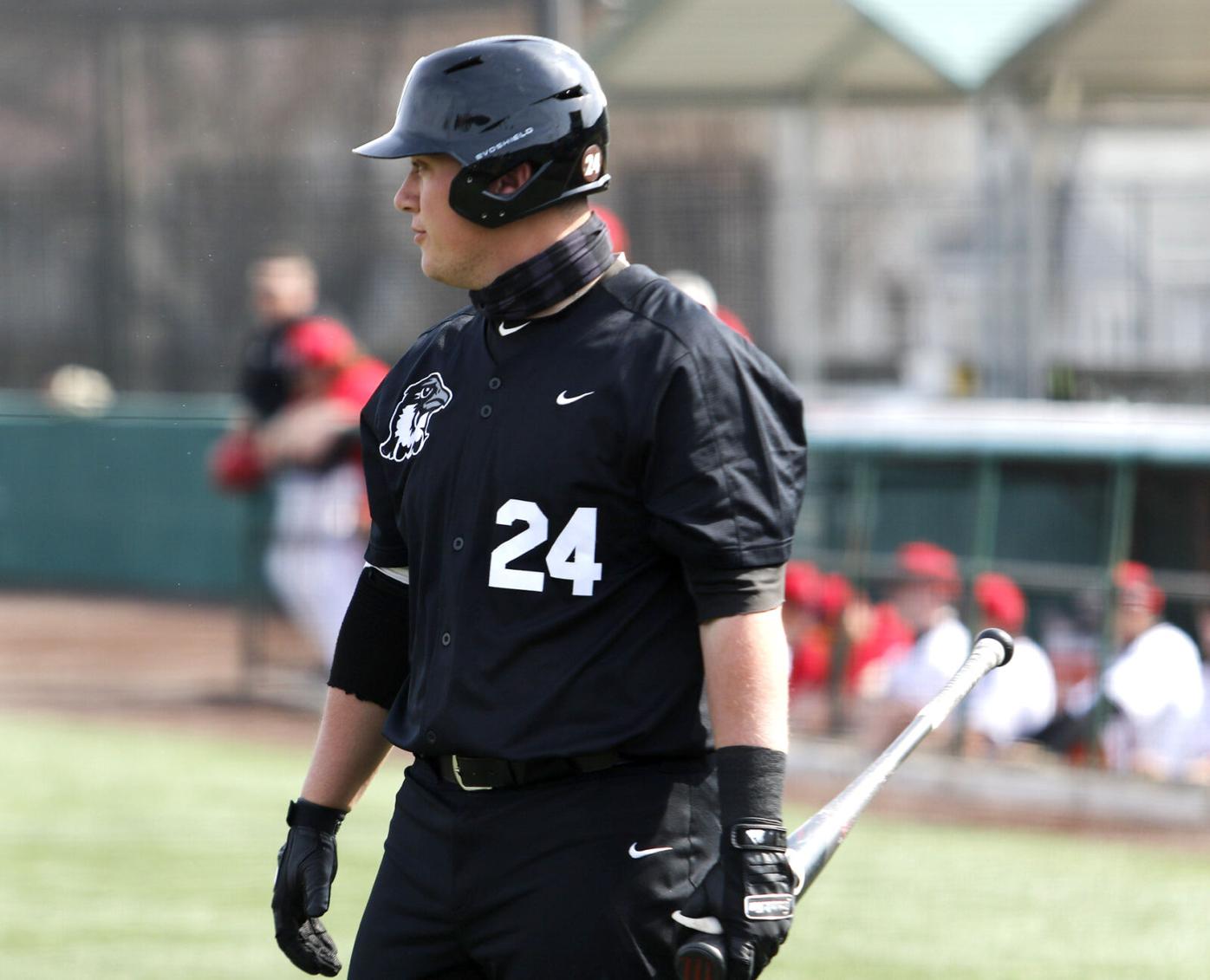 Quincy University senior first baseman Michael Nielsen decided to use the extra year of eligibility granted by the NCAA to help the Hawks chase postseason glory. Nielsen is hitting .361 with a team-leading 12 home runs and 50 RBIs. 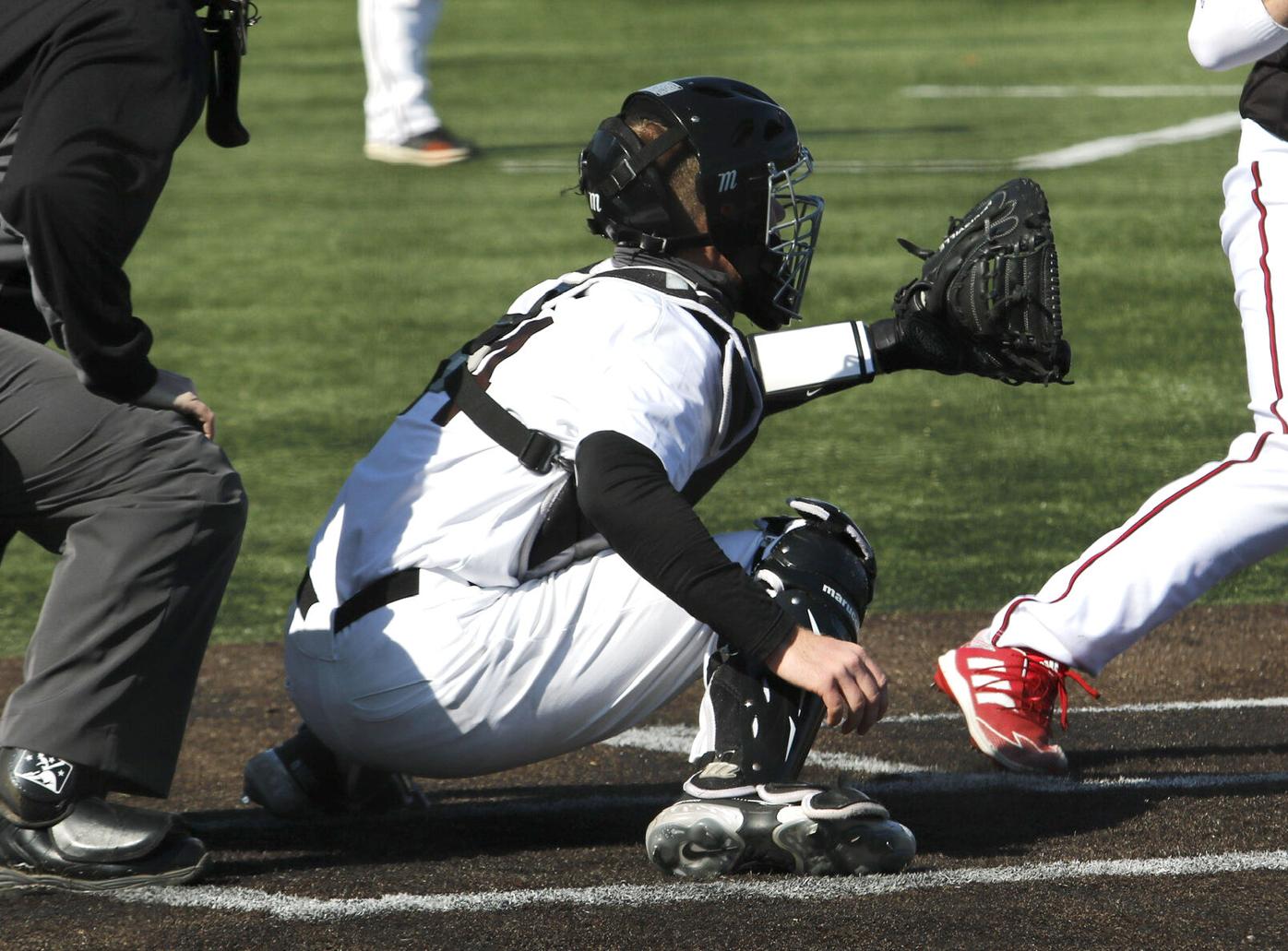 Senior catcher Jacob Kalusniak has been the Quincy University baseball team's rock defensively, keeping the pitching staff locked in and throwing out 13 would-be base stealers.

Quincy University senior first baseman Michael Nielsen decided to use the extra year of eligibility granted by the NCAA to help the Hawks chase postseason glory. Nielsen is hitting .361 with a team-leading 12 home runs and 50 RBIs.

Senior catcher Jacob Kalusniak has been the Quincy University baseball team's rock defensively, keeping the pitching staff locked in and throwing out 13 would-be base stealers.

QUINCY — The wisdom of a child shines brightest in the moments adults often forget to appreciate.

After the coronavirus pandemic shut down the Quincy University baseball team’s 2020 season, Nielsen returned home to Bloomingdale, Ill., and spent part of his spring and summer coaching youth baseball for players ages 8 to 14. It stoked the 23-year-old first baseman’s passion for the game to the point he couldn’t give up on his playing career just yet.

So he decided to take advantage of an extra year of eligibility granted by the NCAA and came back for a fifth season with the Hawks.

“Coaching 8-year-olds and 10-year-olds, you see their love of the game,” Nielsen said. “It reminds you why you played this game in the first place. There’s that feeling of hitting that first home run or winning that first tournament, and seeing that happen for kids was really humbling and also really solidified the fact I wanted to come back and chase one more ring.”

That pursuit starts in full earnest this week.

The No. 23 Hawks head to St. Charles, Mo., for the Great Lakes Valley Conference Tournament and will face Southern Indiana at 12:30 p.m. Thursday in the opening round at Lou Brock Sports Complex on the Lindenwood University campus.

The QU lineup likely will feature at least three seniors who exercised their choice to return, as well as staff ace Riley Martin and a bevy of bullets in the bullpen. In all, the Hawks had eight seniors choose to play the additional season.

“When everything got shut down, I told my coaches that we had a lot of grads with a lot of options,” QU coach Josh Rabe said. “I remember going into the dugout and having a meeting. There were seven guys who were moving on. One was going to law school, two were going to (physical therapy school). There was no reason for them to come back. They needed to start their lives.

“I met with the others and said, ‘We need to run this back.’”

For some, the decision to return was simple.

“It was an automatic yes from me,” outfielder Cole Evans said.

Others needed a little more time to digest everything.

“At first, I wasn’t coming back,” catcher Jacob Kalusniak said. “But I have all my life to work. I decided to come back, and it’s the best decision I ever made.”

The chance to take a final swing swayed Nielsen, too.

“My dad made the comment, ‘You have the rest of your life to work,’” Nielsen said. “But then he said, ‘If you go back, it better be the most driven and most focused you’ve ever been in your five years.’ So we’ve put in the work.”

Because of that, the results have followed.

The Hawks finished the regular season 27-11 and second in the GLVC’s Green Division, which was won by fourth-ranked Illinois-Springfield. They strung together 14 consecutive victories at one point and didn’t lose a series until the final weekend when the Prairie Stars won two of the three games played with the series finale rained out.

Such success makes the decision to return an unqualified success, but the Hawks say it goes deeper than wins, losses and stats.

“I have absolutely no regrets about coming back,” Evans said. “It actually has been better than what I was anticipating team-wise and atmosphere and team culture. It’s absolutely incredible.

“Whether we go far or we don’t or whatnot, this team is a special team in the aspect of who we are and how we are as one.”

However each one came to his decision to return, it’s proven to be the right one.

“A lot of the success I’ve had this year has to do with that coaching,” Nielsen said. “Stepping back and realizing if you play just for the sheer love of the game and work hard and understand you’ve been God-givenly granted the ability to be in this situation and play the game you love for as long as I have, you’re going to enjoy it and get the most out of it.

“If you have a rough day, you’re like, ‘We’re coming back out tomorrow and we get another rap at it.’ I say that at 23, but I know the 19- and 20-year-old me would look at it totally different.”