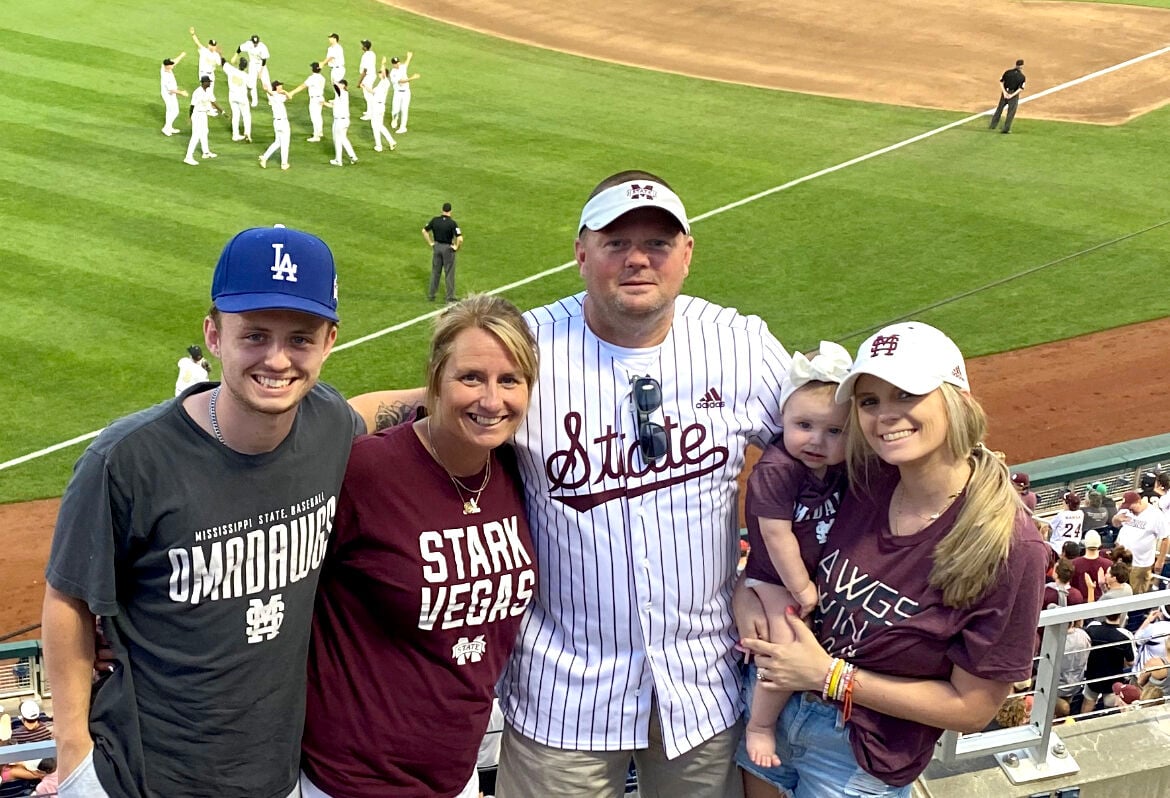 From left to right, Walker Todd, Susan Todd, Michael Todd, Charleigh Sloane and Jenna Sloane pose for a picture before Mississippi State’s game against Vanderbilt in the College World Series in Omaha, Neb. 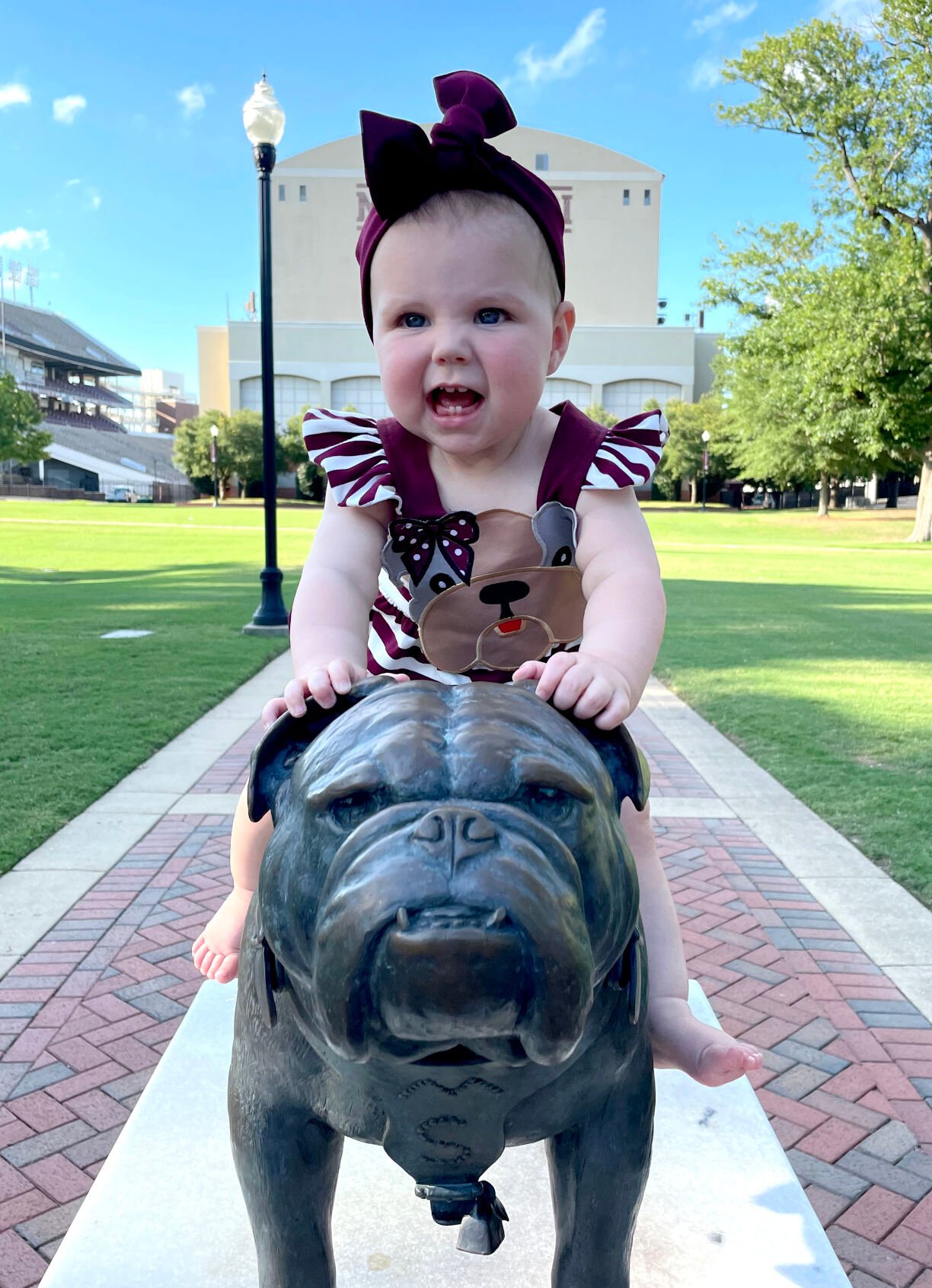 Charleigh Sloane, the 8-month-old granddaughter of Michael and Susan Todd, sits atop the bulldog statue on the Mississippi State campus in Starkville, Miss. 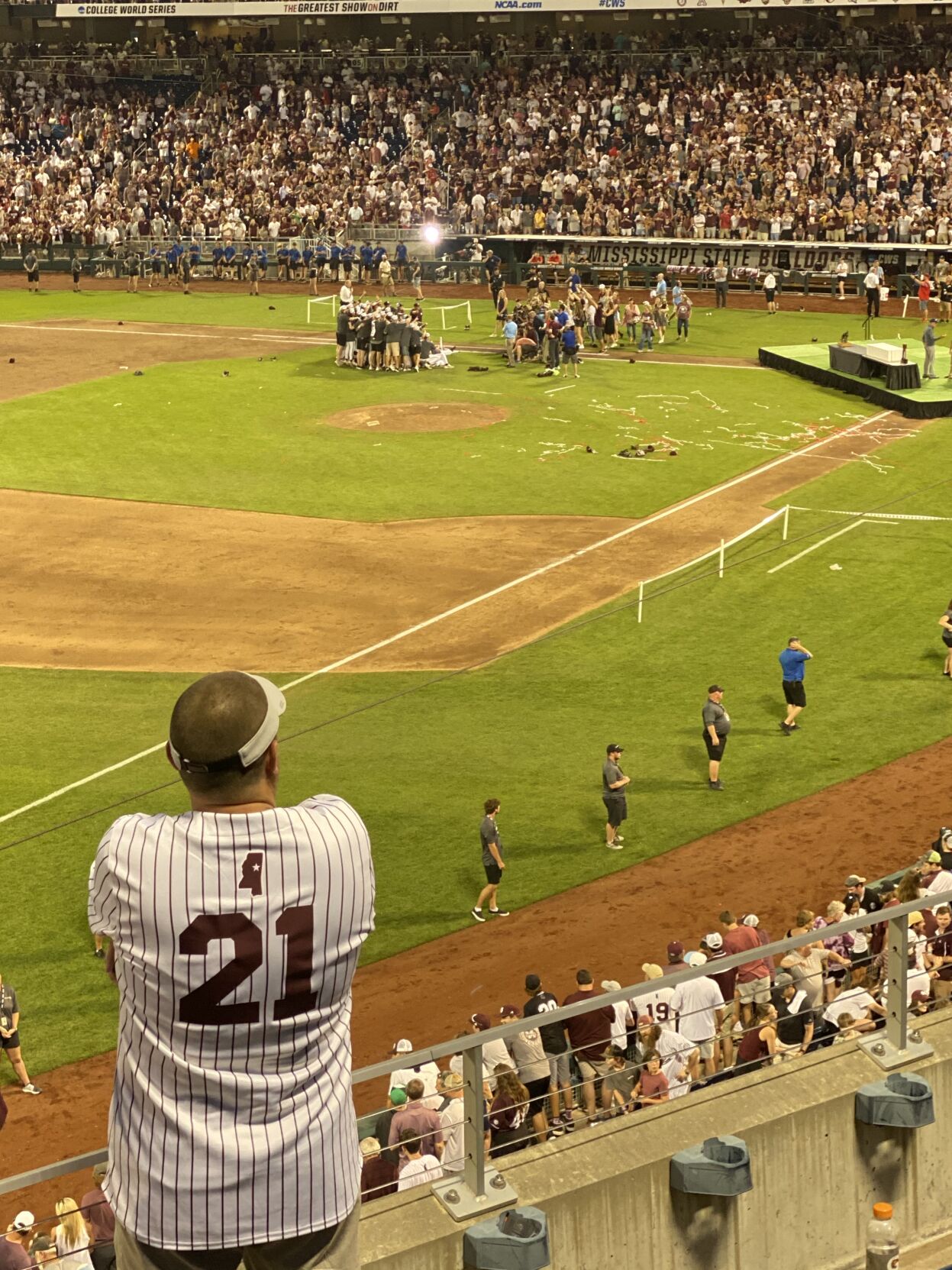 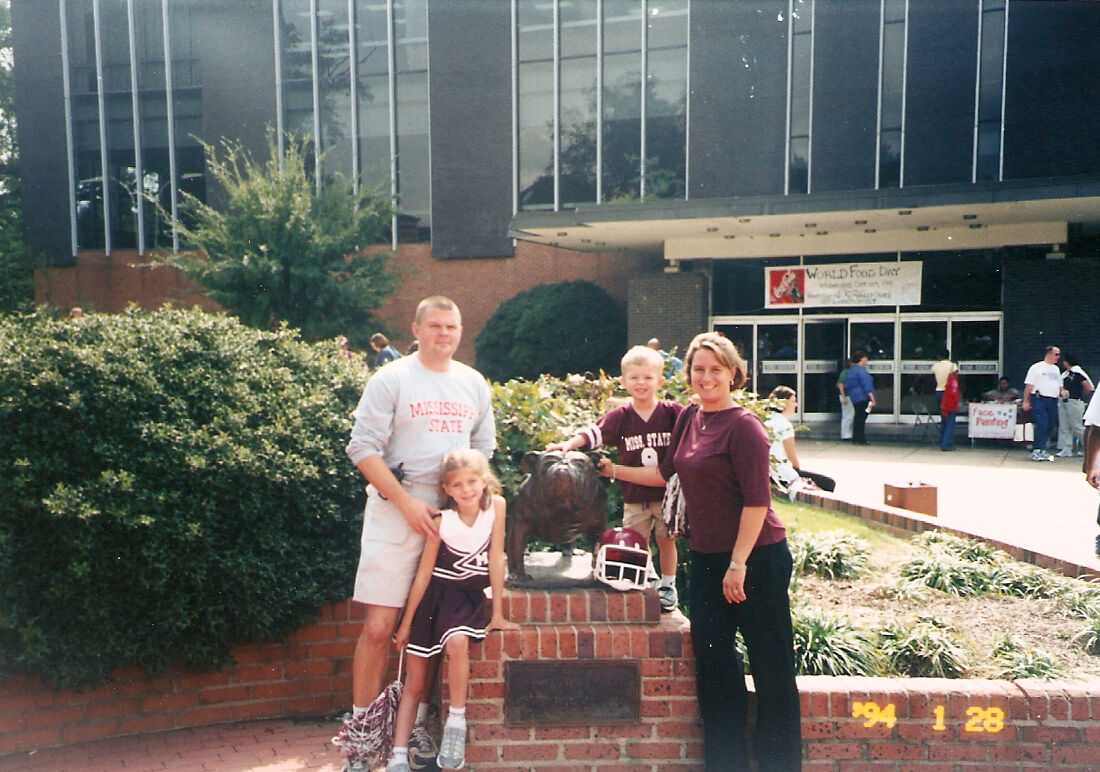 The Todd family -- from left to right, Michael, Jenna, Walker and Susan -- get their picture taken on the Mississippi State campus in Starkville, Miss. 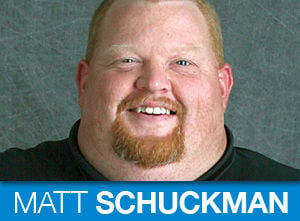 From left to right, Walker Todd, Susan Todd, Michael Todd, Charleigh Sloane and Jenna Sloane pose for a picture before Mississippi State’s game against Vanderbilt in the College World Series in Omaha, Neb.

Charleigh Sloane, the 8-month-old granddaughter of Michael and Susan Todd, sits atop the bulldog statue on the Mississippi State campus in Starkville, Miss.

The Todd family -- from left to right, Michael, Jenna, Walker and Susan -- get their picture taken on the Mississippi State campus in Starkville, Miss.

The time will come when Charleigh Sloane learns she has a place in Mississippi State athletics history.

Until then, she’ll be happy to be doted on and loved by her grandparents.

As her grandfather, Michael Todd, has noted throughout a week of joy and celebration, the 8-month-old is his good luck charm.

For the better part of the last 40 years, since he and his friends began running around in the grass field behind the left-field fence at Dudy Noble Field in Starkville, Miss., Todd has been a diehard supporter of Mississippi State athletics in general and the baseball program in particular.

Born and bred to bleed maroon is more apt.

For all the trips the Mississippi transplant — Todd and his wife, Susan, moved to Quincy 16 years ago — has made to an NCAA tournament or championship event, he had never seen the Bulldogs win a crown. No other Mississippi State fan had either.

It had never happened.

Not until last Wednesday night.

In the rubber game of the College World Series championship series, the Bulldogs tagged Vanderbilt starter Kumar Rocker for a run in the first inning, two more in the second and were relentless in a 9-0 victory at TD Ameritrade Park in Omaha, Neb.

Todd and his family watched it all unfold from seats down the left-field line.

And who was in his arms as it happened?

Having her experience Omaha and the College World Series was as important to Todd as being there himself. So after finishing a family vacation on the beach in Florida, he drove to Starkville to pay homage to the campus and community he loves and then back to Quincy on Sunday.

Throughout the trip, he told his family if the Bulldogs made it to the championship series they were heading to Omaha.

And he wasn’t going without Charleigh.

So after Mississippi State beat Texas 4-3 in an elimination game on June 26, Todd put the plans in motion. Last Monday, he drove to Oklahoma to pick up his daughter, Jenna, and Charleigh before heading to Omaha, where they met his wife and son, Walker.

Jenna’s husband, TJ, got left out because he had to go back to work following the family vacation.

“I believed Charleigh was our good luck,” he said. “She had to be there in Omaha.”

Every mile traversed and every hour spent behind the wheel was worth it to bear witness to something Todd will treasure as one of those remember-forever moments.

And he made a promise to his kids — Jenna was a cheerleader and softball player at Quincy High School and Walker was part of QHS’s Class 3A second-place state soccer team in 2015 — should Mississippi State ever win a national title he’d get a tattoo of the school’s athletic ensignia.

It didn’t take long for Jenna to remind him of that when all was said and done.

Besides, she plans to get one, too. She is a 2018 graduate of Mississippi State and nearly as devoted of a fan as her father.

Nearly is the operative word there. There aren’t many who are as devoted as Todd.

The basement of their home is a shrine to all things Mississippi State. The walls are adorned with framed pictures, posters and autographs. Memorabilia fills the shelves. Even the chairs around the card table in the middle of the room are maroon.

That sort of passion is cultivated over time. It’s been passed down from Todd’s grandfather and his uncle, Davis, who both passed away before ever seeing the Bulldogs win a championship.

It comes from listening to the voices of Mississippi State’s past, like the iconic Jack Cristil, who spent 58 years calling Bulldogs’ games on the radio and coined the phrase “You can wrap this one in maroon and white.” He never called a title game victory in all those years.

So any and all disbelief it was actually happening was understandable.

Todd first attended the CWS in 1985 when Mississippi State rolled into Omaha with “Thunder and Lightning” in the form of Will Clark and Rafael Palmeiro. Bobby Thigpen and Jeff Brantley also were on that team. The Bulldogs didn’t win the title.

He’d witnessed the heartache in Omaha multiple times since.

But not this year. Tears of joy replaced tears of disappointment.

“I thought if this truly happens would I go crazy? Would I cry?” Todd said. “Honestly, I was just quiet, soaked it all in, thought about all the times and all I could do was smile. That smile won’t go away for a while.”

Nor will Charleigh’s role as his good luck charm.

She’s earned that distinction for the rest of her life.