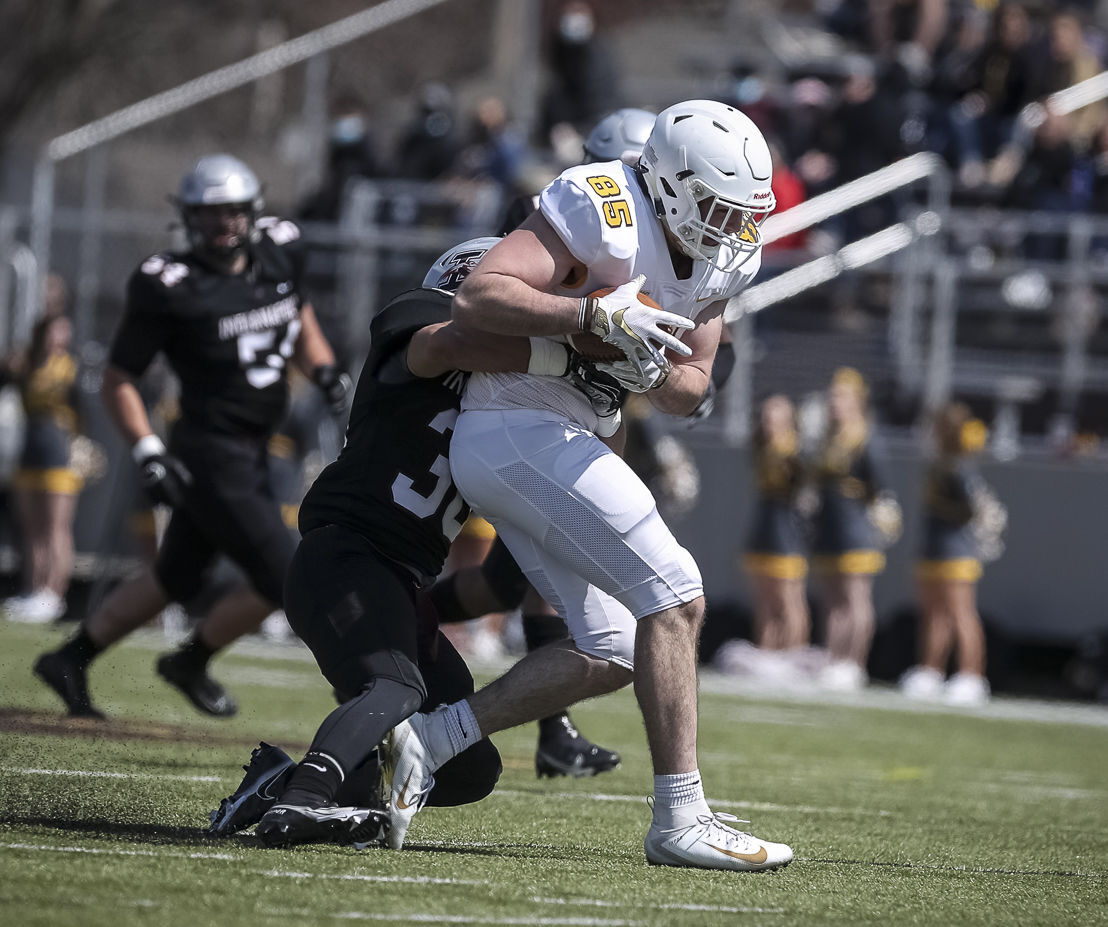 Quincy University tight end Garrett Drew hauls in a pass during the first half of Saturday’s Great Lakes Valley Conference game against Indianapolis at QU Stadium. 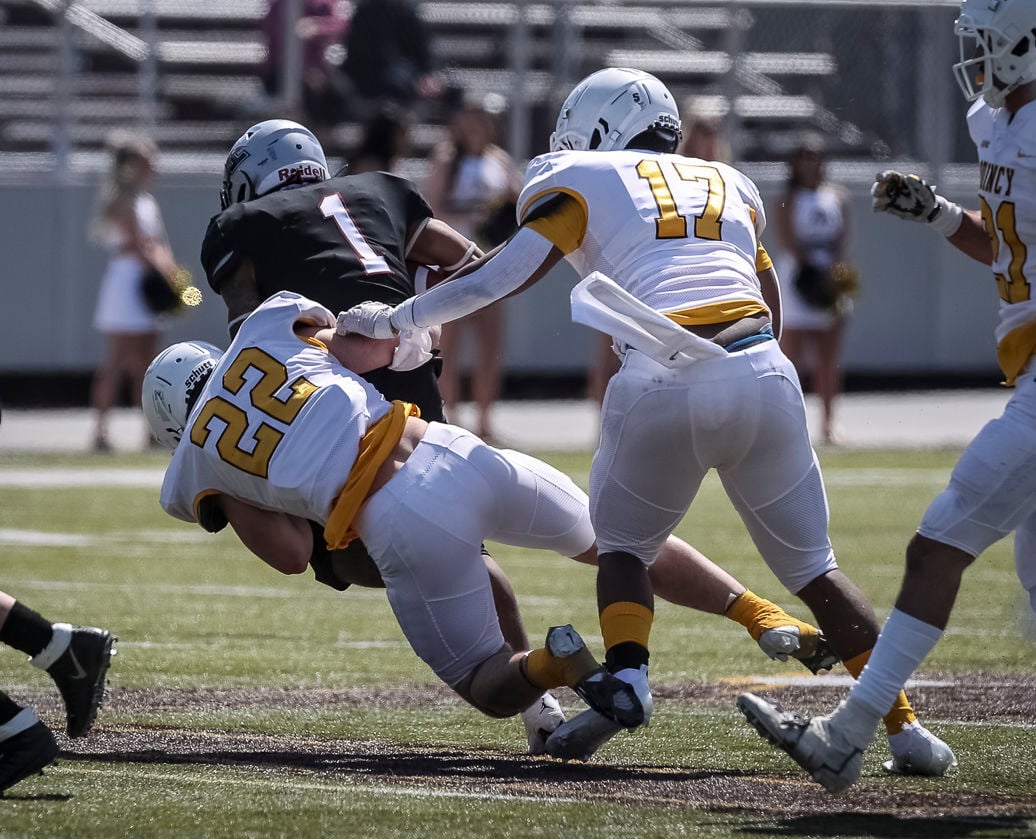 Quincy University tight end Garrett Drew hauls in a pass during the first half of Saturday’s Great Lakes Valley Conference game against Indianapolis at QU Stadium.

QUINCY — The layers of skin worn away from Quincy University linebacker Peyten Chappel’s knees and forearms revealed the raw flesh and turf burns brought about by throwing himself into every play possible Saturday.

For the QU football team’s coaching staff, it revealed so much more.

Despite the 38-0 loss to Indianapolis at QU Stadium to kickstart this truncated Great Lakes Valley Conference season, the Hawks showed some grit defensively, a desire to make plays and the ability to force an opponent earn every yard and point.

“I thought the defense played their butts off,” Chappel said. “Played tough, played hard for four straight quarters. … We made them work for everything. That’s the best we’ve played against UIndy at least in the four years I’ve been here.”

The effort defensively was unrelenting.

“They fought to the absolute bitter end,” QU coach Gary Bass said. “That’s one thing I love about our kids. They don’t quit.”

As true as that is, the defense needs help to survive.

Quincy’s offense drove to the Indianapolis 33-yard line on the game’s opening drive, churning out 37 yards to go with a couple of penalties. On the 12 drives that followed, the Hawks managed just 19 total yards, gave up two safeties and finished the day averaging less than a yard per carry.

“We were able to do some things defensively to give us an opportunity to get rolling on offense. Unfortunately, we never got out of the blocks,” Bass said. “We did not play well at all. We have to find a way manufacture points and yards and first downs to keep (the defense) off the field.”

The Greyhounds, who have won six of the eight GLVC championships since the league started playing football in 2012, were forced to punt on their first two possessions and lost a fumble on the third.

They didn’t score until 53 seconds remained in the first quarter when Frank Bentley took a short pass from quarterback Bryce Stancombe, turned upfield and raced to the right corner of the end zone for a 17-yard touchdown just two plays after the Hawks lost a fumble.

The Greyhounds did that. Stancombe completed 24 of 33 passes for 275 yards, tossing a 15-yard touchdown pass to Joseph Sarabia late in the second quarter and a 4-yard toss to JaQuan Buchanan late in the third quarter. The UIndy run game piled up 191 yards and averaged 4.4 yards per carry.

In the previous three meetings, Indianapolis averaged 302 yards rushing, including a 383-yard effort in 2017 when Chappel was redshirting as a true freshman.

“I just liked our effort mainly,” said Chappel, who finished with 17 tackles and two tackles for loss. “We played hard for four straight quarters. In years past, we wouldn’t have got that. We were down by 26 at half, and most guys would have given up and packed up at halftime. Not this group.

“The effort was good. Effort was the biggest takeaway from today’s game.”

It didn’t mask the issues offensively.

Sophomore tailback Jalen Griffen picked up 13 yards on one run and had zero total on his other nine carries combined. Freshman quarterback Grant Hajicek led the Hawks with 14 yards rushing, while junior quarterback Tionne Harris completed 5 of 13 passes for 26 yards and was sacked twice.

He gave way to Hajicek midway through the second quarter, and the true freshman played the entire second half.

“You give that team free yards on defense and they will exploit you,” Bass said. “You cannot be in first and 15. You cannot be in second and 20. You can’t put yourself in situations where you’re fighting out of a hole against a team of Indianapolis’ caliber.”

The challenge will be to eliminate those mistakes in the rematch in the fall when the GLVC returns to a traditional full schedule.