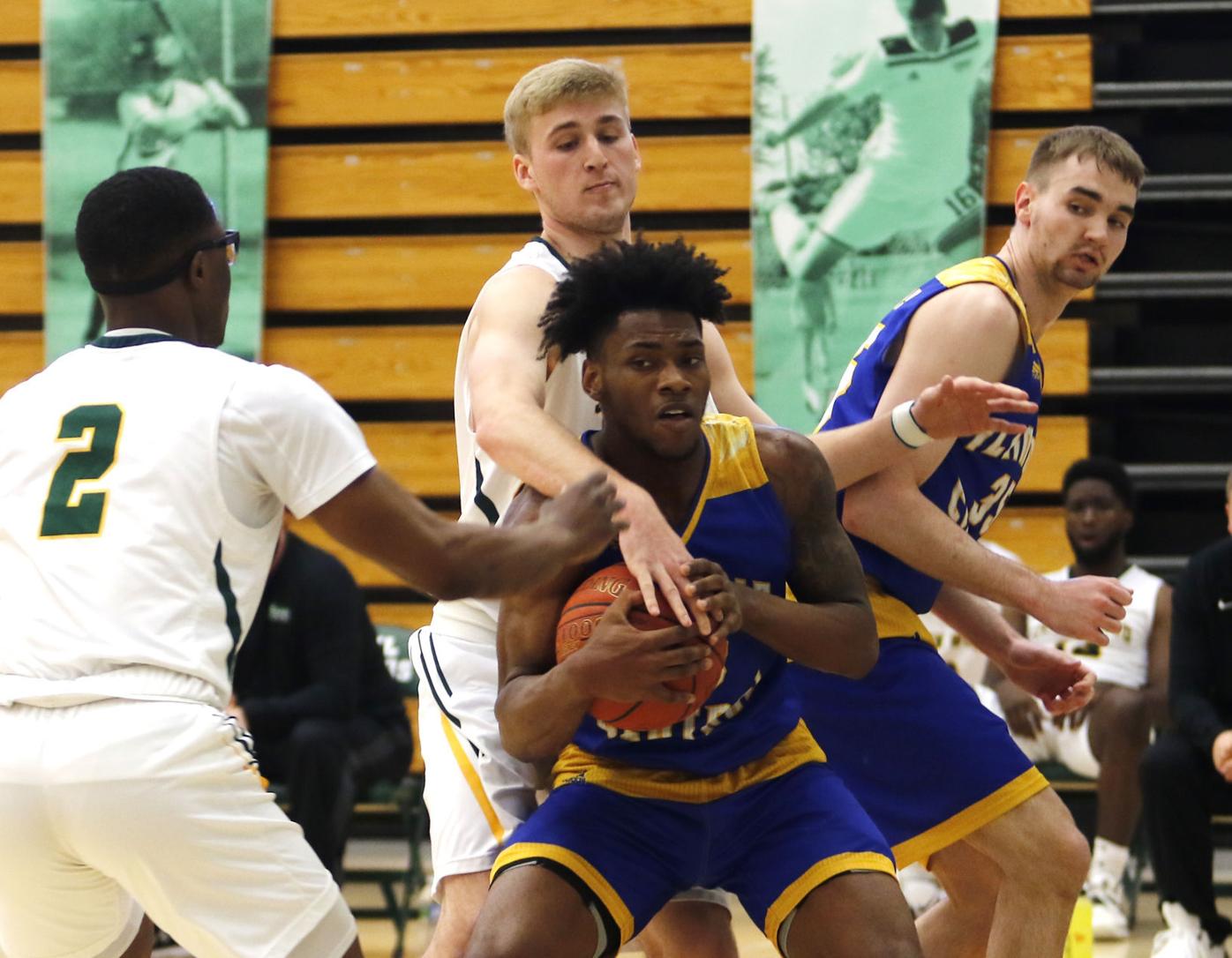 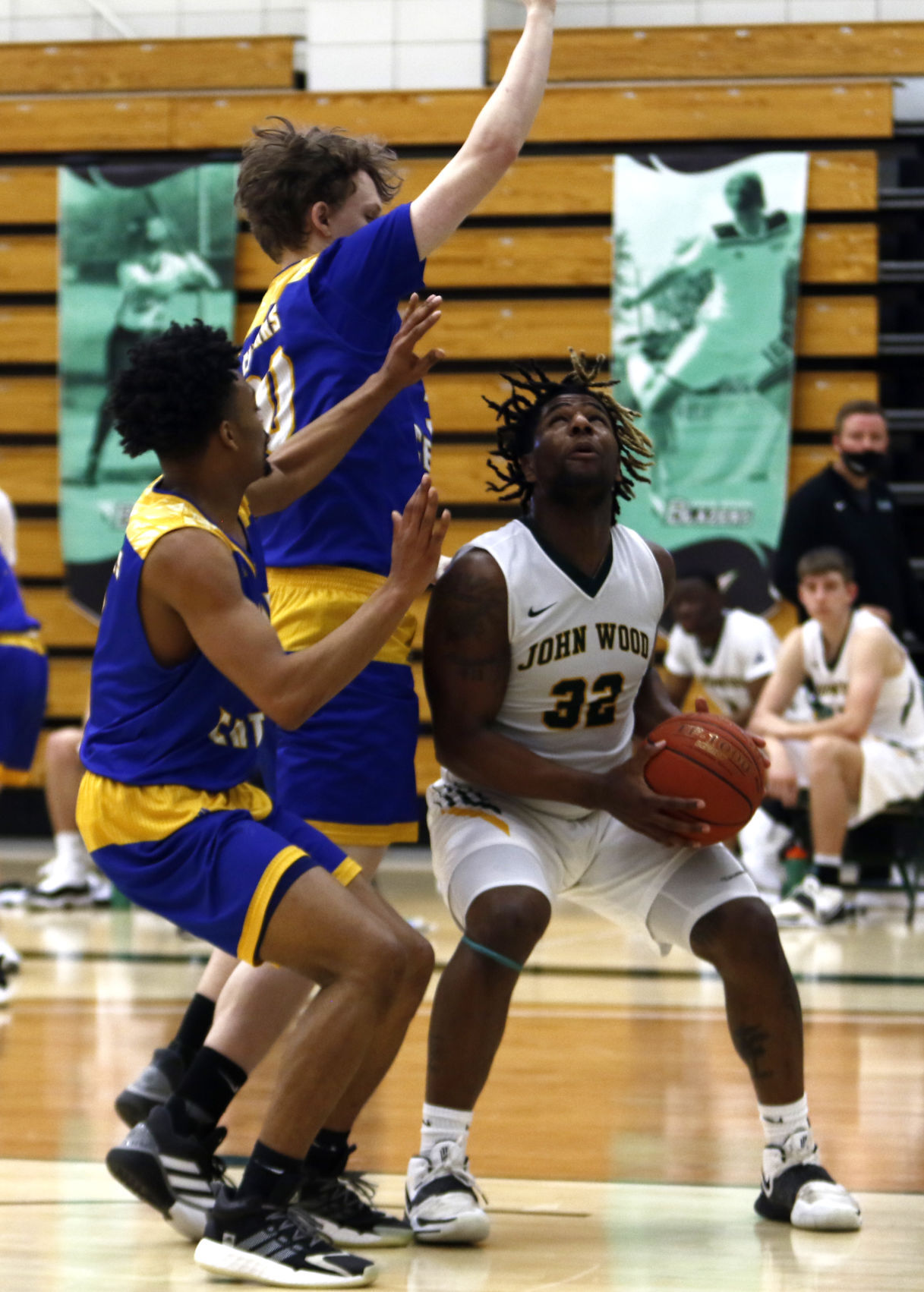 John Wood Community College sophomore forward Jarvis Jennings, right, gets position on the low block and powers his way to the basket during Sunday’s game against Illinois Central College at the Student Activity Center. 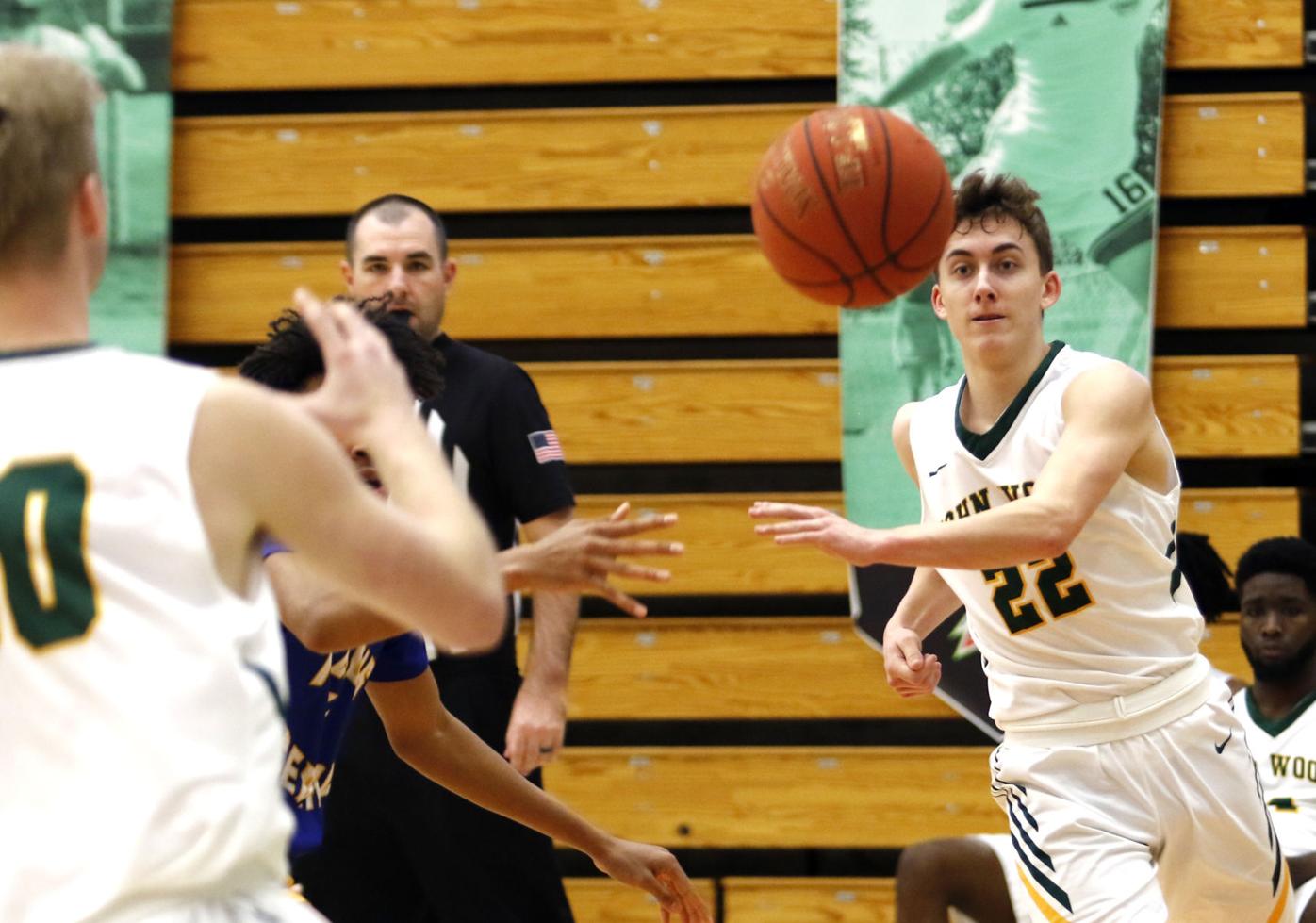 John Wood Community College point guard Gabe Cox rifles a pass to the post where JWCC forward Drake Hammel caught it and got to the basket during Sunday's game at the Student Activity Center.

John Wood Community College sophomore forward Jarvis Jennings, right, gets position on the low block and powers his way to the basket during Sunday’s game against Illinois Central College at the Student Activity Center.

John Wood Community College point guard Gabe Cox rifles a pass to the post where JWCC forward Drake Hammel caught it and got to the basket during Sunday's game at the Student Activity Center.

QUINCY — Ja’Veon Taylor braced for it.

With his cousin, former John Wood Community College men’s basketball All-American point guard Jordan Johnson, in attendance for Sunday’s final home game, Taylor knew every aspect of his performance would be open to some good-natured ribbing following the 78-65 victory over Illinois Central College.

“He jokes about everything,” Taylor said with a laugh. “He had a lot of comments for me.”

One thing Johnson couldn’t criticize, critique or dissect was what the Trail Blazers accomplished.

JWCC won its fourth straight game, and in doing so, captured a share of the Mid-West Athletic Conference championship by matching Spoon River with an 8-2 league record. It was the Trail Blazers’ third straight conference title and fifth in the past eight seasons.

“We had a couple of bumps in the road early on,” sophomore forward Jarvis Jennings said. “We were winning, but it wasn’t the John Wood way. It feels good to be able to come back with a little bit of help and become back-to-back conference champs.”

To make that happen, Taylor and Jennings had to carry the load in the second half when a double-digit lead teetered on the verge of evaporating.

A 25-point edge was whittled to nine with 12 minutes remaining in regulation, but Taylor made a 3-pointer and Jennings scored five consecutive points as part of a 9-3 run to extend the advantage to 63-48 with 8:42 to play.

The Trail Blazers didn’t allow the lead to slip into single digits again.

It’s the impact sophomores are expected to make at this stage of the season.

“It really was,” Taylor said. “(JWCC coach Brad Hoyt) kind of talked to us and said, ‘C’mon, you’ve got to lead this team here.’ He said we couldn’t let that lead keep slipping away. We’ve had a problem with that this year. For us to figure it out was a big thing.”

It’s part of the resiliency necessary to win in the postseason.

The Trail Blazers (15-6) have positioned themselves to be the No. 1 seed in the Region 24 Tournament, which takes place April 9-10. Some changes to the region format necessitated by the coronavirus pandemic mean it will take just two postseason victories to reach the national tournament.

JWCC has won nine of its last 10 games to create much-needed momentum.

“Any win we get will get us a push,” Jennings said. “But I don’t think we’ve played our best basketball yet. I feel that’s the scary part about us.”

Sunday showed that. A dominant first half defensively in which the Trail Blazers built a 45-26 advantage was highlighted by limiting the Cougars to 0-of-6 shooting from 3-point range. The second half got a little sloppy at both ends, even if the Trail Blazers smoothed things out over the final eight minutes.

“We’re still fighting for consistency,” Hoyt said. “Our sophomores have been here before, and they kept us organized. We figured it out.”

Jennings scored 16 of his game-high 24 points in the second half, while Taylor finished with 11 points despite being limited to 15 minutes due to foul trouble. Freshman forward Overton Jefferson III added 11 points off the bench.

“To have a team of young guys come in here and be ready to go was a great thing,” Taylor said. “This was a great experience.”

“Today was a championship moment for us. They can’t take that away from this group no matter what happens the next couple of weeks. You have to enjoy the wins. You have to have fun with it.”