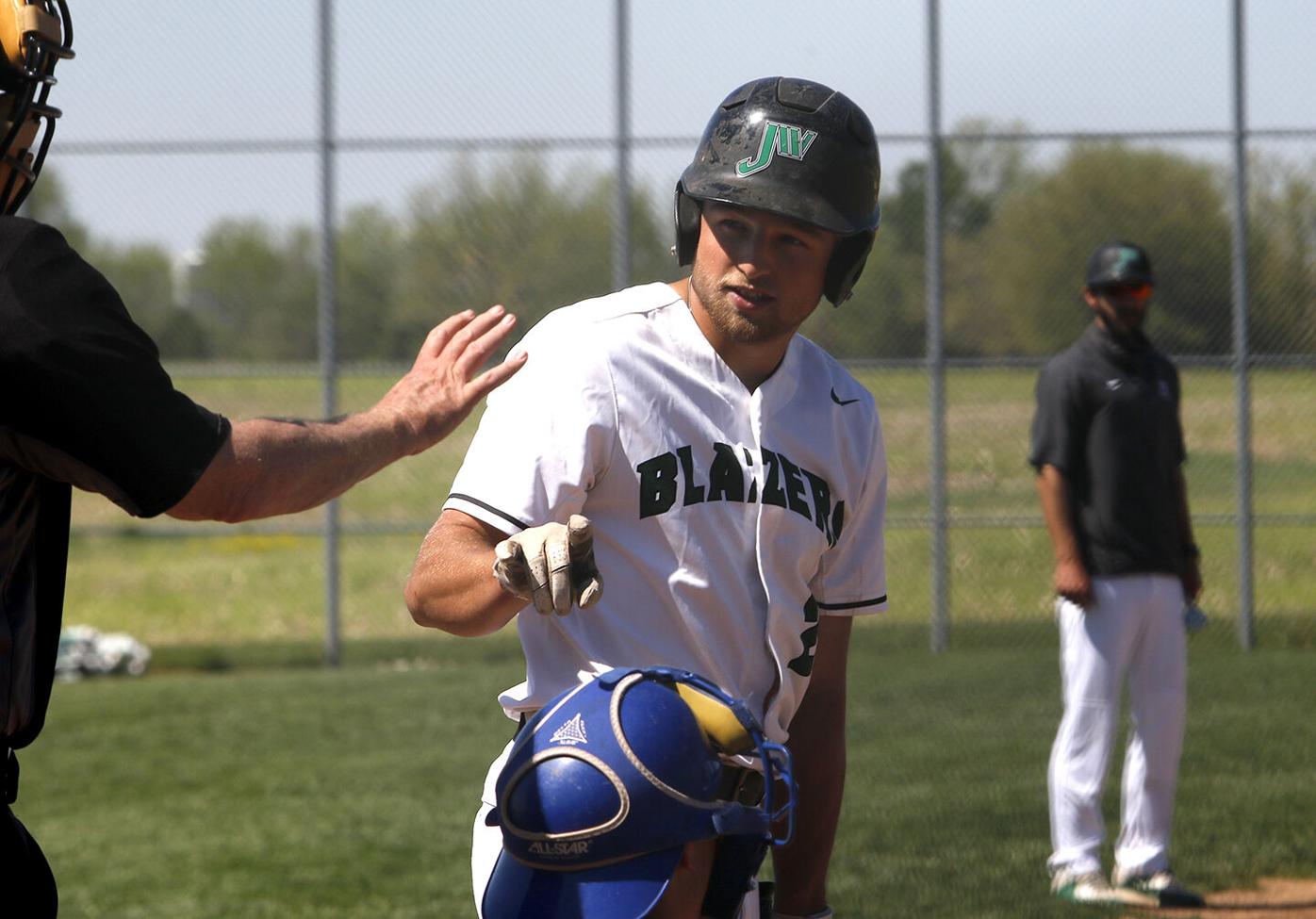 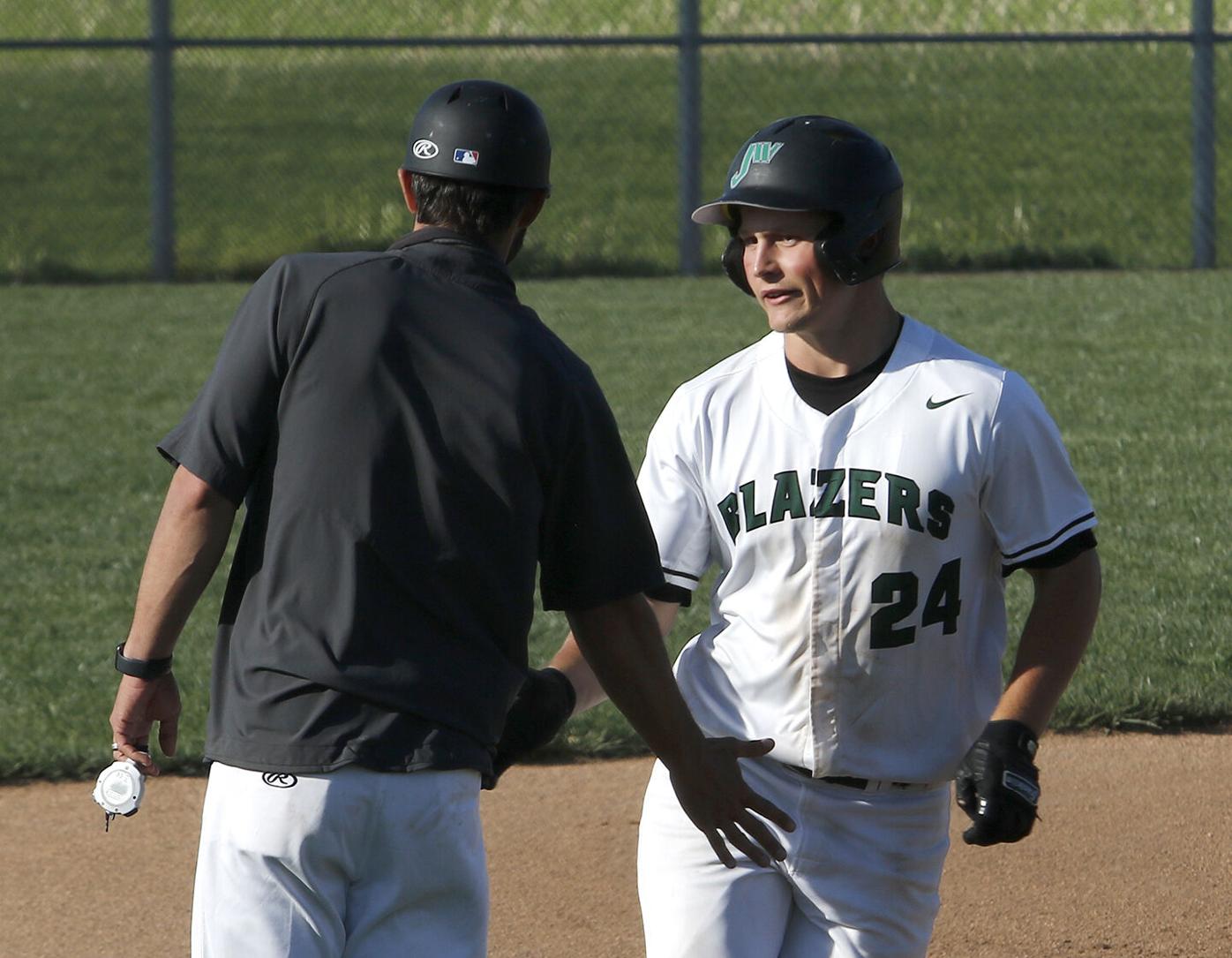 “So we have to celebrate the small victories, whenever they are,” Hightower said.

That’s how the postgame video interview came to be.

A year ago, before the coronavirus pandemic shut down everything, the Trail Blazers were using short one-on-one video interviews posted to social media platforms to highlight their successes. The player conducting the interview often changed with Hightower getting in the mix a time or two as well.

This season, when Hightower brought the idea back, he handed the interview reins over to middle infielder Luke Jansen and it’s turned the short clips into appointment viewing.

“This year’s interviewee has taken it to a whole other level,” Hightower said. “It’s been really entertaining.”

Not only have the Trail Blazers been able to string victories together and earn themselves a spot in the Region 24 Tournament, allowing for more opportunities to record videos, but they’ve shared their personality and joy with a wider audience than ever before.

“We’re always having fun,” said Jansen, a Unity graduate. “If you get too serious, too locked up and you don’t have any fun, then the game’s no fun. We have a bunch of fun guys on the team. Obviously, you get to see it through the camera, but we get to see it every day.

“We probably annoy Hightower sometimes, but that’s OK. We have a lot of fun.”

It’s the kind of personality that makes this an easy team to embrace.

“It’s been a ton of fun to watch. They do the same thing in practice. They’re a little loud at times, but they enjoy each other. We enjoy being around each other.”

Winning helps with that, too.

The Trail Blazers went 6-2 in their final eight games, finishing the regular season at 24-30. They will open Region 24 Tournament play Wednesday at the Corn Crib in Normal, Ill., as either the No. 5 or 6 seed, depending on the outcome of other weekend games.

“We have to play the game the right way and play together,” said pitcher Donovan Prost, a Quincy High School product. “That’s what has happened these last few weeks. We’re playing our best baseball at the right time because everyone has bought into the process.”

After losing three of four games to Danville and getting swept by Parkland early in the Mid-West Athletic Conference schedule, the Trail Blazers’ season could have gone an entirely different direction.

They wouldn’t let. JWCC took three of four games from Vincennes (Ind.) the following weekend to alter its course.

“The biggest thing was not getting down too much and giving up,” Jansen said. “We got some confidence and it put some winds back in our sails.”

That’s created the belief a region title isn’t out of the question.

“It’s a game-changer,” Jansen said. “If the region tournament was right after we lost to Parkland or got swept, it would be a whole different story. Going into it the way we are, we’re sitting pretty well. We’re never out of it, which is always good.”

If things get stressful, they know how to stay loose.

“We’ve had a couple close games and some walk-offs this year,” Jansen said. “If you get too tight, it’s easy to choke on situations like that. We didn’t do that. That’s because of our personalities. We’re relaxed. We’re loose. We’re having fun when we’re playing.

“It’s something Coach talks about, but when you have 30 guys who actually do it, it helps a lot.”

Those guys are connected. Several of them are area products, such as third baseman Lucas Loos, the Payson Seymour graduate who has tied the single-season program record with 25 doubles and is coming off a weekend series in which he hit four home runs.

QHS product Cole Parkhill threw a no-hitter the previous weekend, while another Blue Devils’ alum, Trevor Wiemelt, has been a lineup mainstay. Throw in a handful of other area products along with some regional recruits and it creates a wholesome vibe.

“Being able to go around town and have people ask how things are going is neat,” Prost said. “Being able to represent the school as a local kid is special. This year’s group is super tight-knit with a lot of local guys I’ve competed against my whole life but now they’re my best friends.”

And they’re showcasing just how much fun playing the game can be.